Owners are turning to cannabis-based products to help pets with anxiety and pain relief. While some say it's working, experts say "Be careful." 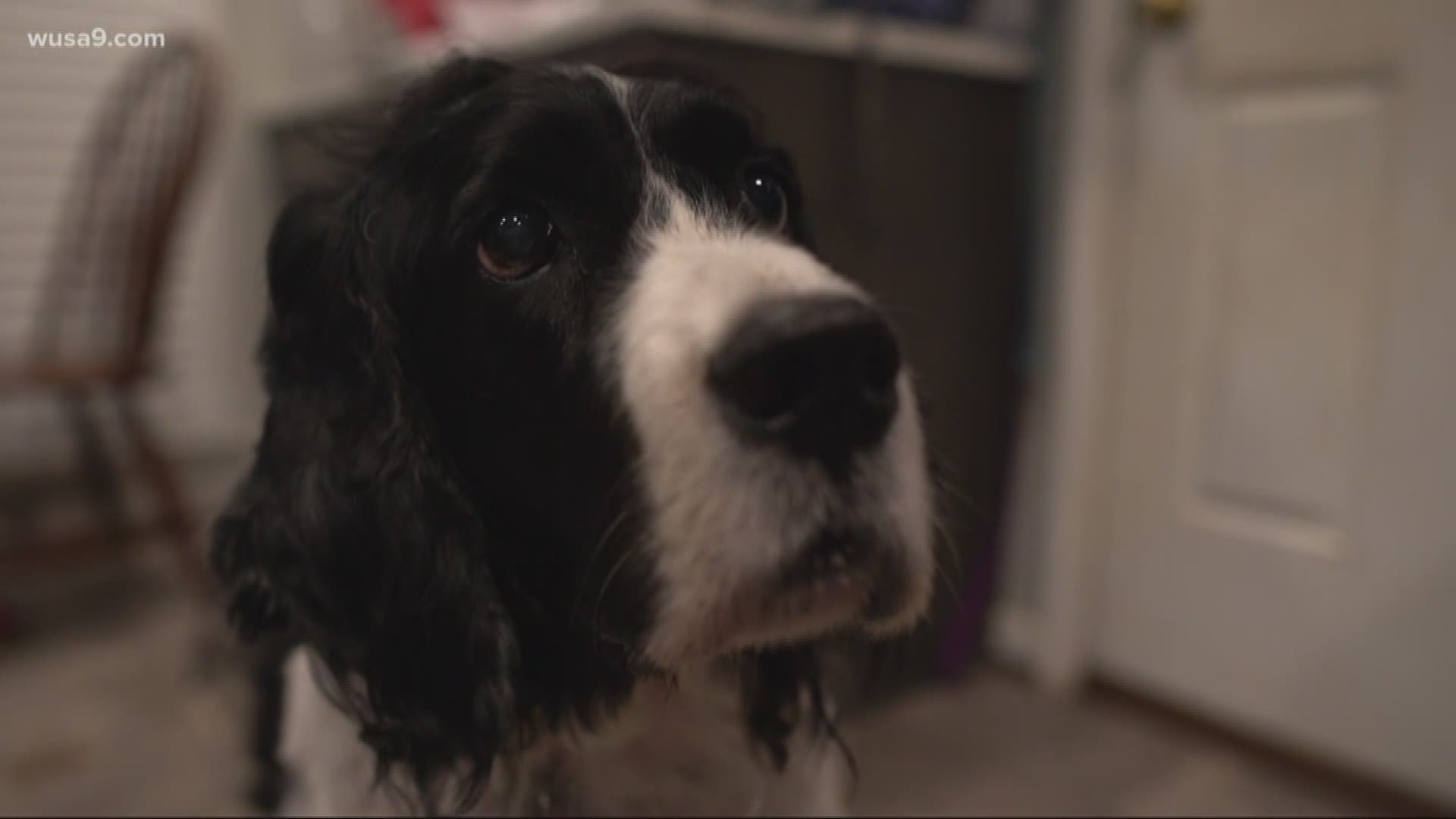 CENTREVILLE, Va. — Pet owners Tania Burrell and Andrea Austin do not know each other, but their pets share the same problem: pain.

A few weeks ago, Burrell's cat "Queeny" could barely walk, let alone stand, at her food bowl. Her legs would slide away from each each other as if she was doing a split.

Burrell felt she was running out of options to help her 19-year-old cat who suffered from arthritis.

"It was really sad," Burrell said. "I didn't know if we'd have to make any decisions for ending that (chronic pain)."

Austin has three rescue dogs: Jed, Molly and Belle. Sitting on the couch, with Belle's head on her lap, she explained how much they have been through.

The dogs were all abused or neglected before she gave them a new life. Now, in their older age, Belle is blind in one eye and losing her sight in the other. Molly has the onset of dementia and Jed has anxiety. They are all dealing with arthritis.

Credit: WUSA9
Jed, Molly and Belle all use hemp supplements for pain.

"We were really struggling to manage his arthritis pain," Austin said about Jed. "His back was so painful that if you touched him, he'd flinch. His movements were so stiff hat he had to rock to get up."

"We maxed out of medications," Austin said.

Burrell and Austin see a vet who specializes in alternative medicine and both were advised to try something new -- cannabis-based supplements for their pet.

Each use hemp products containing cannabidiol or CBD, a chemical compound that has been associated with relief for chronic pain, anxiety, nausea, sleep disorders and more. It is one of 113 cannabinoids found in the cannabis plant.

There are no psychoactive effects like the high from marijuana because THC levels are extremely low. Industrial hemp, with THC levels of 0.3 percent or less, became legalized under the 2018 Farm Bill that President Trump signed into law.

When asked how she felt about the initial recommendation, Austin said. "I was a little nervous, but I felt it was worth a try."

Burrell and Austin said they have seen positive results. It has been a month since Burrell started putting two drops of lemon-flavored hemp oil on Queeny's food per day.

1 / 3
WUSA9
Queeny gets two drops of hemp oil on her cat food twice a day.

Within two weeks, she said her cat was walking normal, even running around the house. Her legs were no longer dragging.

Austin has seen improvements with her dogs, too. They do not like the oil so she gives them granulated capsules with liverwurst, their favorite snack. She said she saw improvements within a week.

"(Jed) stopped flinching and was able to get up easily like a puppy again," Austin said, describing the progress in her dogs. "I love my dogs. They're my babies. I want them to be comfortable."

While pet owners have had success with hemp products, the Food and Drug Administration (FDA), said people should understand the risks.

There has been more anecdotal evidence than scientific research. There is also concern about the regulation process for different products on the market.

"The FDA has not approved cannabis for any use in animals and that the agency cannot assure the safety and effectiveness of these products," a statement from the agency said.

Vet neurologist Dr. Joli Jarboe, who also specializes in cannabinoid supplements and is a proponent of them, gives advice for pet owners interested in using them. She said to consult with your vet and read the fine print.

"Looking for a quality hemp product should be USDA sourced organic, which is free of toxins, pesticides, fertilizers and metal poisoning," Jarboe said. "When you buy a hemp oil and it's very inexpensive, there's probably a reason for it."

She also said the product should be free of Xylitol, a sweetener found in plants that is used as a sugar substitute. It can hurt your pet.

"Xylitol can cause life-threatening hypoglycemic reaction, especially if they got a hold of the whole bottle," Jarboe said.

So, best advice: Consult with a specialist, like Burrell and Austin did, before helping your furry friend. 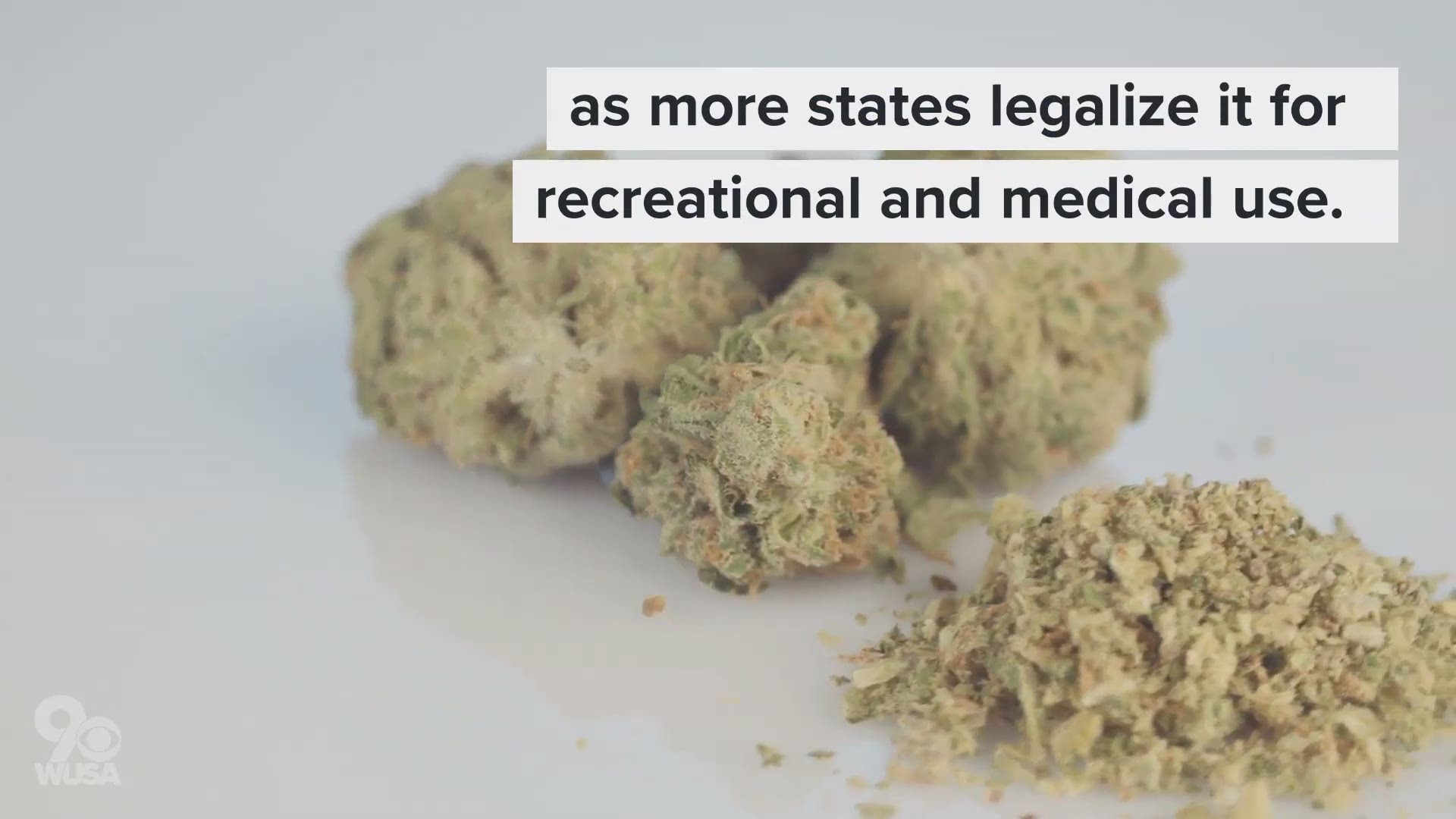