Three to four inches fell per hour over the District, Maryland and Virginia on Monday morning, causing drivers to be trapped, road closures and sinkholes. 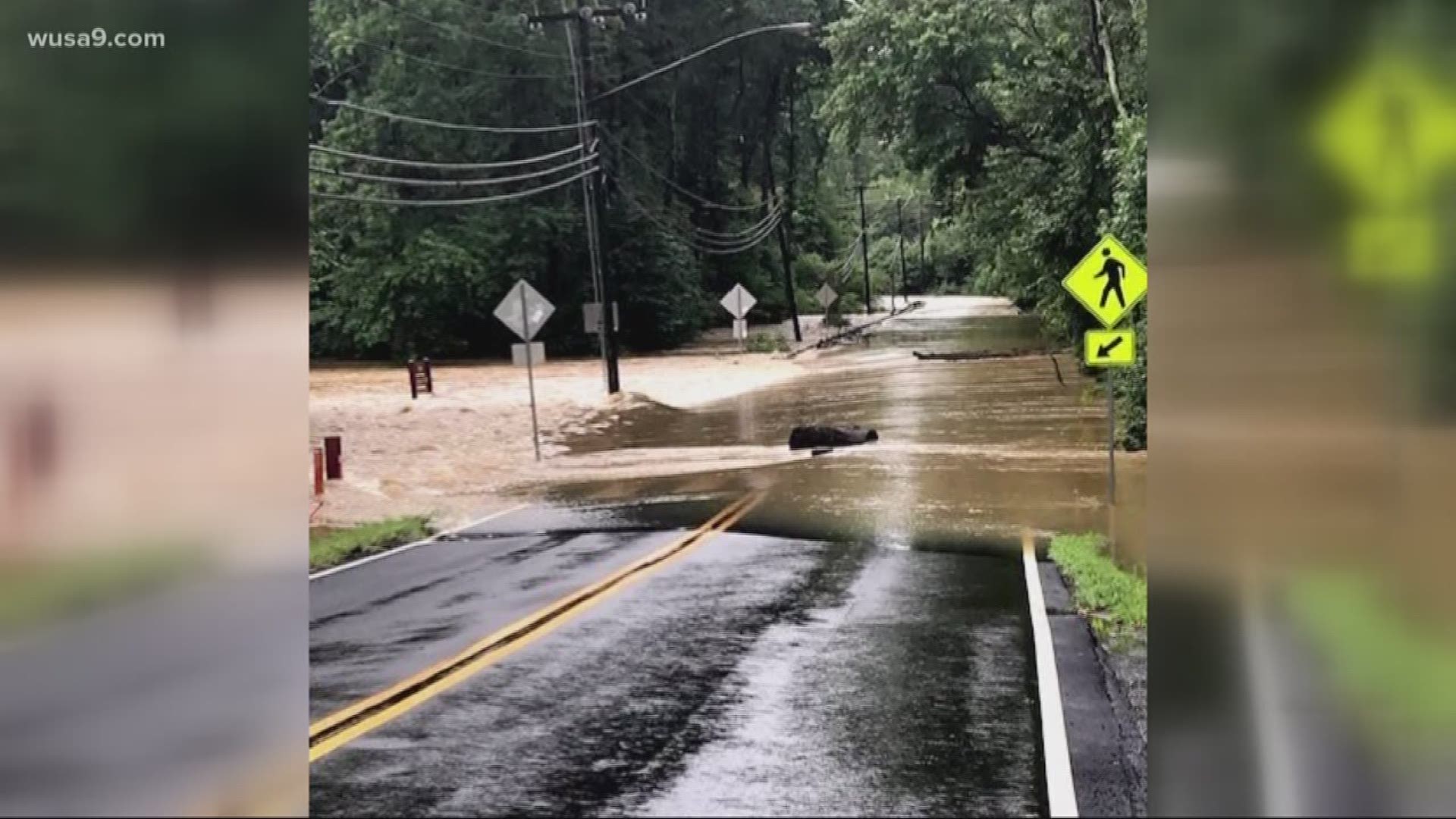 FAIRFAX COUNTY, Va. — Three to four inches fell per hour over the District, Maryland and Virginia on Monday morning, causing drivers to get trapped in high waters, road closures and sinkholes. The effects are still being felt on Wednesday.

The following roads are closed in Fairfax County as a result of storm damage.

The Virginia Department of Transportation said it cleared more debris from Kirby Road, but it will be closed for some time.

More barricades have been added to keep people from going around the barriers to walk or bike on the damaged road.

In Montgomery County, these roads are closed:

The rainfall was so powerful that at least two sinkholes appeared after the storms. One sinkhole was reported at Fenway Road and Carderock Springs Road in Bethesda, Md. The other was reported on Belfast Road in Potomac, Md.

Belfast Road is the only access road into the community of approximately 75 houses. It has reopened, but caused a major headache for residents.

In Washington D.C., there were 15 water rescues.

RELATED: A month's worth of rain fell in the DMV in less than two hours Monday

RELATED: DC FLOOD MAP: Where in the District has the highest risk?