A new report from the Environmental Working Group found high levels of PFAS, known as "forever chemicals," in D.C. and Maryland. 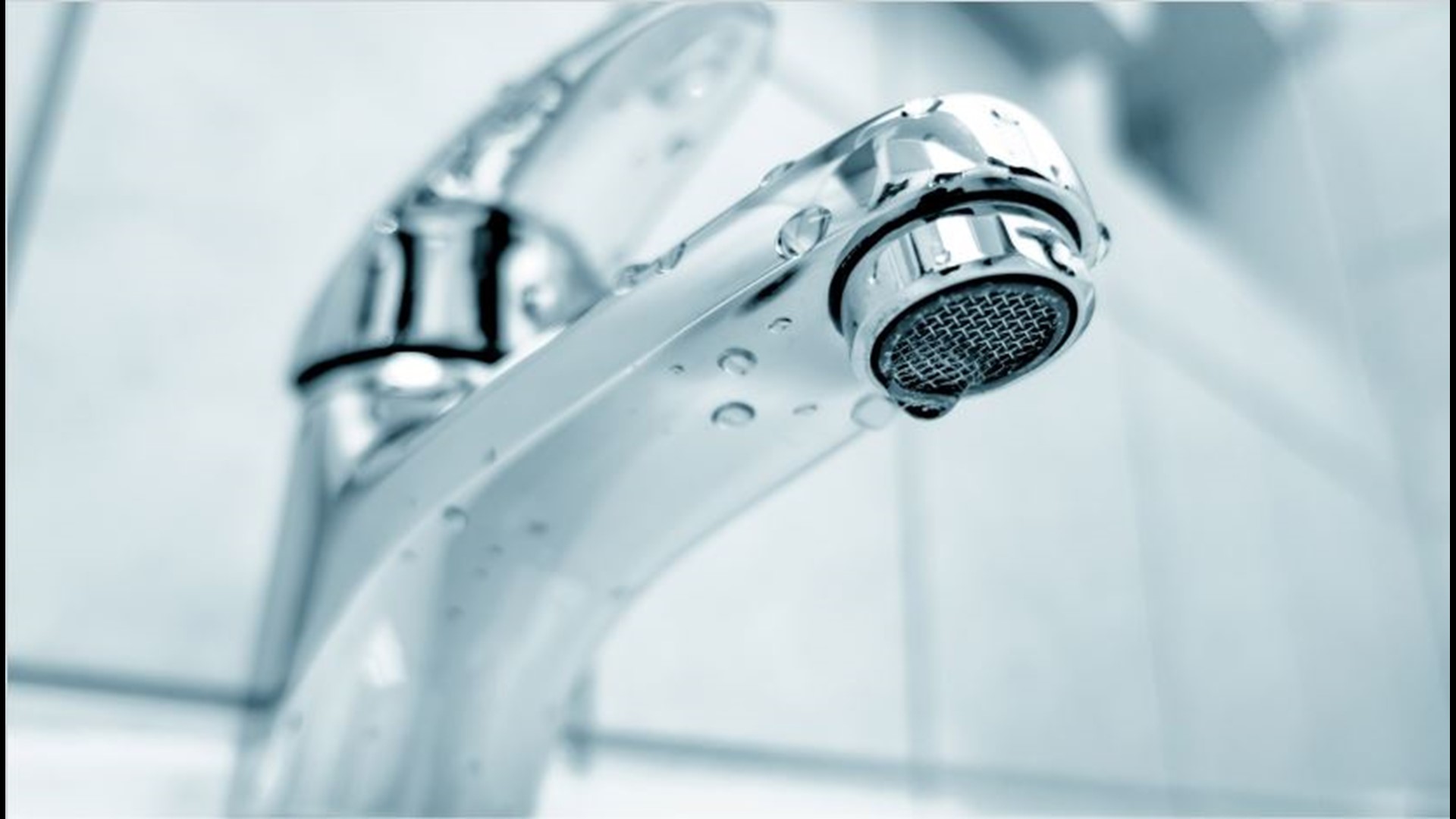 WASHINGTON — For most of us, tap water plays a huge role in our daily lives. You use it to cook, wash your hands, maybe you even drink it. A database of tap water tested from around the country shows that there could be more coming out of the fountain than just H20.

The Environmental Working Group's Tap Water Database allows users to type in their zip code to to see the potential toxins in their tap water.

We typed in several zip codes from D.C., Virginia and Maryland to see what the database would uncover.

For D.C. zip code 20016, EWG's database detected 36 contaminants, including arsenic at 0.137 ppb (parts per billion). EWG's health guideline for arsenic is 0.004. The World Health Organization has identified arsenic, including arsenic in drinking water, as a carcinogen.

The Environmental Protection Agency has a legal limit on arsenic of 10 ppb in drinking water. The WHO also has a  provisional guideline value of arsenic levels which is 10 ug/L (micrograms/liter), which is the equivalent to 10 ppb.

Next we typed in zip code 20815, covering Chevy Chase, MD. The tap water database found 13 contaminants, including nitrate, nitrite and trihalomethanes or TTHMS. According to EWG, all three chemicals have the potential to cause cancer.

The database detected the levels of nitrates and nitrite at 1.11 ppb. EWG's health guideline is 0.14 ppb, but the EPA's legal limit for nitrate and nitrite is 10 ppb.

In Virginia we checked out the tap water in Fairfax, using the zip code 22030. The EWG database found 26 contaminants including bromate. The database found a bromate level of 0.462. EWG's recommended level is 0.1 while the legal limit in drinking water for bromate is 10 ppb. EWG sites a cancer concern with bromate.

According to New York State Health Department, bromate can form during the disinfection process of water. When ozone that is used to disinfect the water reacts with bromide, bromate can occur naturally.

On the department's website New York Health officials said most people may not experience a negative health impact from bromide. Here is a statement from the website:

"Assuming an adult drinks about two quarts of water a day at the drinking water standard of 10 micrograms per liter, their exposure is about a sixth of that level. The increased lifetime cancer risk from drinking this water everyday poses a moderate risk level of about two in ten thousand. These exposure and risk estimates are likely to be overestimates since most people would not consume two quarts of water containing bromate at the standard for their lifetime. "

New York health officials noted that people who ingested large amounts of bromate experienced symptoms such as  nausea, vomiting, diarrhea and abdominal pain and that bromate could cause health effects in kidneys.

RELATED: What's with the weird color of tap water in Md.?

GETTING THE TOXINS OUT

Toxins in tap water sound scary, but there are ways to filter out or reduce your exposure to the stuff that you don't want to be exposed to.

Some of the most effective filters include activated carbon, reverse osmosis and ion exchange.

Reverse osmosis is among the most effective ways of reducing toxins from water. There are a variety of filters ranging from those have to be installed by a professional to counter-top versions. Some grocery stores also sell reverse osmosis water in the DMV for as little as 35 cents a gallon if you bring your own bottle.

RELATED: BWI has some of the best airport food in the nation, study says