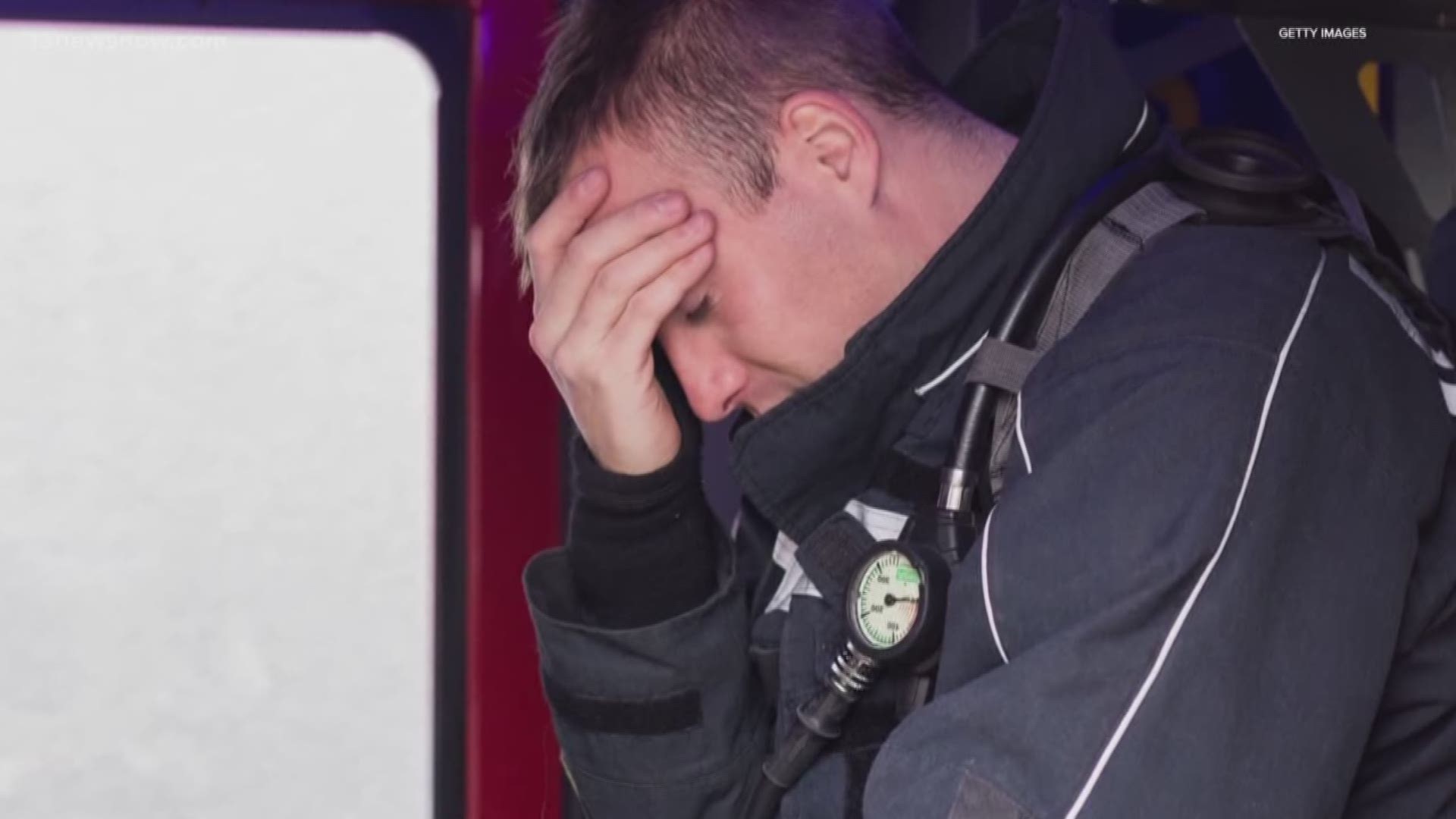 NORFOLK, Va. — They’re the first to arrive, confronting some of the most difficult and traumatic situations.

While they dedicate their lives to helping others, many firefighters and other first responders fight a battle of their own: Post-traumatic Stress Disorder (PTSD).

During a press conference Wednesday, the president of Norfolk Professional Firefighters said it’s hurting members of his community.

“For years we've always had the statement, ‘suck it up buttercup,’ but those days are over, we realize that our members are being affected by PTSD and we need to do something about it,” said Lawrence Brown.

Help may be on the way.

This week, the Virginia House and Senate passed two bills that would recognize PTSD as an occupational disease.

House Bill 438 and Senate Bill 561 would help those affected by PTSD by making them eligible for workers' compensation and treatment. The bills also propose training individual fire departments and other first responders to identify the signs of PTSD with the goal of preventing suicide.

Erin Rice, Director of Government Relations for Virginia Professional Firefighters, worked to get the legislation passed.

“According to the Firefighter Behavioral Health Alliance, 122 firefighters and EMT’s committed suicide last year. I can tell you at least two of those were from Virginia,” said Rice.

“If you’re on a fire ground, or on an emergency call, and you hurt your back, workers comp will treat that as a work-related injury. But if you have that mental injury from seeing a horrific scene, they don’t treat that,” said Detrick.

The hope is the legislation will improve the lives of those who dedicate theirs to helping others.

Both bills will go through the committee process and lawmakers must pass one version of the bill before it heads to the governor’s desk.