Maryland to help retirees booted from RX plan for one year

Thousands of state retirees will be pushed out of the Maryland state employee prescription plan. If they're eligible, they will have to sign up for Medicare instead. Seniors complain the benefits are no where near as good. 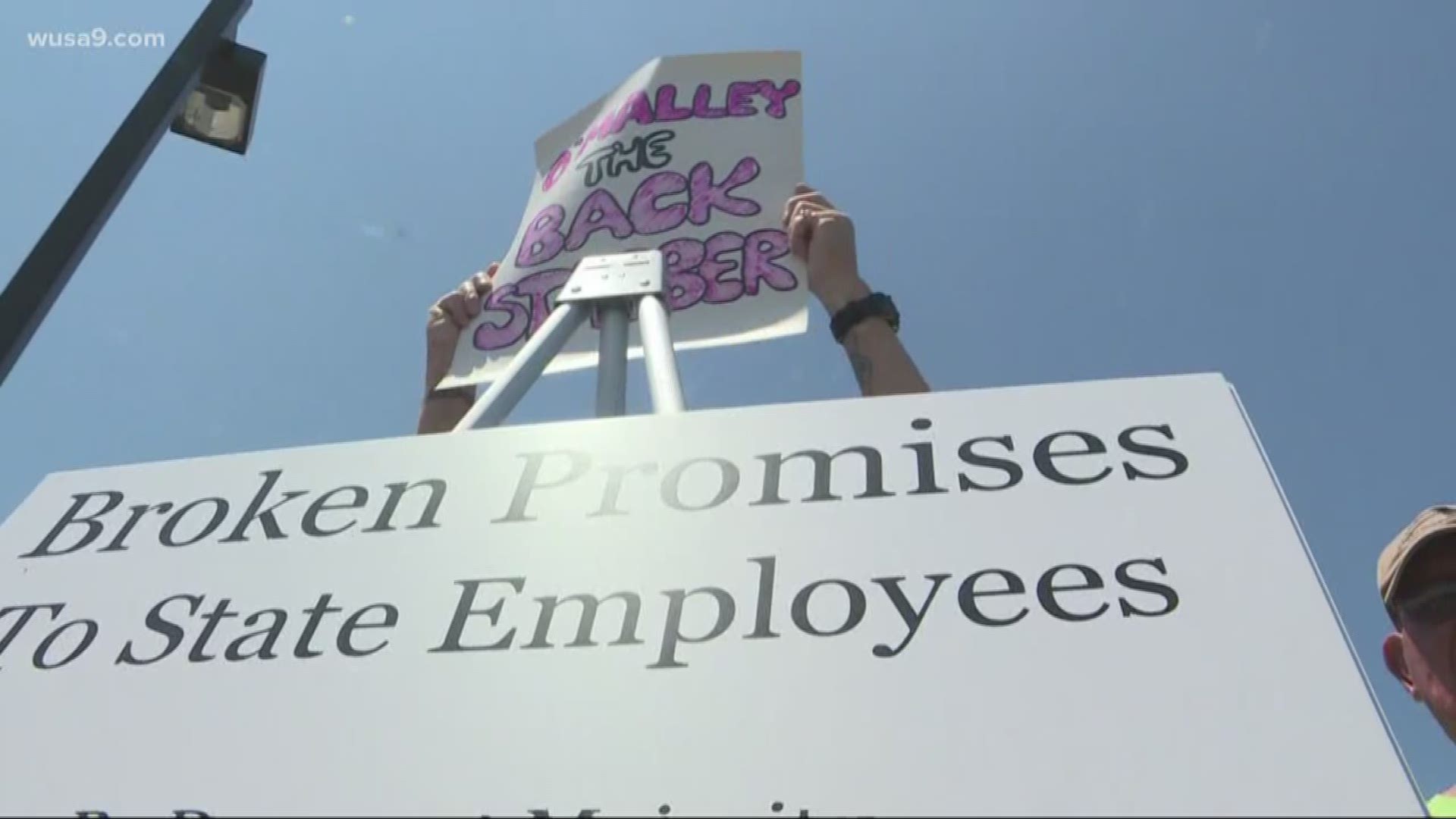 HAGERSTOWN, MD -- Grandma and grandpa may soon be hitting you up for help.

Come January 1st, tens of thousands of Maryland state retirees are getting booted out of the state prescription plan. They'll have to use Medicare instead and it could cost them a lot more.

Score of retirees rallied outside a Walgreens in Hagerstown, Md. on Thursday.

"Oh I'm very upset," said Paul Foltz, 65, a retired captain from the Roxbury Correctional Institution. "Since I retired, I've gotten Lupus, arthritis, and thyroid problems. Beau coup meds. Without this, it's going to cost me dearly."

The retirees are furious at word they'll soon be off the state prescription plan.

"This is going to cost me about $200 a month additional, on top of what I already pay," said Frank Kronawetter, a retired prison guard.

The move has been in the works since 2011. But when the feds closed the so-called "donut hole," expanding prescription benefits to middle income retirees, the Maryland legislature moved up implementation by six months.

The move will save the state millions of dollars in the short run, billions over the long run. But the conservative state delegate from this area said it's just not right.

"We need to be fiscally responsible," said Del. Neil Parrott, (R-Hagerstown). But this... is a promise to Maryland state employees, who are now retired, and we're saying forget it."

The Hogan Administration has cast blame on the Democratic former governor.

"Prescription coverage for Medicare Part D-eligible retired state employees is ending due to legislation passed under the previous administration, and the timeline was expedited during the past legislative session over our administration’s opposition," said Erick Shirk, a spokesman for the Office of Budget and Management, via email. "(T)he administration is currently working with legislative leaders to evaluate potential solutions to provide relief for impacted retirees."

What that relief might be is still a mystery. Alexandra Hughes, a spokeswoman for House Speaker Michael Busch, (D-Anne Arundel County), offered only a vague response.

"Delegate Parrott probably should have asked the Speaker, (Senate) President or Governor what the plan was first."

The change only hits retirees eligible for Medicare Part D, but there are thousands of them.

On Friday, Governor Hogan announced that the state will offer a one-year transition program that will reimburse all out-of-pocket expenses over $1,500 for the retirees.

The Department of Budget and Management and the General Assembly will also continue to help retirees through the existing Senior Prescription Drug Assistance Program to help with the coverage gap costs during this transitional period.

Enrollment for Medicare Part D Plans starts October 15 through December 7, 2018 for coverage starting January 1, 2019. For more information regarding the change and how to enroll, you can call Medicare at 1-800 MEDICARE.