The Walt Whitman High School senior and track star was diagnosed with an aggressive form of Leukemia last month. He's been in an Intensive Care Unit ever since. 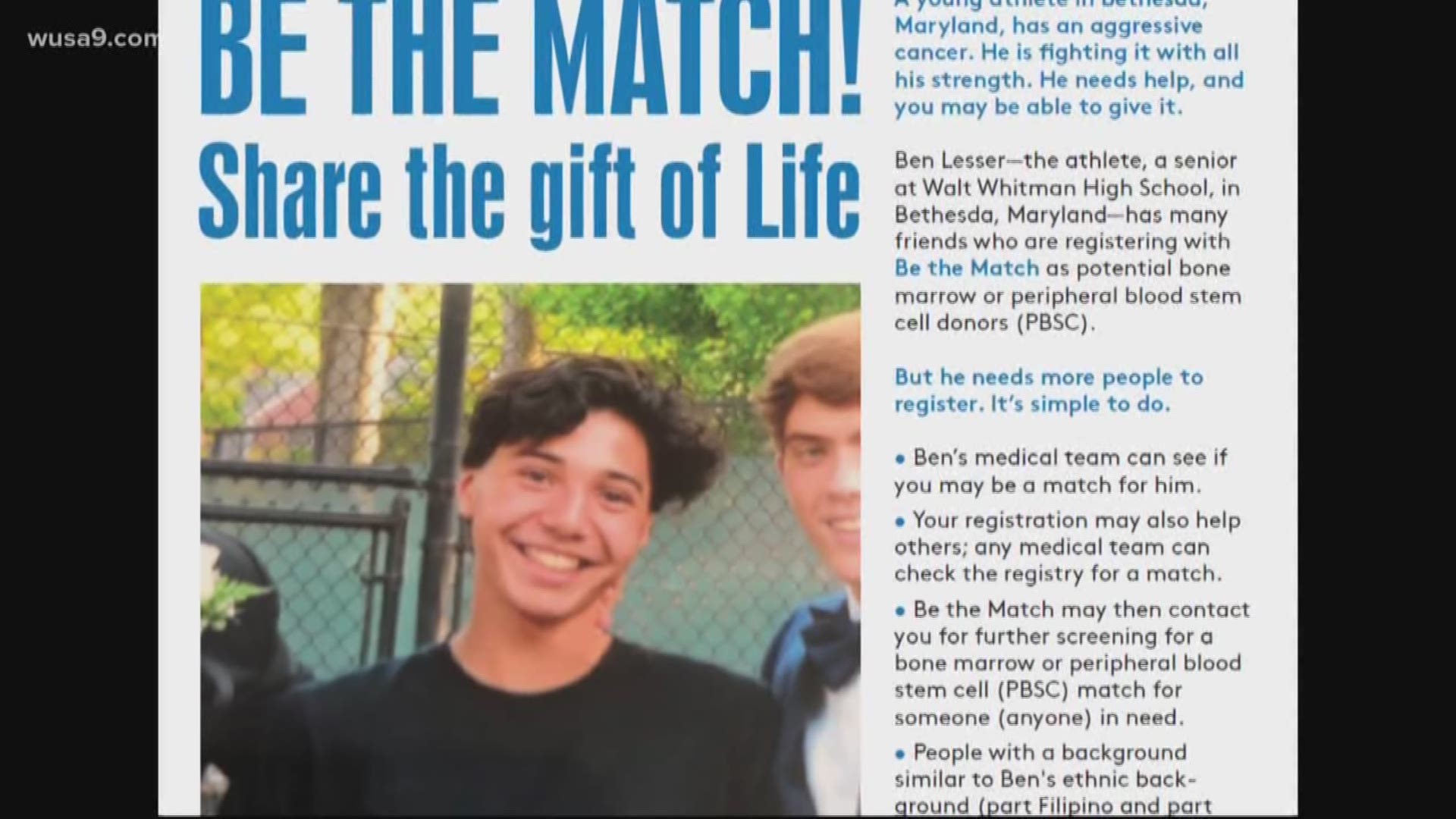 BETHESDA, Md. — Ben Lesser celebrated his 18th birthday on Tuesday. But instead of a party with friends or dinner with family, the Bethesda native spent his golden birthday in the intensive care unit at Georgetown Hospital.

A senior at Walt Whitman high school, Lesser is a popular track star who up until a month ago, was a healthy kid. Family friend Elise Yousoufian said Lesser went to the doctor on month ago, complaining of flu-like symptoms and a rash. He was diagnosed with an aggressive form of Leukemia and has been fighting for his life ever since.

"Ben is a fighter, he’s athletic, he’s strong and he has a tremendous will to live," Yousoufian said.

Lesser is now in desperate need of a bone marrow transplant, according to Yousoufian.

"The cancer is killing those cells and they have to be replaced," Yousoufian said. "Nobody can live without them, so it’s life or death."

Yousoufian said Lesser's medical team checked him against the 29 million people already on the national donor registry, but there were no matches. His friends, many of whom are too young to sign up themselves, have started a social media campaign urging people to register to be a bone marrow donor through the "Be the Match" website in hopes of finding a donor match for Lesser.

The registry is looking for people between the ages of 18 and 44 and is especially in need of diverse donors. Yousoufian said although anyone could be a match, it’s possible those who share Ben’s Fillipino and European heritage could increase the chance of finding a match.

Yousoufian is tracking the number of people they've encouraged to register through Be The Match, and so far, 238 people have signed on.

"He’s someone who tells you that life is very precious," Yousoufian said. "And you just want to help him. And by helping him, you’re helping everybody."