Three students in the Seattle area have died from what appears to be overdoses on fake Oxycodone. the drugs are actually laced with fentanyl. 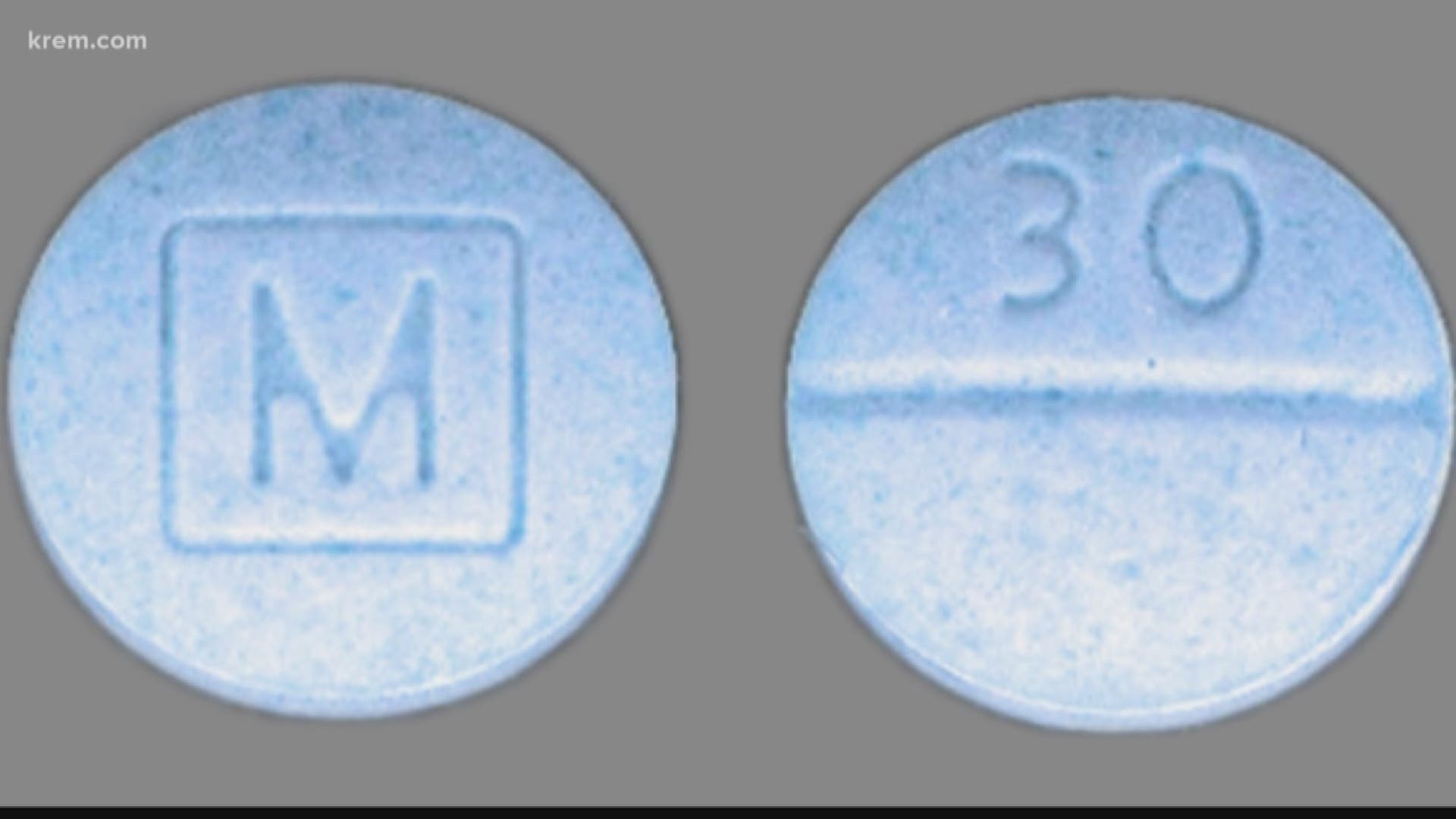 The Center for Disease Control credits synthetic pills laced with fentanyl to a spike in overdose deaths across America.

Most knockoffs are bought on the street, which makes it harder to see the difference between something prescribed by doctors. The Spokane Police Department said the drug is something the narcotics unit has come by while on patrol.

“Usually, the primary ingredient becomes fentanyl, as far as the part that will get you high,” said SPD Sgt. Terry Preuninger. “The problem is you have no idea what you purchased or where any of this stuff came from. They can be fabricated to look exactly like an Oxycodone pill.”

The knockoff often goes by the nickname “Mexi Blue” and “Roxy.” Both pills have a distinctive blue color and share similar traits, but the fakes have an 'M' on one side and a '30' on the upper half of the other side.

The Spokane Regional Health District said they aren't aware of any situations in Spokane that are similar to what has happened in King County.

The SRHD recommends if you or someone you know has a problem with any type of opioids to seek help and contact a treatment program.

The following video is a report from our sister station KING in Seattle on the overdose deaths of two Sammamish students.