Miracles and medicine working together for Maryland girl 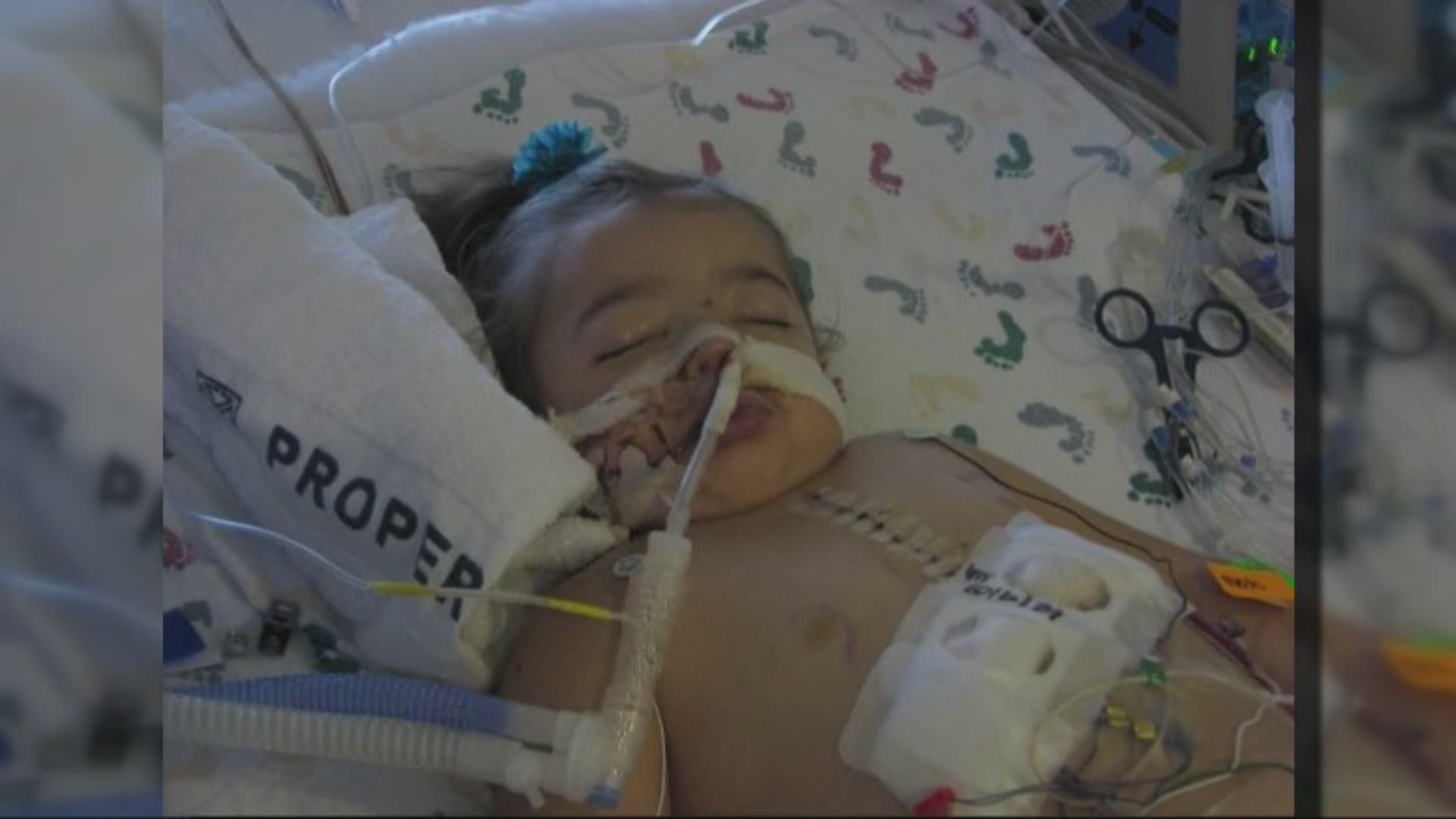 Imagine being told your two-year-old daughter will need to be placed in hospice care. That is what happened to Lori Irvin after her daughter was born with the devastating heart defect.

Today, Rosemary Veltz is nothing short of a miracle. From the looks of it, Rosemary, who likes to be called Row, is a regular nine year old. She takes ballet classes, loves to cook, especially fried zucchini, and has big dreams.

"One day, I think I want to be a chef," says Row from her family kitchen.

You'd never guess she had three open heart surgeries before she was three years old.

The first, when she was only two days. Her diagnosis made before she was born.

"They got a look at the heart and say, 'Yes, this looks like Hypo Plastic Left," says Rosemary's mother, Lori Irvin.

The devastating defect means her left ventricular does not work. It pumps no blood.

"So my right side has to pump twice as hard," says Rosemary.

Rosemary's third open heart surgery, at two and a half years old, was supposed to help correct the problem. But it made things worse. Much worse.

"Her heart was failing. Her lungs were building up with fluid. Her kidneys were taking a hit. Her liver was enlarged," explains Irvin.

Doctors were at a loss and Rosemary was slipping away. Hospice care was set up.

"I spent a lot of time crying and praying because I really felt like I was giving her a death sentence," says Irvin.

So Irvin and the rest of Rosemary's loved ones prayed for a miracle. And they got it

Dr. Richard Jonas, Pediatric Cardiac Surgeon at Children's National Health System suggested a rare, reversal surgery to undo the last one. Risky, but it was their only hope.

"I said, sign us up because if that doesn't work, I already know where we're going," says Irvin.

The reversal surgery worked better than anyone thought it would. They were out of the hospital in two weeks. That was six years ago.

"She's still here. Like my little energizer bunny takes a licking and keeps on ticking, says Irvin. "So miracles and medicine do go hand in hand. And she's living proof of that."

Rosemary is careful to not exert herself too much. Her body lets her know when to slow down.

"I can run. But I decided not to because if run for less than one minute I get out of breathe shortly."

At some point in the future, to sustain her body as she grows, Rosemary is going to need a heart transplant. But for now, she's just living her life in Calvert County, Maryland with her older brother, Lee, and her mom. Doing what she loves.

"We've been on autopilot for six years and it's been glorious. I kind of live with my blinders on and I don't think about the what if's. Because we're here and she's healthy and that's all I can ask for right now," says Irvin.

Because Rosemary's heart works twice as hard, it needs twice as much energy, it requires more food than she could possibly eat. So she has a feeding tube in her stomach and receives extra food every night while she sleeps.