Flesh-eating bacteria Vibrio is more common than most think

WARNING: This story contains a graphic image of a Maryland man's leg after it became infected with a flesh-eating bacteria. He wants to spread the word about the dangers of Vibrio. 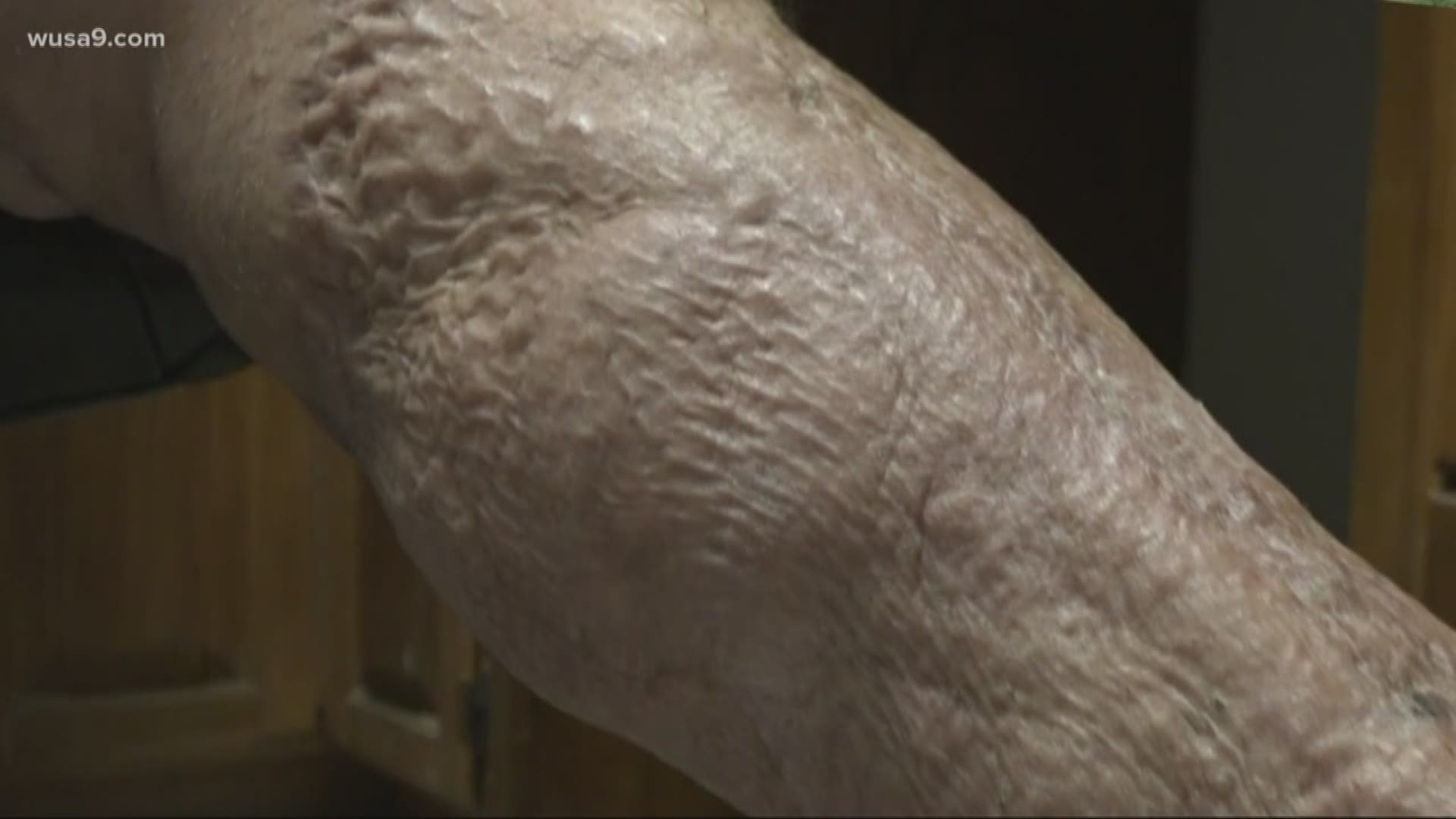 ANNAPOLIS, Md. - A Maryland man who nearly died from a flesh-eating bacteria infection he got while fishing on the Chesapeake Bay says natural resources and health authorities should do more to spread the word about Vibrio.

"I just want people to be aware," said Al Geisler of Frederick County. "I don't want anyone to go what I went through."

Geisler went through seven surgeries in five weeks as doctors battled to save his left leg. The infection happened within hours after a sharp spine on the dorsal fin of a rockfish he caught left a small wound on his calf.

It happened while Geisler was fishing on the Chesapeake Bay near Sandy Point State Park last July.

Vibrio is surprisingly common, but receives little public attention compared to other natural threats, like Lyme Disease and Zika virus.

According to the U.S. Centers for Disease Control there are about 80,000 cases of Vibrio infection in the U.S. every year and about 100 deaths. The incidence of infection has been increasing.

Vibrio is naturally present in brackish and salt water, such as the Chesapeake Bay.

WARNING: Graphic photo below shows Al Geisler's leg after it became infected with the flesh-eating bacteria

People can become infected when open wounds come in contact with water, or when people eat raw or undercooked seafood.

Precautions include avoiding water contact with open wounds and thoroughly disinfecting wounds that are exposed to water contact. Showering after swimming in Vibrio-infested waterways may also prevent infection.

Vibrio is more active in the warm months, but there is no known threshold of its density in the water that would prompt a health warning.

The U.S. National Oceanographic and Atmospheric Administration--or NOAA--runs computer models in an attempt to predict when Vibrio might be more active.

Maryland's Department of Natural Resources has posted Vibrio information at some public water access areas in hopes of spreading the word. Both DNR and the Maryland Department of Health and Mental Hygiene have extensive information posted online.