Flu levels are reported as widespread in Hampton Roads and the entire state of Virginia. 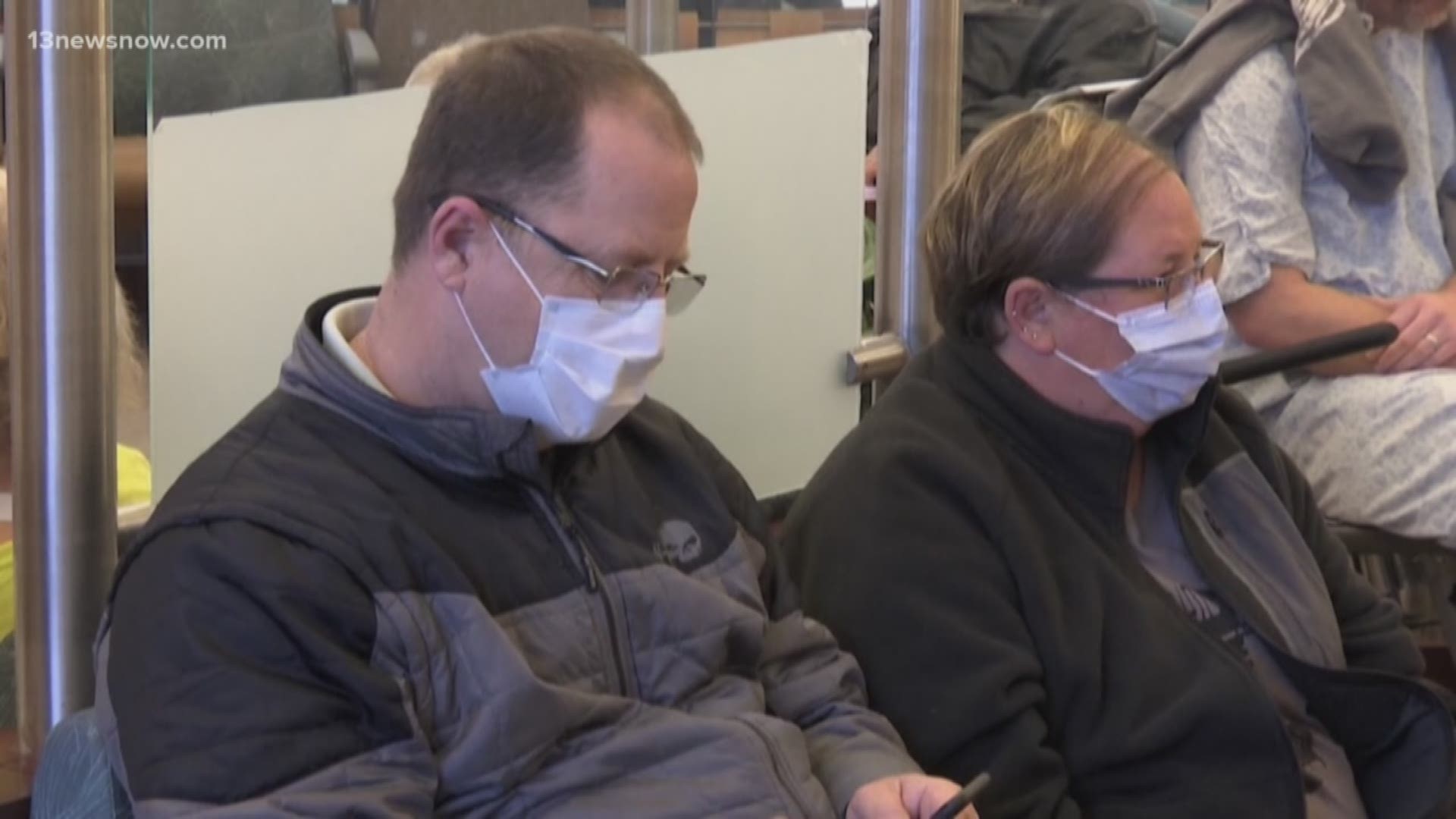 The Richmond Times-Dispatch reported that of the more than 1,800 cases confirmed by lab reports since the start of the 2019-2020 flu season, 75% have been identified as type B, according to the Virginia Department of Health.

That trend is in line with national statistics.

The U.S. Centers for Disease Control and Prevention says it does not yet have vaccine effectiveness estimates for this season.

However, the organization reports that flu season in Virginia has reached a widespread level, meaning there's elevated influenza-like illnesses or more than one outbreak in three or more regions.

Hampton Roads has also experienced a widespread level of influenza-like illnesses, according to the CDC.

Now, local hospitals are asking all patients and visitors to wear masks inside their facilities to prevent the spread of colds and flu-like illnesses. That includes those who have already received a flu shot.