On June 5, 1981, the CDC reported about a mysterious illness in five gay men in its weekly Morbidity and Mortality Report. 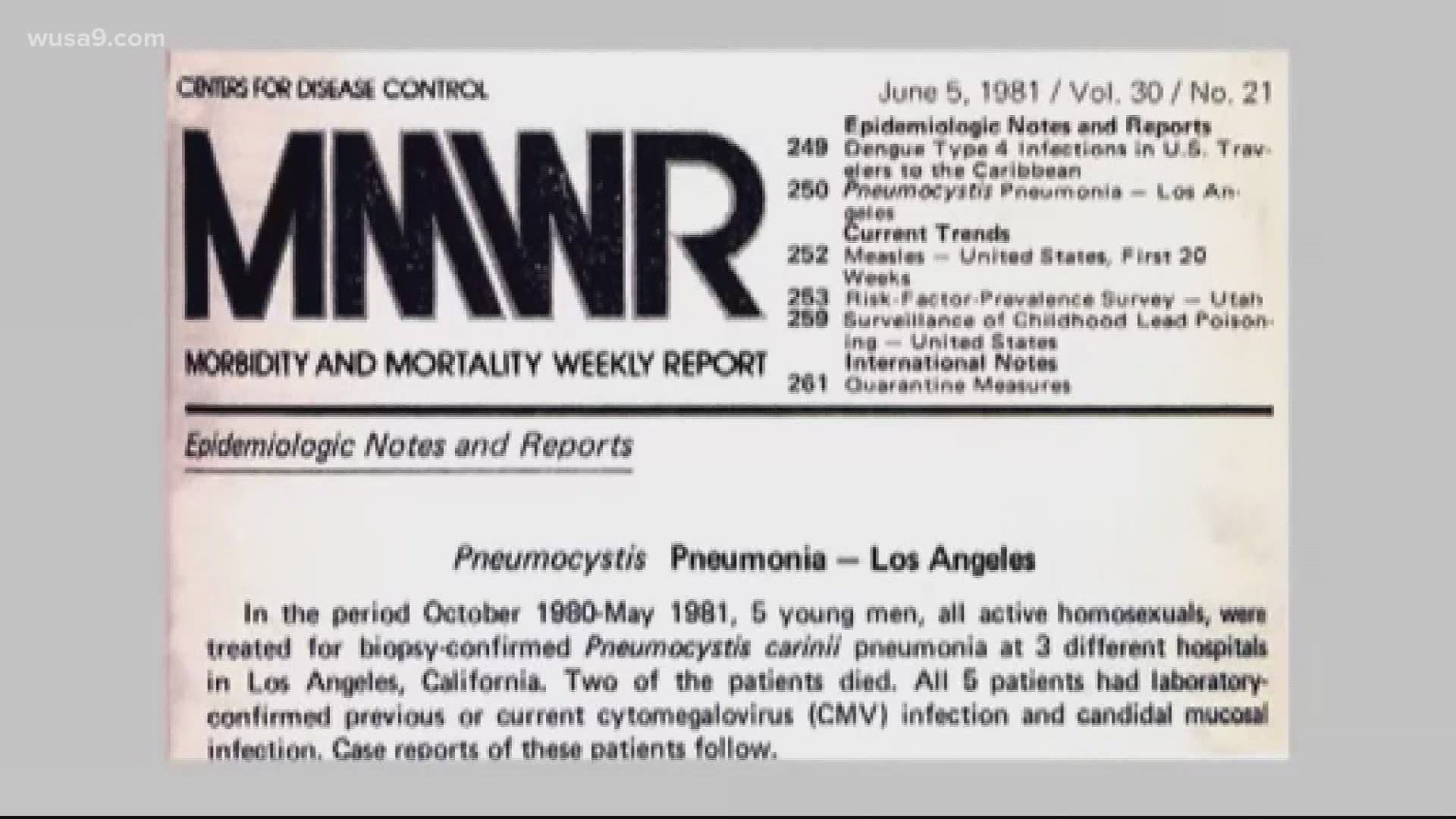 On June 5, 1981, the Center for Disease Control and Prevention (CDC) reported about a mysterious illness in five gay men in its weekly Morbidity and Mortality Report.

It was the first report of a syndrome that would soon become known as AIDS.

The report described a pneumonia-like disease in five gay men in Los Angeles.

“The illnesses reflected that their immune systems were not working. So that was like the first shot across the bow that something was happening,” Dr. Kenneth Mayer, Fenway Health’s Medical Research Director and Co-director of the Fenway Institute, said.

Dr. Mayer explained more cases started popping up in other cities, such as San Francisco and New York.

The cases involved different illnesses, but all reflected immune systems that were not working.

“Nobody knew what was causing it,” Dr. Mayer said. “So, for the first few years, there was a lot of misunderstanding, a lot of paranoia, a lot of fear. It wasn’t until the end of 1984 that people finally said there’s a new microbe that’s causing this disease that is transmitted by sex and that’s transmitted by blood.”

It took years for that realization to happen and millions of people had been infected by then.

At the time, there was no treatment for those who tested positive.

Dr. Mayer said there was a lot of fear, death, discrimination, and little government support and leadership.

“In the early days, it was very traumatic. It felt like being in a war,” he recalled.

Dr. Mayer was around 30 years old as he volunteered on the front lines and eventually dedicated his life’s work to the cause.

“You’re not used to your friends getting sick and dying and that’s certainly what happened in many cities across the United States,” he said.

It took until the mid-90s when there were new drugs being developed that were effective and more people were able to survive longer.

Still, according to the CDC, 37,000 people are diagnosed with HIV each year and around one million are living with HIV in the U.S.

Many of those most affected are people living in minority and marginalized communities.

Dr. Mayer said it is important to understand that HIV is a treatable infection.

“Knowing your status is the first step because if you’re infected, you want to get treatment,” he said. “If you’re not infected and you have some risk, knowing about the ways you can prevent infection.”