The ASPCA said its animal poison control center recently noticed a large jump in calls about marijuana ingestion by animals. 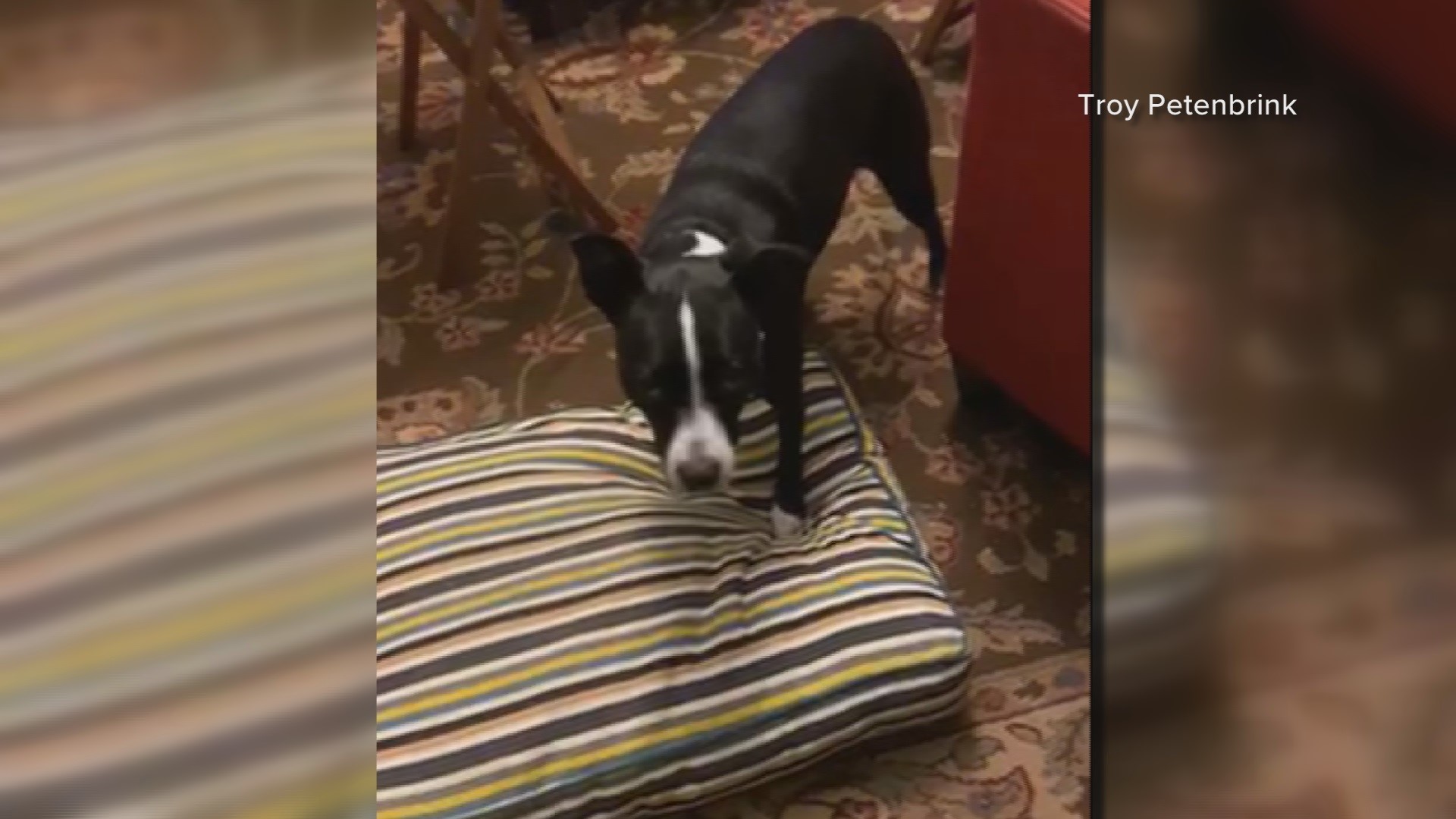 WASHINGTON — The pandemic has led to the adoption of many new furry friends. And with pet parenthood comes many questions. Playing fetch or chewing on bones? How many times is too many to go on walks. Speaking of too many, is their a cap on treats?

But how to tell if your new pup is high isn't usually on that list.

D.C. dog dad Troy Petenbrink learned the answer to this question after taking his dog, Princess, for a simple evening walk around the neighborhood.

Petenbrink said after they finished the walk, he noticed Princess was acting “spacey."

“Her eyes looked funny [and] she was wobbly,” he said. “But then at the same time, she would suddenly just take off and do zoomies around the room."

RELATED: Should DC decriminalize psychedelics? Voters will decide in November

Petenbrink said Princess eventually started falling over. That's when he decided it was time to visit the vet. Petenbrink immediately took Princess to Friendship Hospital for Animals in D.C.’s Tenleytown neighborhood.

“We tell [the veterinarian] everything and she goes ‘your dog’s high,'" Petenbrink said.

The veterinarian suspected Princess had consumed marijuana that had been discarded on a D.C. sidewalk.

Petenbrink was told by the animal hospital it had seen four other dogs that day with symptoms similar to those experienced by Princess.

“It's not a new problem,” Dr. Christine Klippen, an emergency doctor at Friendship Hospital for Animals, said. “Animals have been getting into marijuana for quite a long time. But I think with the increase in regions allowing recreational use, we've been seeing a lot more.”

In D.C., it is legal for adults over the age of 21 to smoke marijuana on private property.

A NW DC man took his dog, Princess, for a walk... when they got back home... she looked like this. @FriendshipHosp told him his dog likely got high from accidentally eating a discarded joint. @laurachanning & I learned dog marijuana intoxication (yes) is a growing problem. @wusa9 pic.twitter.com/14mtZqzwxZ

The American Society for the Prevention of Cruelty to Animals, or ASPCA, said its animal poison control center noticed a large jump in calls about marijuana ingestion by animals in early 2019. The organization said during the first couple of months of the year, it had witnessed a 765% increase in such calls over the same period in 2018.

The ASPCA says dogs make up the overwhelming majority of animals who consume marijuana.

Klippen said dogs who are high typically have dilated pupils, are sensitive to light or sound and may flinch when they are approached by others.

“Some animals are wobbly and unsteady and unable to kind of walk in a straight line and then also the big one is the dribbling of urine,” she said. “They may be leaving urine when you thought that they were a well-trained pet.”

Klippen said dogs who are high may also have trouble regulating their body temperature and blood pressure.

However, she said the severity of a dog’s symptoms will ultimately depend on the strength and form of the marijuana that is in their system.

“We can see animals develop clinical signs after eating the end of a joint or something that someone threw outside," she said. "But where we're seeing more serious signs of marijuana intoxication are those animals getting into edibles, because the edibles are a much more concentrated source of the THC."

Klippen said it is important to be honest with your veterinarian if your dog happens to get into your own personal stash of marijuana. She said she would never turn someone over to authorities over such an admission.

“It's important information for us to know what potentially is happening with the animal, because marijuana ingestion can look like a whole host of other diseases and potentially very serious conditions," she said. "So being upfront and honest with the veterinarian is super important."

As for throwing joints away on city sidewalks and parks, Petenbrink makes a simple request: don’t do it.

“If you're going to discard [marijuana]," he started, "if you could just put that in a trashcan or something, that would probably be a good idea."