Wiped out of toilet paper? Here's why

Some good toilet paper news: Things are calming down in the U.S. after a buying spree in mid-March. But it's not yet clear when buying habits will return to normal. 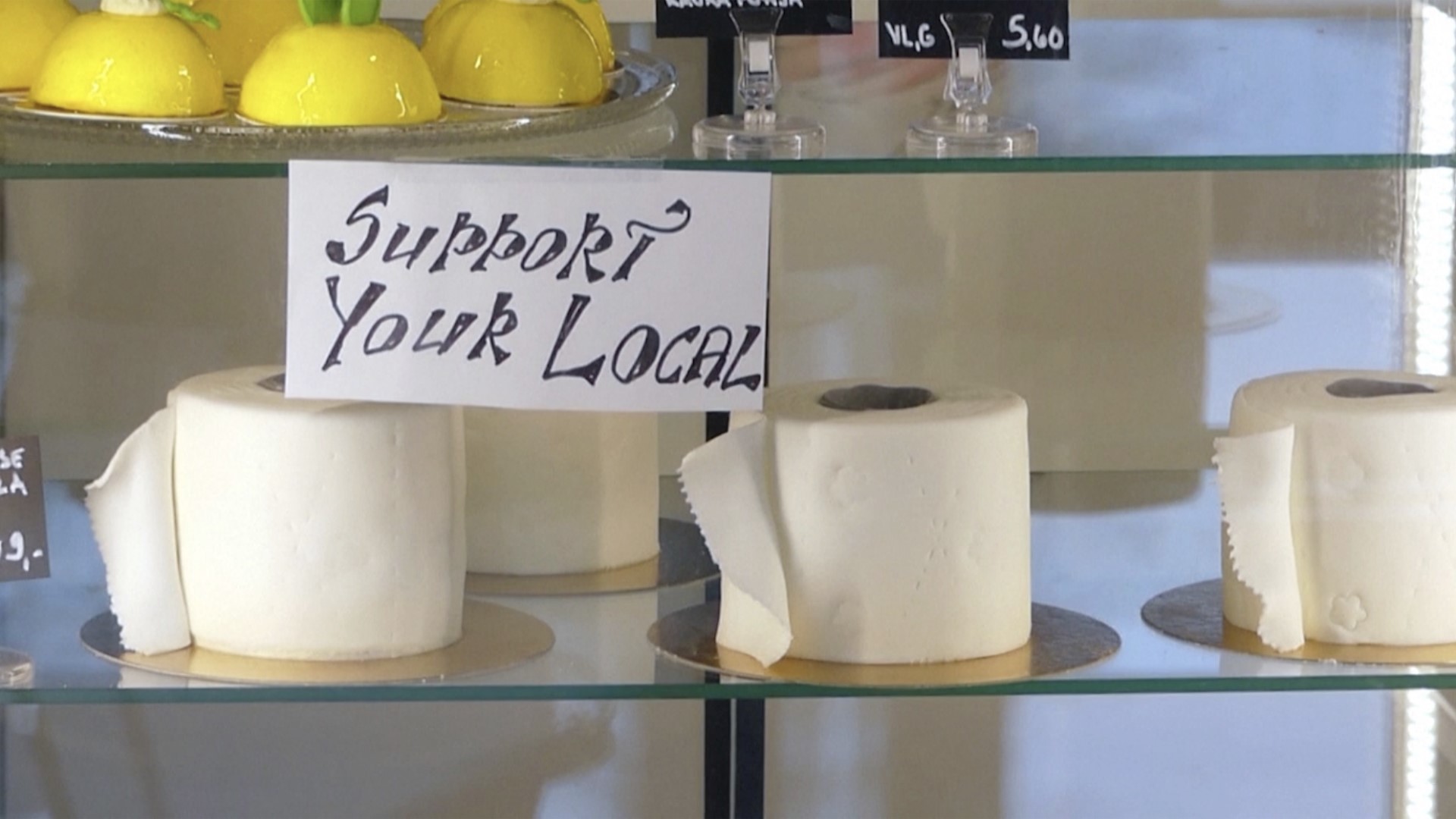 What does toilet paper have to do with a global pandemic?

Yet millions of people have been panicking about their household supply. Store shelves have been emptied. Amazon is often out of stock. And social media is bursting with jokes and pleas for a roll or two.

The good news: Things are calming down, at least in the U.S., after a buying spree in mid-March. But it’s not yet clear when — if ever — buying habits will get back to normal.

Here's all you ever wanted to know about toilet paper during a pandemic:

WHY IS TOILET PAPER IN SHORT SUPPLY?

One reason is because people are hoarding. Some were stockpiling last month in advance of city and state lockdown orders. It’s a common reaction in times of a crisis, when consumers feel a need for control and security, says David Garfield, global leader of the consumer products practice at AlixPartners, a consulting firm.

NCSolutions, a data and consulting firm, said online and in-store U.S. toilet paper sales rose 51% between Feb. 24 and March 10, as buyers started getting uneasy about the growing number of virus cases. But sales rocketed a whopping 845% on March 11 and 12 as states announced lockdowns.

WHAT ARE SOME OTHER REASONS FOR THE SHORTAGES?

Toilet paper flows from paper mills to retail stores through a tight, efficient supply chain. Toilet paper is bulky and not very profitable, so retailers don’t keep a lot of inventory on hand; they just get frequent shipments and restock their shelves.

“You never noticed because it’s so well-managed,” said Jim Luke, an economics professor at Lansing Community College in Michigan, who used to be a strategist for a toilet paper distribution company.

The amount of toilet paper the average American uses hasn't changed; it's still around 141 rolls per year (compared to 134 rolls in Germany and just 49 rolls in China, AlixParters says). But even small changes in buying habits can throw everything into disarray.

With a regional disruption like a hurricane, stores can redirect some inventory to the affected area. But a global pandemic doesn't leave a lot of wiggle room.

The big three U.S. toilet paper companies — Georgia-Pacific LLC, Proctor & Gamble Co. and Kimberly-Clark Corp. — were already running their toilet paper plants 24 hours a day before the new coronavirus hit. That’s the only way they can make a profit on such a low-margin product.

The companies are trying to increase output by making fewer varieties of toilet paper. They’re also trying to get the product to stores more quickly. Atlanta-based Georgia-Pacific is working with packaging suppliers to get more materials and maximizing the number of deliveries it can ship from its facilities.

CAN SUPPLIES BE REDIRECTED TO HOUSEHOLDS INSTEAD OF BUSINESSES THAT ARE NOW CLOSED?

No. Commercial toilet paper uses a different kind of pulp and is produced on different machines. Many institutional rolls are intentionally larger, so cleaning staff don’t have to refill them as often and people don’t steal them, Luke said. Plusher toilet paper for home use also has different packaging requirements, Garfield said.

Prior to the coronavirus crisis, about half of U.S. toilet paper sales were commercial, while the other half were for homes, Garfield said. That’s changing; AlixPartners estimates U.S. household demand is up 40% as offices and schools close.

But Georgia-Pacific said commercial demand hasn’t yet fallen. It has seen a surge of orders from hospitals and other essential businesses that are still operating.

ARE SUPPLIES IN GROCERIES AND OTHER RETAILERS IMPROVING?

Demand has softened a bit since mid-March, so that should make it easier to find toilet paper. NCSolutions said sales are down 62% right now compared to the “extreme buying period” of March 11-24. But they’re still 6% higher than they were before the new coronavirus hit the U.S.

Kroger, the nation’s biggest grocery chain, said most of its stores are now getting truckloads of paper products every day or every other day. Kroger and other retailers have also established limits on the amount of toilet paper people can buy at one time.

WHEN WILL THINGS GET BACK TO NORMAL?

Nobody knows. For one thing, the new coronavirus could permanently increase the demand for household toilet paper.

“Will the workforce go back to work like they did before? If people work from home, this could be much more prolonged,” says NCSolutions CEO Linda Dupree.

Raising prices on toilet paper — as was done in 1973 during the oil embargo — might curb hoarding, Garfield said. But it would make it harder for some consumers to afford.

ARE THERE WAYS TO CUT DOWN ON TOILET PAPER USE?

U.S. searches for “bidet” reached an all-time high in March, according to Google Trends. Tushy, which makes a $100 bidet attachment for toilets, said its sales spiked in mid-March, hitting $1 million in a single day. Sales are still running 10 times ahead of projections, Tushy said.