MAP: Here's where you can get a coronavirus test in Virginia

More and more sites are being equipped with testing measures in the commonwealth as Virginia looks to reopen, Gov. Northam said Friday. 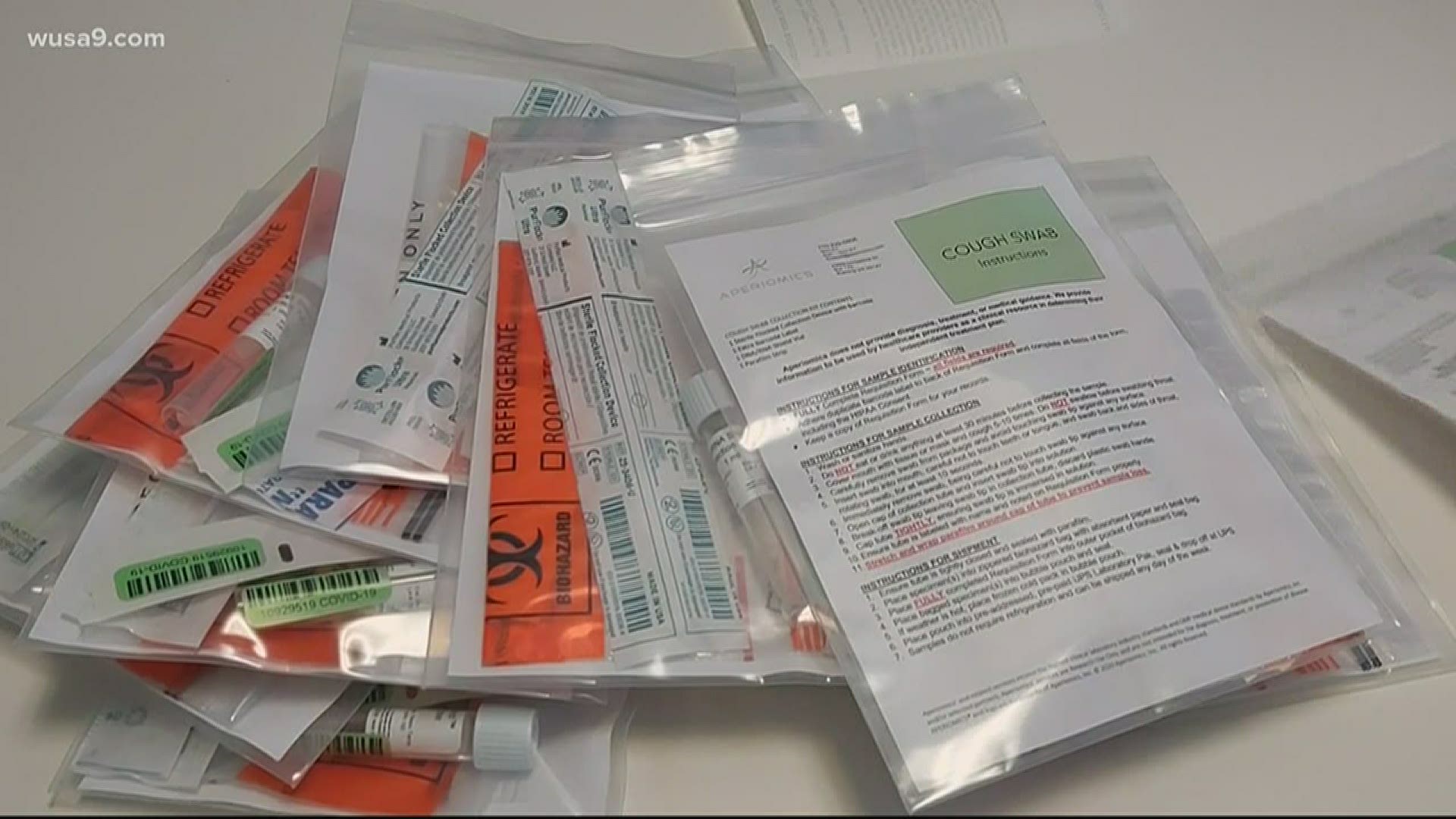 WASHINGTON — In order for Virginia to reopen -- and stay open -- the commonwealth needs to see at least a 14-day downward trend of positive coronavirus cases. On May 1, the same day that nonemergency medical procedures were allowed to resume, Virginia recorded its highest single-day increase of cases since the outbreak began.

One major reason for the spike in cases is the commonwealth's increased testing capabilities, Governor Ralph Northam said Friday. The day before, private and public labs tested more than 5,800 people - a 15% increase over the previous day.

Dr. Karen Remley, head of the testing task force for Virginia, said Friday that the commonwealth is currently in Phase 2 of testing, meaning that labs are running roughly 5,000 tests a day and reopened hospitals have received more testing supplies and PPE.

The number of people tested is expected to increase by up to 3,000 more per day after Virginia partners with more labs, two in the commonwealth and one in North Carolina, Remley said.

According to Northam, new guidelines issued from the CDC allows individuals to do their own test, inserting swabs at a distance of 6 feet from health care physicians, which leads to less use of PPE (Personal Protective Equipment).

And Virginia isn't just testing those who are high risk and show symptoms  -- now health officials are also prioritizing testing to those who are asymptomatic and high risk.

"There is enough PPE, enough testing, and enough things we can do for you, your friends, and your community by identifying that you have that disease," Remley said Friday.

An interactive map on the Virginia Department of Health website shows exactly where you can go to get tested. Users just have to type in their address to be shown a list of nearby providers and their hours, address and location.

In addition to more testing sites, Northam also announced that Virginia would be receiving three mask decontaminating units from the federal government on Friday. Those units use hydrogen peroxide vapor to help clean masks and let them be reused up to 20 times without ruining their strength, and should be operational "within the week."

The first unit will be built in Blacksburg and be shared with West Virginia and Tennessee, Northam said. The other two will be in Hampton Roads and Richmond.

"Once all three units are operational, we will have the ability to decontaminate up to 240,000 masks in the commonwealth per day," Northam said.