How common are pauses in clinical trials? We looked into it and have answers that may help explain what's happening. 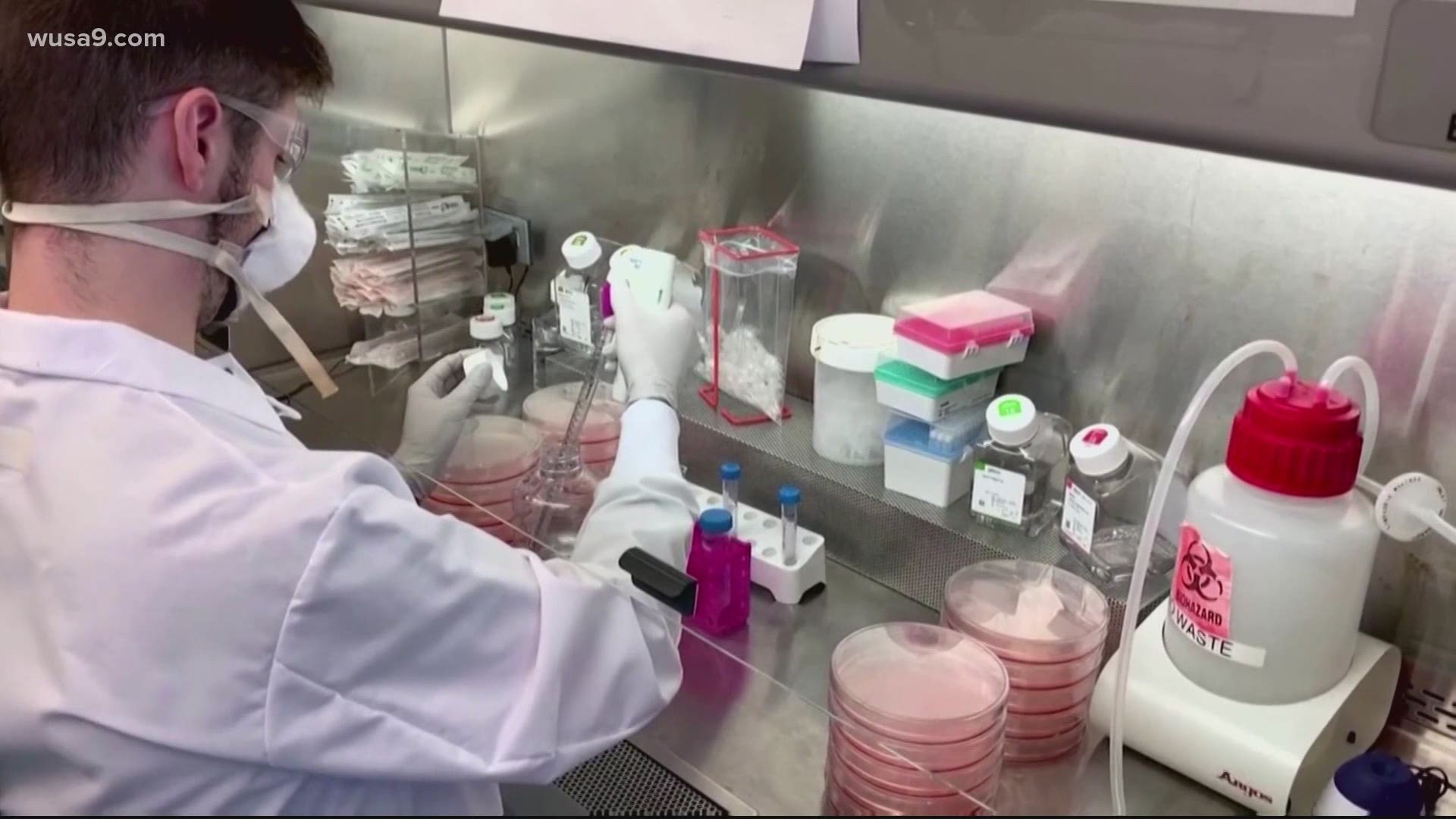 Their study focuses on testing the benefits of monoclonal antibodies on hospitalized COVID-19 patients who also received the drug Remdesivir. It’s a treatment similar to the one that President Donald Trump was given while he was sick.

Q: How common are pauses in clinical trials?

Pauses in clinical trials are not only normal, according to a public health researcher and a biodefense adviser who spoke to WUSA9.

They’re an indicator that the checks and balances systems put in place to make sure that the testing process is safe are actually working.

Q: What is a monoclonal antibody?

It's exactly what it sounds like, according to Dr. Chris Beyrer, professor of epidemiology at the Johns Hopkins Bloomberg School of Public Health

"Mono is one. Clonal is a made from a clone. So that's an antibody that's made out of one clone," said Beyrer.

Beyrer added that we want anybody to have broad neutralizing capacity. "What that means is that it is broad in the sense that it can neutralize every variant of coronavirus that's out there."

The Eli Lilly study was paused on Tuesday at the advice of an independent board of experts. It came just three days after Johnson and Johnson paused their COVID-19 vaccine trial. Beyrer says that's just part of the trial process.

"The way this normally works is that for a clinical trial of a new product, a vaccine or an antibody, there is an independent body," said Beyrer. "It's called a data safety and monitoring board that is convened, that should be independent of the researchers who are conducting the trials."

RELATED: Pfizer to begin testing COVID-19 vaccine in kids as young as 12

Beyrer added that it’s those boards that can and should pause clinical trials when they see an issue.

"What is uncommon is the level of scrutiny, that we're all paying attention to because of course, everyone in the world is being affected by this pandemic."

President Donald Trump has said on a number of occasions that he’d like a vaccine by the election or at least by the end of 2020.

WUSA9 asked Dr. Beyrer if the pausing of these two trials could impact that goal. He says those goals weren't scientific goals.

RELATED: VERIFY: What counts as a 'second wave' of coronavirus?

"The election is a political day, it's not a scientific thing," said Beyrer. "We absolutely need to know if these vaccines are safe and effective and in whom."

The John Hopkins professor expressed concern for the elderly and people with preexisting conditions like high blood pressure, diabetes or obesity.

"It's very unlikely that we will have answers before the new year. But we will start to have answers probably in the first quarter of 2021," said Beyrer. That is reasonable on a scientific timeline."