A Maryland-based Facebook group claims to be blowing the whistle on price gouging as authorities urge consumers to report complaints to the MD Attorney General. 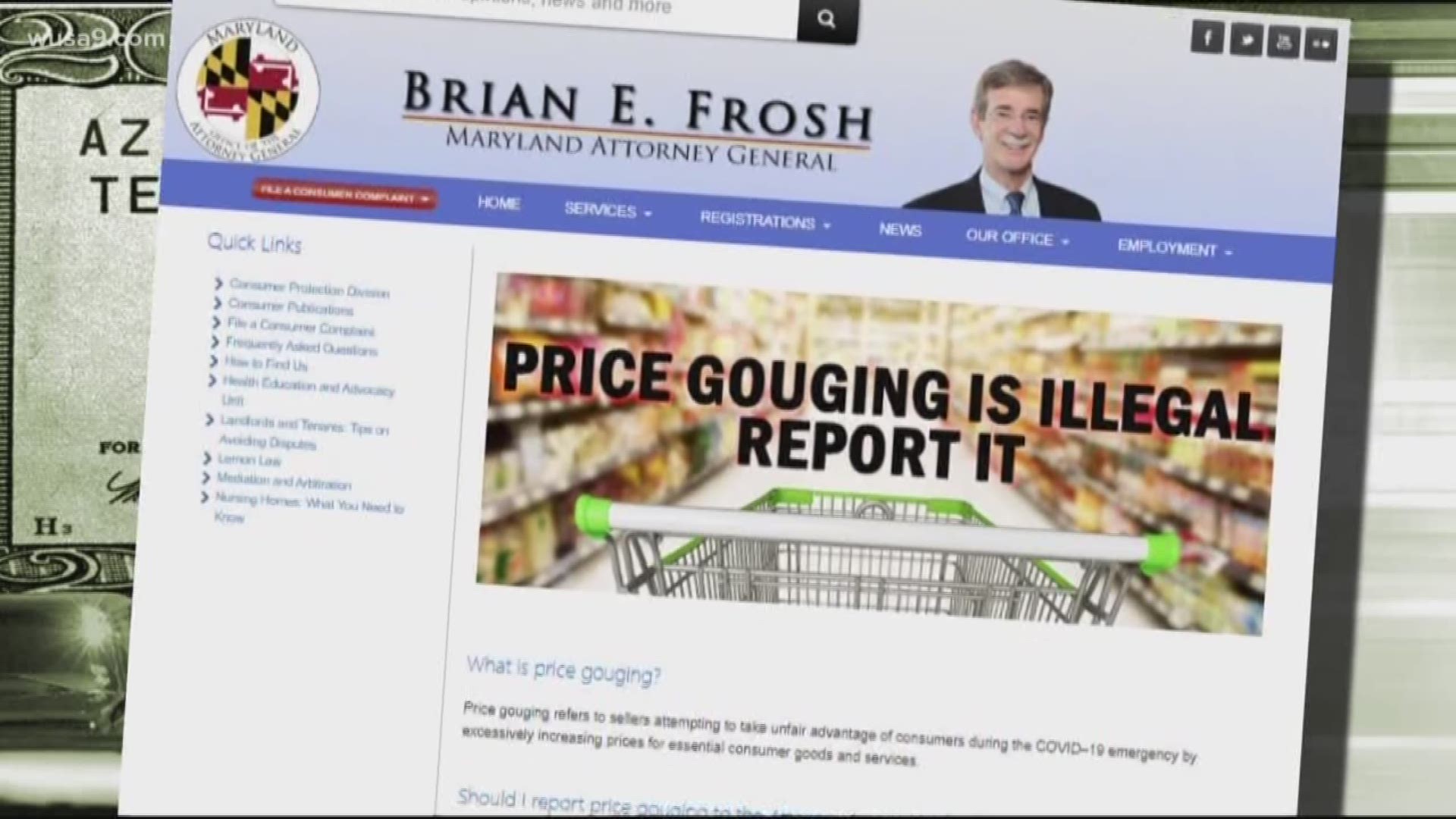 ANNAPOLIS, Md. — A major grocer accused on Facebook of jacking up prices on chicken thighs to nearly $6 per pound said a label printing error is to blame.

After investigating the Facebook complaint, Safeway apologized for the error in it's Severna Park, Maryland store and is offering full refunds.

"We have not raised prices on meat, including beef and chicken," Safeway spokesperson Beth Goldberg said in an email. "It appears an error was made while printing labels at this store. We regret the mistake."

Goldberg said the skinless chicken thighs should have been priced at $3.49 per pound.

"Customers who feel they may have purchased this mislabeled product can bring their receipt and the product to the store to receive a full refund," Goldberg's statement said. "We apologize for the inconvenience."

The post about meat prices is one of many that has appeared on a private Facebook group called Marylanders Report Price Gouging, which features consumer allegations ranging from online retailers misleading consumers to grocery stores charging excessive prices for items like bottled water, rice and toilet paper.

At least 50 complaints have been filed since Governor Larry Hogan's State of Emergency declaration triggered an anti-price-gouging law, according to a spokesman for Frosh.

Under the law enacted March 23, online retailers and stores face fines as high as $10,000 for reaping profits in excess of 10% on a long list of essential food and household items.

Frosh has also joined 33 state attorney's general demanding that online sellers like Amazon and eBay do a better job of weeding out price gougers.

"You must obey the laws of Maryland," Braveboy said. "You cannot gouge Marylanders for essential products that they need during this time."