The shared accommodation, which is popular overseas, serves as an affordable option where guests share the same rooms and bathrooms, but have their own beds. 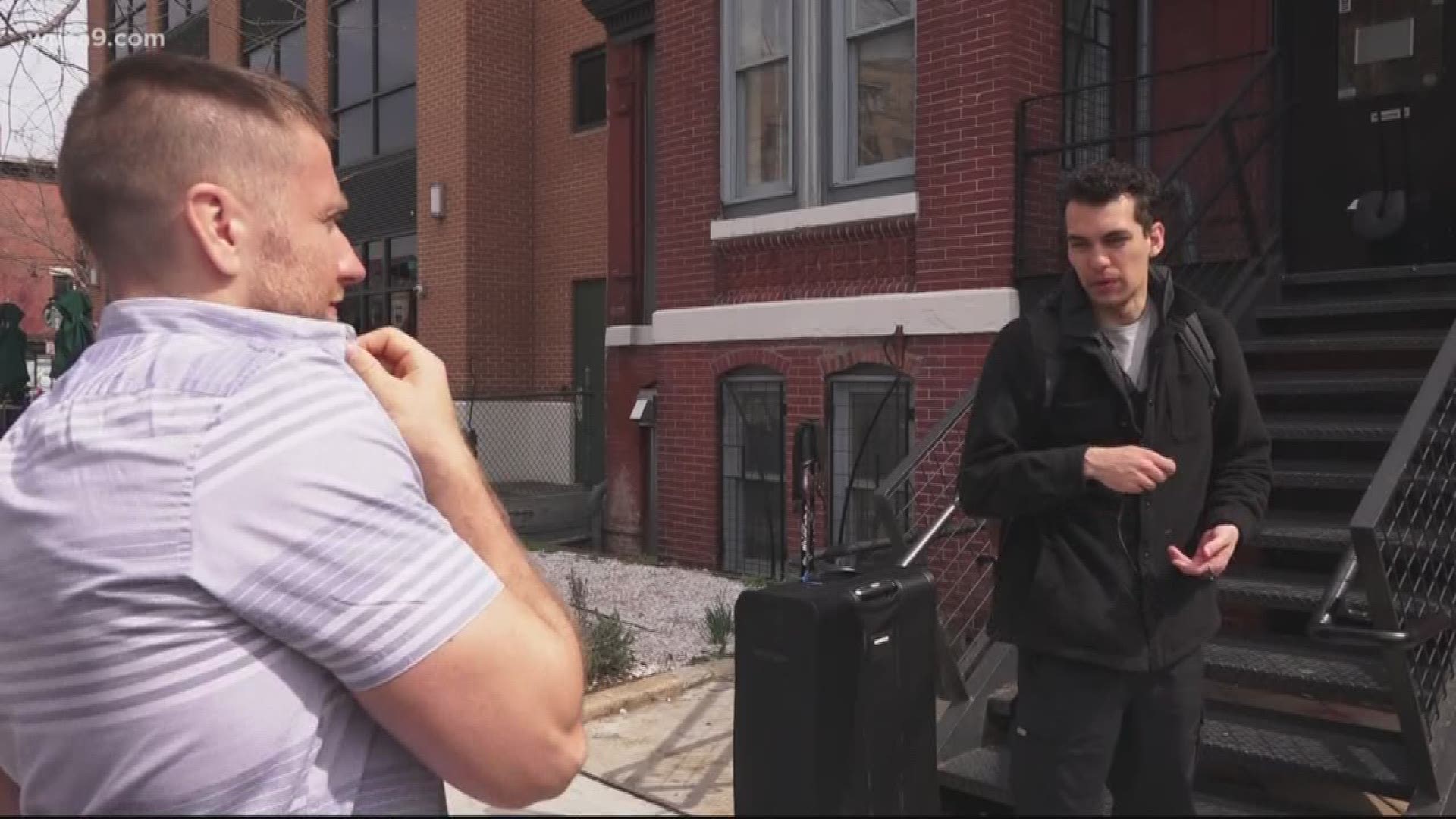 WASHINGTON — The coronavirus pandemic is having an impact on the hospitality industry. Major hotel chains are getting cancellations left and right, and people are losing their jobs.

According to an Oxford Economic Study, the decline of hotel guests could result in the loss of nearly 4 million jobs and a $300 billion hit to the industry.

However, the economic blow from coronavirus impacts is not only crippling the hotel industry. Small businesses, such as hostels in the D.C. area could be forced to shut down.

Linas Matiukas said goodbye Thursday to one of his last customers staying at the U Street Hostel on 13th Street in Northwest D.C.

The shared accommodation, which is popular overseas, serves as an affordable option where guests share the same rooms and bathrooms but have their own beds.

"Being European, it's very common," Matiukas said. "People save money by staying in hostels all the time."

Matiukas launched his business in 2008 and expanded to three buildings across the city, including Capitol View and D.C. Lofty.

The U Street location is coined as "the first pod hostel in Washington, D.C."  Pod-style hostels are increasingly popular in many Asian countries.

When the coronavirus started spreading overseas and in the D.C. area, Matiukas figured it would affect the travel and hospitality industries.

He told WUSA9 between travel bans, states of emergencies, and flight cancellations he essentially lost everything.

"In a matter of two or three days, we saw a probably close to a half-million dollars in cancellations ,"Matiukas explained.

The business owner was forced to close two of his locations, but is deciding to keep the U Street Corridor hostel open for as long as he can despite losing money.

"At this point, we're just helping the few people that are still stuck in potentially even a worse situation than myself personally," Matiukas said.

The hostels are Matiukas’ only source of income, and like many other people, there is uncertainty of how he will pay his mortgage, bills, and what his future holds.

"It’s affecting my future plans. I have a fiancé, and we're looking to get married," Matiukas said. "It just puts a lot of uncertainty over the entire situation."

Matiukas wants the federal government to suspend payments and debts for small businesses and individuals. He is also hopeful his insurance agency and landlords will work with him to find relief before he has to close the doors to his business for good.