Solidcore told WUSA9 that it has closed amid a visit from DC officials, but want's Mayor Bowser to do more for gyms and fitness centers that have to close. 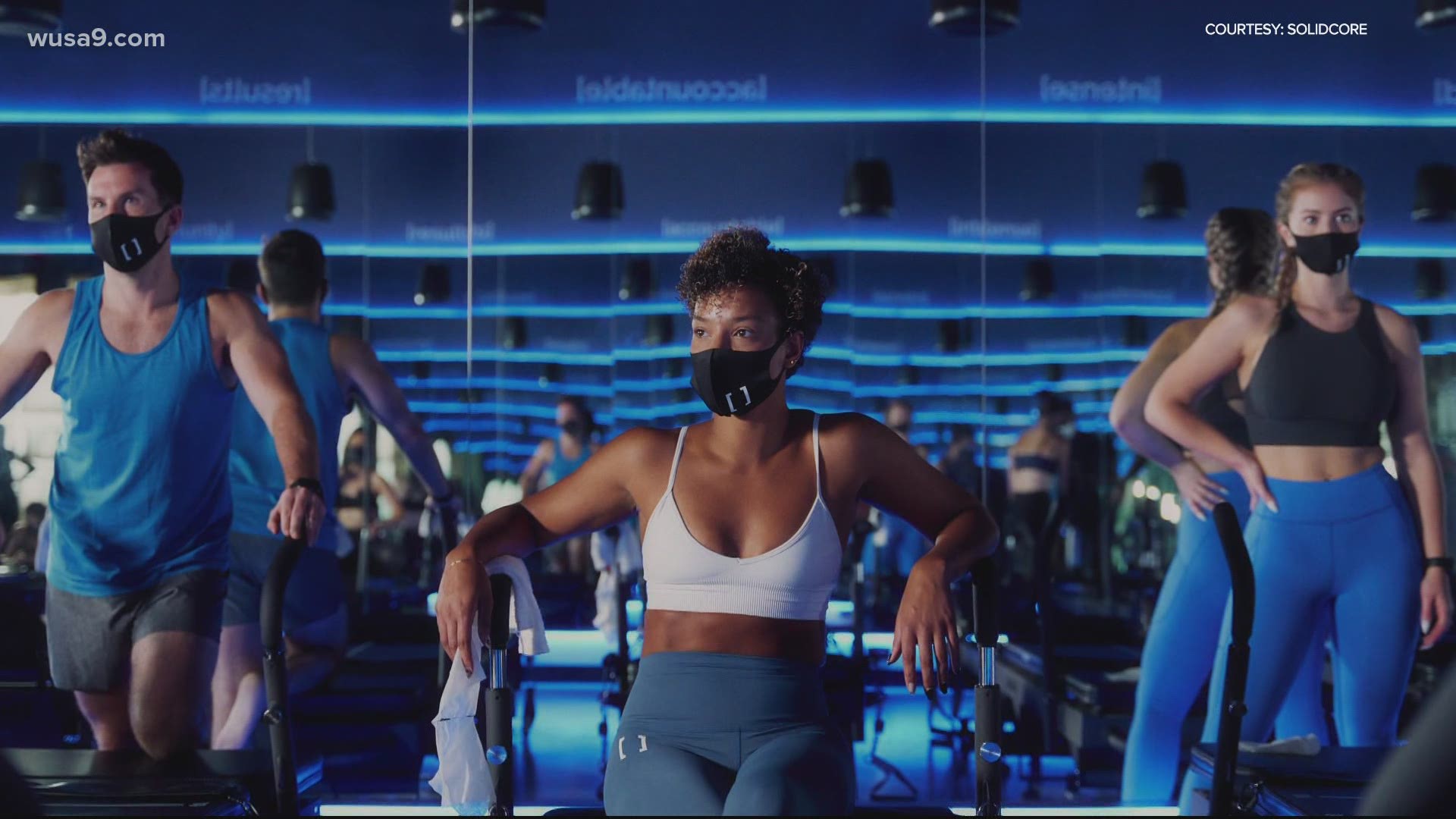 WASHINGTON — Solidcore told WUSA9 that it has closed amid a visit from DC officials, but want's Mayor Muriel Bowser to do more for gyms and fitness centers that have to close.

"DCRA did visit studios and we have temporarily closed DC studios while we continue conversations with the mayor’s office, advocating for her to reconsider the closures," said Solidcore in an email statement to WUSA9's Delia Goncalves.

The CEO’s of F45 Training on U Street, DC Hustle and Solidcore sent a letter to Bowser Tuesday afternoon insisting they are not the source of community spread and their facilities should remain safe to continue operation.

It is not known if the other businesses that are a part of the letter have decided to stay open still or will also temporarily close.

Anne Mahlum, the founder and CEO of Solidcore, shared her frustration with the order last week when she spoke to WUSA9.

“346,561 classes and over 35,000 people come into our locations, and not one instance of community spread,” she said. "And if the city or the mayor has any evidence to show us of the contrary, we're all ears.”

Solidcore's eight D.C. locations have been open since June with strict safety protocols, including social distancing, limiting classes to 10 participants, mandated masks, disinfecting everything in between uses, and increased air filtration.

Mahlum said she invites the mayor to check it out for herself.

“While I sympathize and understand and have frankly appreciated the mayor's leadership over the last eight months, shutting us down is not going to slow the spread or change the numbers because we are not the culprit," Mahlum said.

WUSA9 reached out to the mayor’s office for comment and to learn what penalty violators face, but did not yet receive a response.

See the letter to Bowser below: