The company spent $900 million in additional compensation for workers who manned checkout lines and kept goods flowing at warehouses. 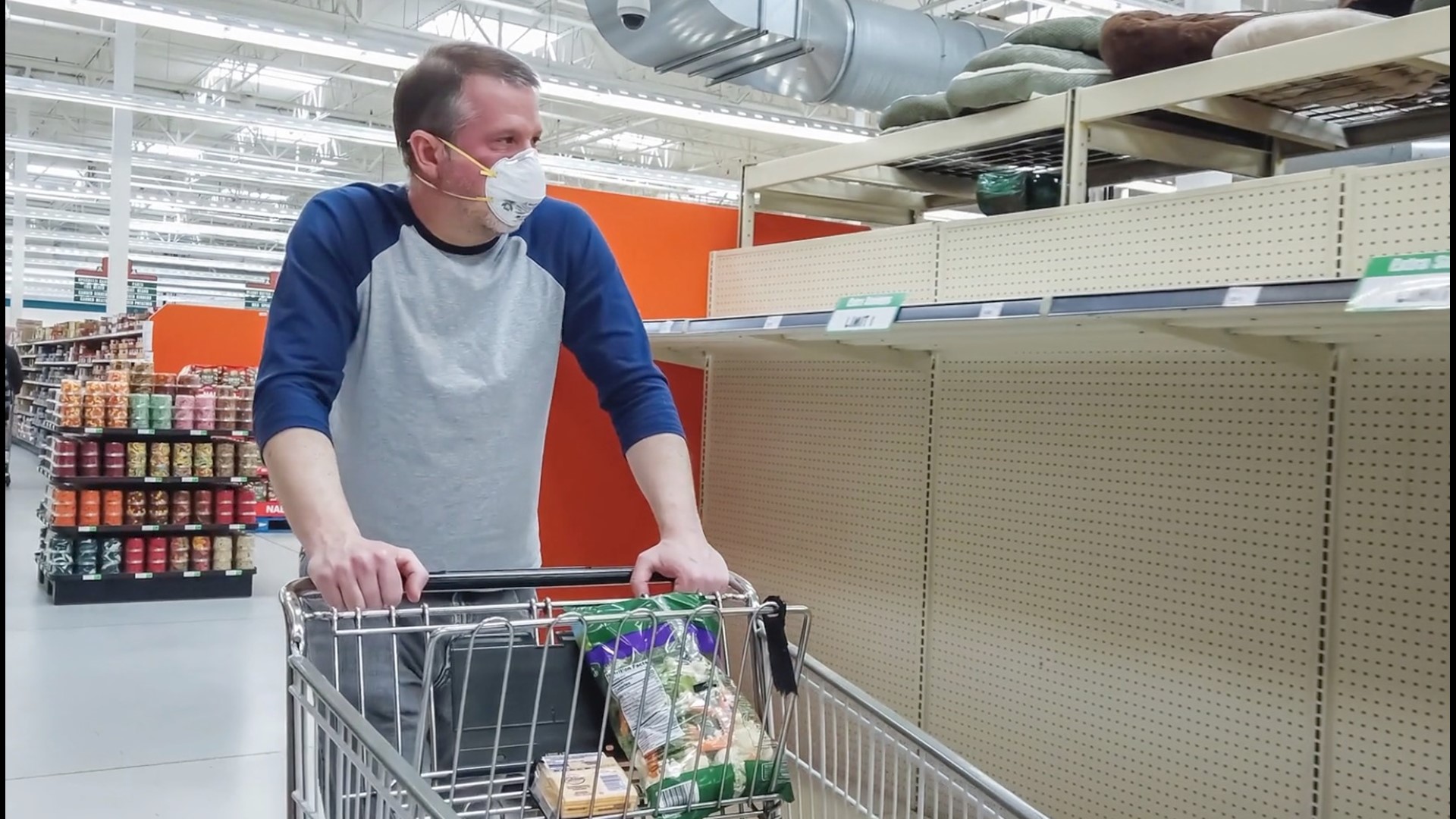 Walmart became a lifeline to millions of people as the coronavirus spread and its surging profit and sales during the fiscal first quarter topped almost all expectations.

Online sales in the U.S. jumped 74%, fueled by a rush on canned foods, paper towels and other crucial supplies needed as people sheltered in place. Same-store sales rose 10% at U.S. Walmart stores on strong sales of food, health and wellness goods.

Costs soared as well, $900 million in all related to the pandemic.

Cash bonuses issued to all hourly workers reached $755 million and Walmart upped pay by $2 per hour at its warehouses. It rolled out an emergency leave policy and spent money on shields at checkout lines, as well as new signage to control the flow of customers in stores.

Walmart pulled its guidance for the year, citing the chaos of the pandemic. It also pulled the plug on Jet.com, an online startup that it bought for more than $3 billion in 2016 as it sought to ramp up online operations to compete with Amazon.com.

Walmart, Home Depot and Kohl's on Tuesday became the first major retailers to report the full impact of COVID-19 on financial operations, and revealed the vast disparity between those allowed to keep their doors open during the outbreak, and those that were not.

Home Depot, another critical supply line for those sheltering at home, reported strong sales and $850 million in additional costs related to COVID-19, mostly to compensate its workers.

Kohl's, with it stores closed, swung to a $541 million loss and revenue tumbled more than 40%. J.Crew, J.C. Penney and Stage Stores have also remained closed. Already in a weakened state before the pandemic, all three sought Chapter 11 bankruptcy protection this month.

Target and Macy's will release their financial results this week as well.

There was already a broadening gap between big box stores and mall-based chains that had struggled follow customers online. The crisis has accelerated that trend, increasing the dominance of big box players while pushing clothing chains further into peril.

Even when the virus loosens its grip, industry analysts are unsure of what the post-pandemic response will be from consumers when it comes to fitting rooms or even walking into stores.

U.S. retail sales tumbled by a record 16.4% from March to April, according to the latest government figures. Those sales, with the unemployment rate now at 14.7%, the highest since the Great Depression, are likely to remain subdued.

Roughly 36 million people have sought unemployment assistance in the past two months.

This month, the company launched Express Delivery, which gets orders to a customer's home in less than two hours. The program has been tested in 100 stores since mid-April and will be expanded nearly 2,000 stores in the following weeks.

Walmart had profit of $1.40 per share. Earnings, adjusted for non-recurring gains, were $1.18 per share. That well exceeds the per-share earnings of $1.10 that Wall Street was looking for, according to a survey by Zacks Investment Research.

Revenue of $134.62 billion in the period, also exceeding Street forecasts by almost $1 billion.

Walmart's share rose more than 4% in premarket trading Tuesday. Its stock is up 7% so far this year.

A portion of this story was generated by Automated Insights (http://automatedinsights.com/ap) using data from Zacks Investment Research. Access a Zacks stock report on WMT at https://www.zacks.com/ap/WMT