The Virginia Department of Health said it has identified the cause of the issue and is working to resolve it. 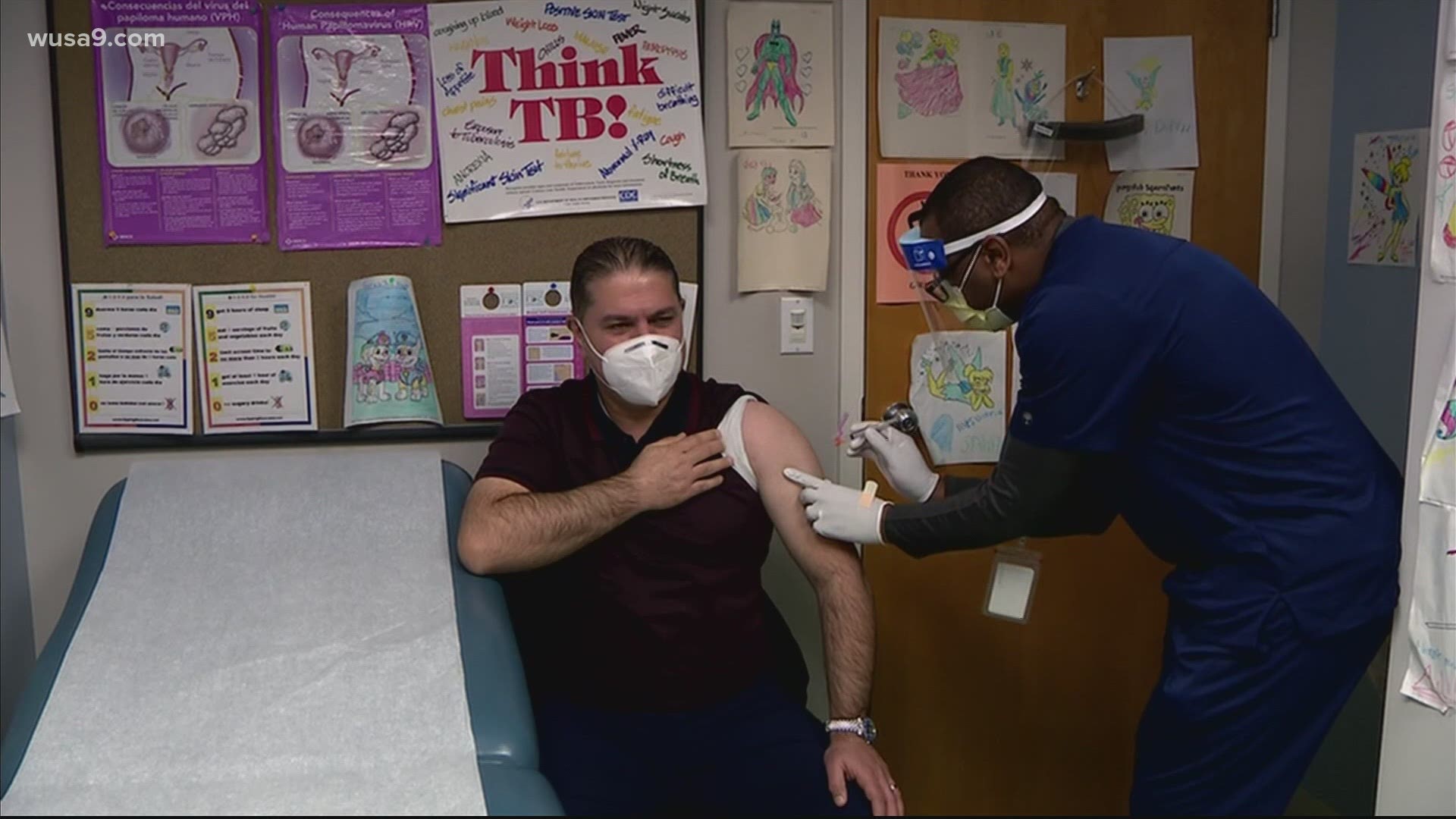 The state had promised that all registrations that were made through county systems would be transferred over to the state system. However, when some residents logged into the new state site to check on their registration, they said they received a message, saying, "No user found."

Hamish Park said he and his partner registered with Arlington County on Jan. 10. His partner was scheduled to receive his first shot Tuesday -- while Park said he hadn't even received an email to schedule his yet.

"I was thinking I can’t be far behind, and lo and behold, thinking this morning, let me just go and check how much longer I’m going to have to wait, and it looks like possibly forever," Park said, laughing.

He said he received the above message, even though he had a confirmation email from the county confirming his registration.

“I was feeling rather frustrated actually, truth be told," Park said.

Rich -- who asked WUSA 9 not to include his last name -- got the same message when he tried to check on his dad's registration on the state site.

“I was expecting to find it, because he’s been registered for more than a month," Rich said. "So then I had to re-register him, and I just have concerns about whether or not he’s going to be at the end of the line now or what.”

The Virginia Department of Health essentially said don't worry -- that will not be the case.

The internal data team found date formatting issues in the Arlington file that prevented some records from being imported into the system. They're working to fix them now. They said individuals do NOT need to re-register. @wusa9 pic.twitter.com/NyDFILleu9

A spokesperson said they found some date formatting issues in the Arlington file that prevented some records from being imported into the system. He said they have since identified the missing records and are working to add them in. The department said the matter should be resolved by the end of Tuesday.

VDH also said that you do NOT need to re-register if you encountered the above issue and don't see your name yet on the state site.

If you already re-registered, like Rich said he did, they said the duplication will be deleted.

A spokesperson said they also identified data transfer issues with records from Chesterfield and Virginia Beach registrations that they were working to fix.

Not all Arlington neighbors encountered issues, however.

RELATED: How to make a COVID-19 vaccination appointment in Virginia

“I had no problem with the registration in the county when I did it over a month ago, and I checked this morning, and I was there," Lawrence Silkaitis said.

He only wishes that the state site would show where he falls in line.

For those still having trouble locating their name on the state site, VDH said that could be because the search fields are case sensitive. They are working to remove that sensitivity.

Park was relieved to hear the state's answers as he anxiously awaits his turn.

“I’ve been very eager to get the vaccine, because I had a liver transplant 15 years ago, so I’m in a really high-risk category," he said. "But you know the light’s at the end of the tunnel I suppose, and that’s all we can hope for.”

VDH also said that today was a "very soft launch," and they'll be regularly adding enhancements and improvements.

The state is also launching a hotline number Wednesday for those who cannot or do not want to register online. Governor Ralph Northam is slated to provide more information on the hotline at 2 p.m.