After three months without a job or unemployment benefits, thousands of Virginians are waiting for news on an extension program that's still in a "testing" phase. 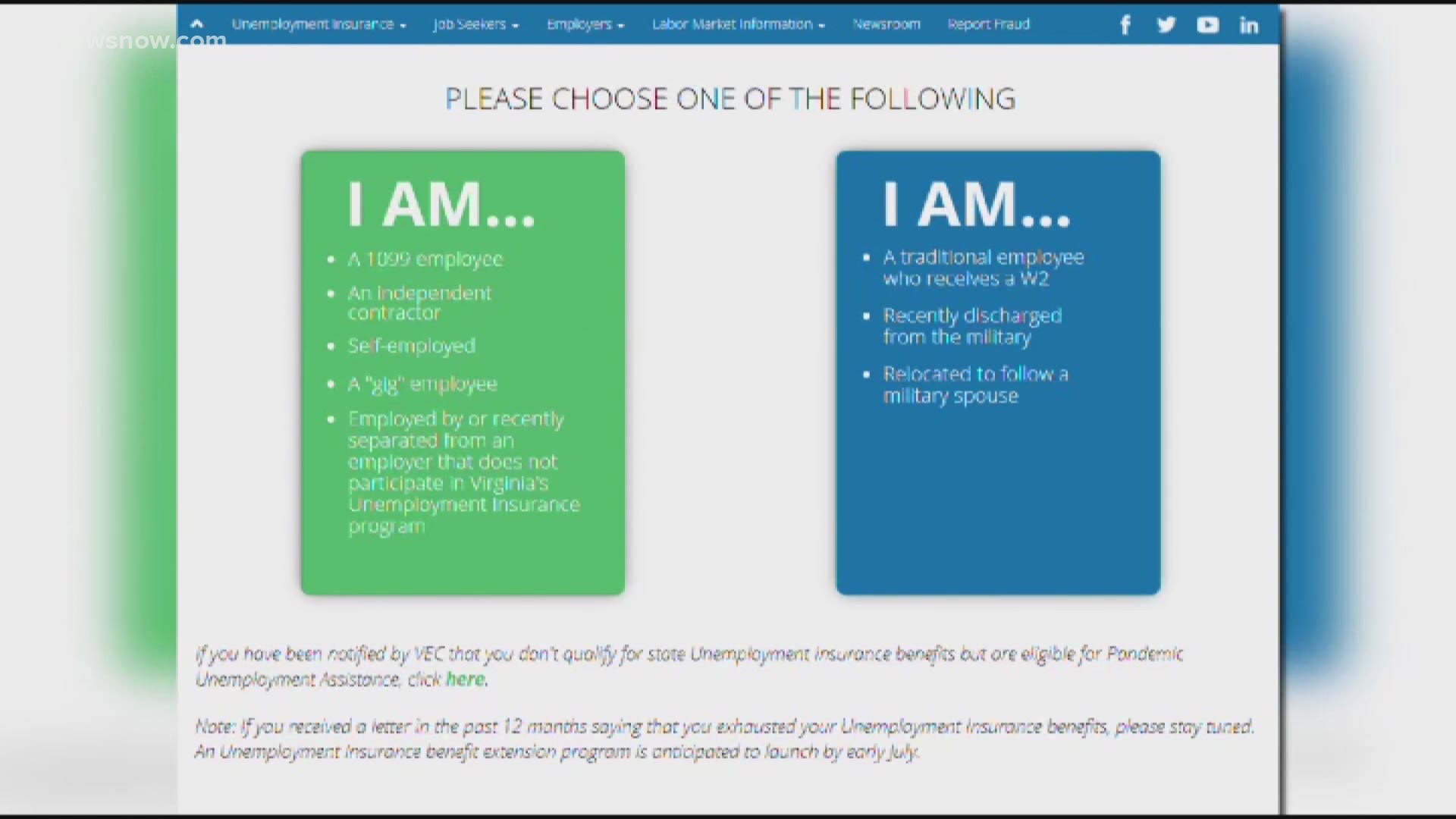 Thousands of Virginians continue to wait on the implementation of the Pandemic Emergency Unemployment Compensation program, an unemployment benefits extension program provided by the federal CARES Act.

The Virginia Employment Commission says the PEUC program "is anticipated to launch by early July." Previously, VEC leaders said the implementation of PEUC requires extensive testing as it could interfere with the distribution of traditional unemployment benefits.

However, workers waiting on an active PEUC application said a three-month wait is devastating.

“It really baffles me, it blows my mind," said Steve Morrin, an unemployed sales manager in the Williamsburg timeshare industry. "I’m just one person, there are thousands of us out there that just don’t have it.”

With an estimated "early July" distribution date, workers said they're wondering why there's still no direct communication with recipients.

“Next Tuesday is the first day in July," Jackson said. "Where is the program, where is the application, where are my benefits?"

RELATED: Virginia: More than 12K have refused to return to work

“If I could get a text message or an email, that would make a world of difference for me," said Claire Coddington, an unemployed counselor.

However, after multiple delays and missed deadlines, Coddington said she's wary of expecting too much.

“My trust has been a little bit diminished," she said.

The impacts are real. Jackson said she had to leave her home and move in with her parents. She lost insurance and is close to losing her car. She can't afford daycare for her four-year-old son, and she can't get a job without affording daycare.

“I am stressed out to the fullest and I want to scream every day, but I try to remain hopeful," Jackson said.

These are workers whose previous unemployment benefits ran out in March, but then their new jobs and job interviews were canceled due to COVID-19 and the resulting job crisis.

"I'm getting ready to go back and then this happens, it's been rough," Morrin said.

PEUC benefits will be paid retroactively, to make up for months of missed payments. The program provides 13 weeks of unemployment payments, between April 4 and July 25.

Workers are pleading for the commission to speed up the implementation.

“If I can ask for anything from VEC, it’s just communicate, practice what you preach and deliver," Morrin said.

RELATED: More than 780,000 Virginians have filed for unemployment in just 10 weeks