Alcohol sales will end at midnight instead of 10 p.m. The modified stay-at-home order from midnight to 5 a.m. will be lifted as well. 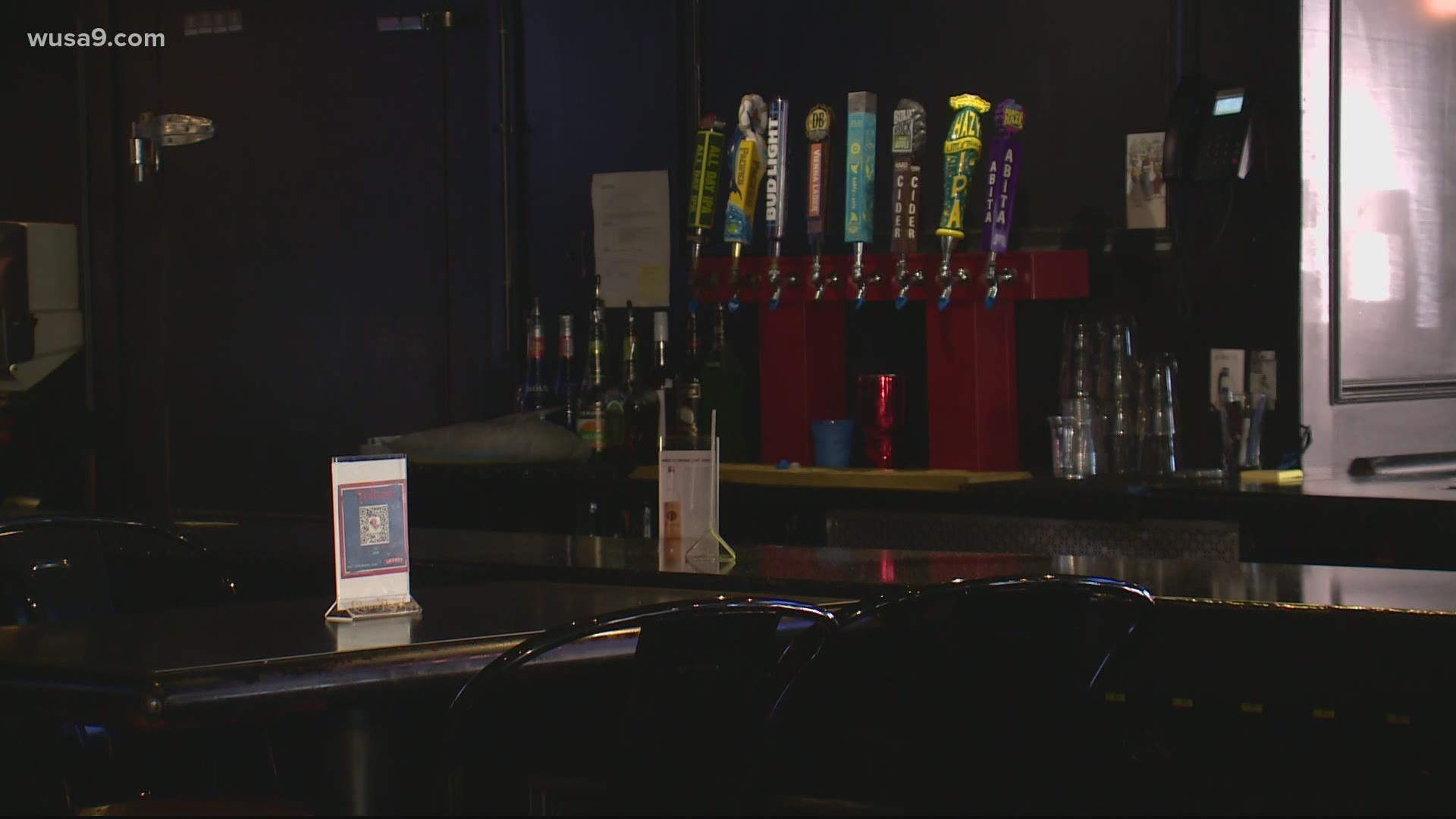 In the new executive order, the governor will lift the ‘modified stay-at-home’ order currently in place between 12 a.m. to 5 a.m. The modified order first went into effect back in December to further slow the spread of COVID-19 cases during the holiday season.

The executive order also changes the cutoff on alcohol sales from 10 p.m. to midnight. Restaurants, bars, and breweries must continue to close by midnight under the new restrictions, Northam said.

“Now almost two months past Christmas, and with thousands of Virginians vaccinated we're finally seeing COVID numbers fall and vaccination numbers rise," Northam said. "That means we can start to consider how to slowly safely ease some of the measures we put in place before the holidays.”

The announcement of eased restrictions was met with a sigh of relief for one Clarendon restaurant and bar.

“My first thought was why not 2 a.m., but my second thought was thank you everything because we've been struggling very, very hard," The Renegade Managing Partner Seamus Phillips said.

Thanks to the hard work and sacrifice of all Virginians, new #COVID19 cases, hospitalizations, and positivity rates across the Commonwealth are the lowest they have been in nearly three months.

That's why next week we will begin to gradually ease some public health restrictions. pic.twitter.com/VPsy9BgPuJ

The Renegade is a Clarendon music venue that has had to completely change the way it operates during the pandemic.

“A dinner theatre with a little more energy is a good way to describe it," Phillips said of the venue during the pandemic. He said they still have live entertainment but started performances at 6:30 p.m. rather than the typical 10 p.m.

“Stopping serving at ten was a very very tough blow for us. The majority of our sales come in that late-night window, both food, and alcohol but it was a big change," Phillips said.

On Wednesday Northam also announced the cap for social gatherings outdoors will increase from 10 to 25 and the capacity for entertainment and public amusement venues will increase to 1,000 people or at 30% capacity.

I talked with the owner and managing partner at @The_Renegade_VA. They said the last few months of stopping alcohol sales at 10pm have been rough. They're looking forward to March 1st when they can get an additional two hours of sales in. pic.twitter.com/ZvSSKylLBb

“I was on the phone with two different bands this morning about the changes, and they were so excited. And I can only assume that every band that we work with is feeling the exact same way," Phillips said.

Looking ahead to May 1, Northam announced that would be the day overnight camps would be able to open with strict mitigation measures in place. He said registration for camps can begin now.

The move to ease statewide restrictions comes as COVID-19 case counts and hospitalizations across Virginia are on the decline.

“It’s critical that we do this slowly and thoughtfully," Northam said. "Monday, as you all know, is March the first. It will be just six days shy of a year since the first positive COVID case was identified in Virginia. And we have come a long way since then, through a very very tough time."

Northam said if case counts and hospitalizations continue to decline, outdoor amusement venues in the Commonwealth may be able to ease restrictions as well, starting in April.

With warmer weather on the horizon in the next few weeks, the governor encouraged people to get outside, where the virus is less transmissible — especially if masks are worn and social distancing is practiced.

“Thanks to the hard work and sacrifice of all Virginians, hospitalization and positivity rates across the Commonwealth are the lowest they have been in nearly three months,” Northam said. “Even as we take steps to safely ease public health guidelines, we must all remain vigilant so we can maintain our progress—the more we stay home, mask up, and practice social distancing, the more lives we will save from this dangerous virus.”

Read the governor's amended Executive Order 72 in full below:

RELATED: How to make a COVID-19 vaccination appointment in Virginia