"Please, I'm going to say it one more time, get your shot," Gov. Northam said. 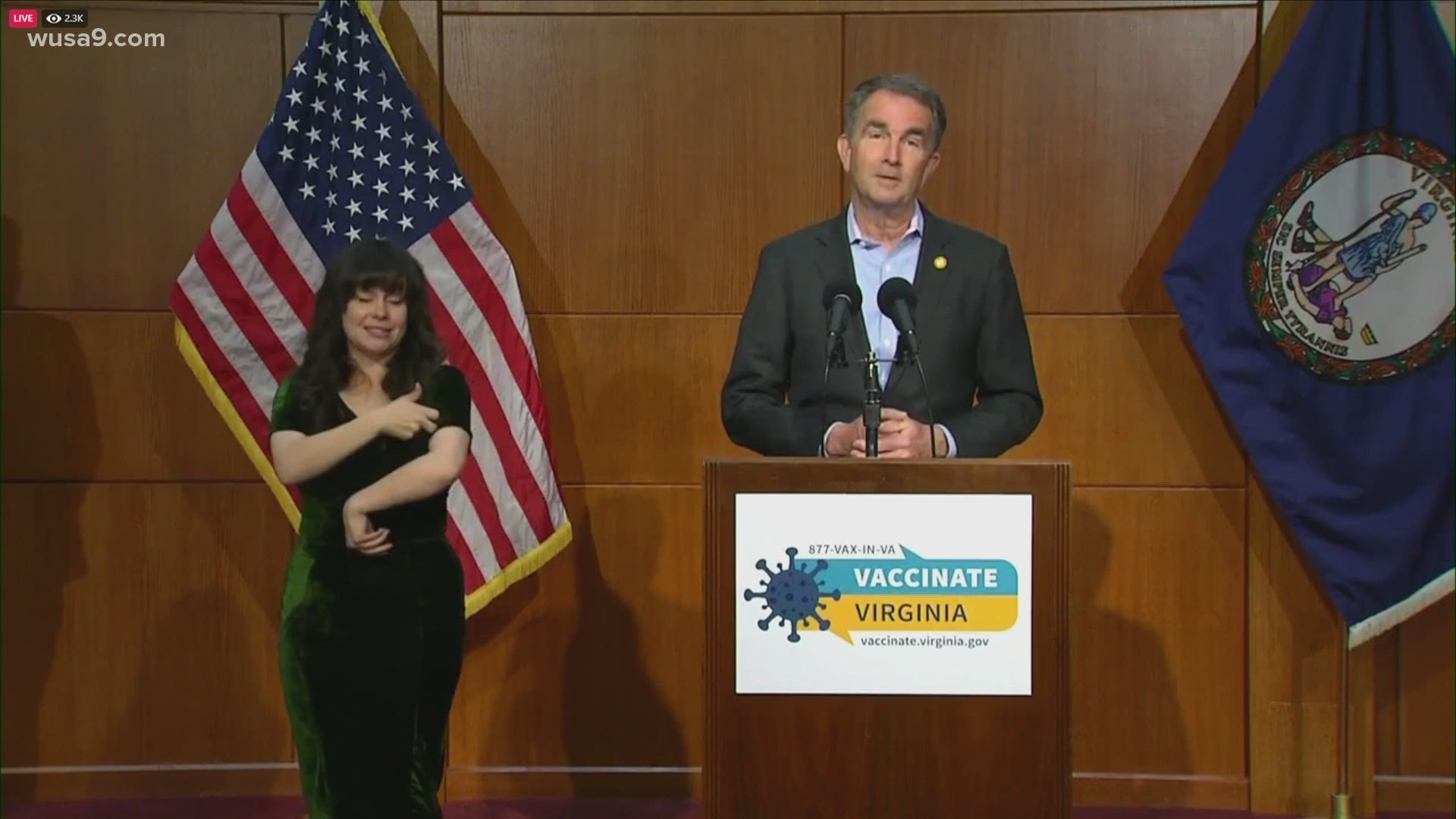 RICHMOND, Va. — Virginia could go back to some normalcy and lift capacity restrictions and guidelines by June 15, if data shows the state is moving in the right direction with COVID-19 cases and vaccinations, Gov. Ralph Northam announced during a news conference on Thursday.

Gov. Northam said, as long as residents continue to follow the current health mandates, in accordance with CDC guidelines, get vaccinated and cases decrease, the state may be able to fully end mandates and capacity restrictions.

Since the expansion of vaccine eligibility to people ages 16 and 17 years old, the state records about 63,000 residents in that age range have been vaccinated, Northam said. They are hoping the nation will get approval from the CDC to start vaccinating young people ages 12 and over as early as next week.

"Have those conversations with your provider, so I'm going to say get ready because it is going to be soon," Northam said.

He also added that the state is trying to reach 70% to 75% of the population vaccinated to achieve herd immunity.

Officials said they will reevaluate and discuss the state of the region by the end of May to decide if they should move forward and remove occupancy limits and mitigation measures by June 15.

Virginia's State of Emergency is set to officially expire on June 30. Northam said that he hopes the state won't have to extend the emergency if residents continue to follow the current mandates. Officials at the news conference Thursday said the emergency may have to be extended to continue the issued mask mandate since it was included in the emergency declaration.

Virginia's daily average of new #COVID19 cases has dropped nearly 40 percent in the last 3 weeks, and hospitalizations are the lowest they have been since early October.

Vaccinations work—and getting your shot has never been easier.
💻 https://t.co/loFwXNE6Rr
📱 877-VAX-IN-VA pic.twitter.com/4OemJcWE4X

At this time, Virginia is working to loosen some restrictions starting May 15. This will include expanding alcohol sales and expanding the number of people allowed at outdoor gatherings:

The full text of Sixth Amended Executive Order Seventy-Two and Order of Public Health Emergency Nine can be found on the governor's website.