Westminster Canterbury on Chesapeake Bay received a clean slate after Point Prevalence Survey testing from the Virginia Department of Health. 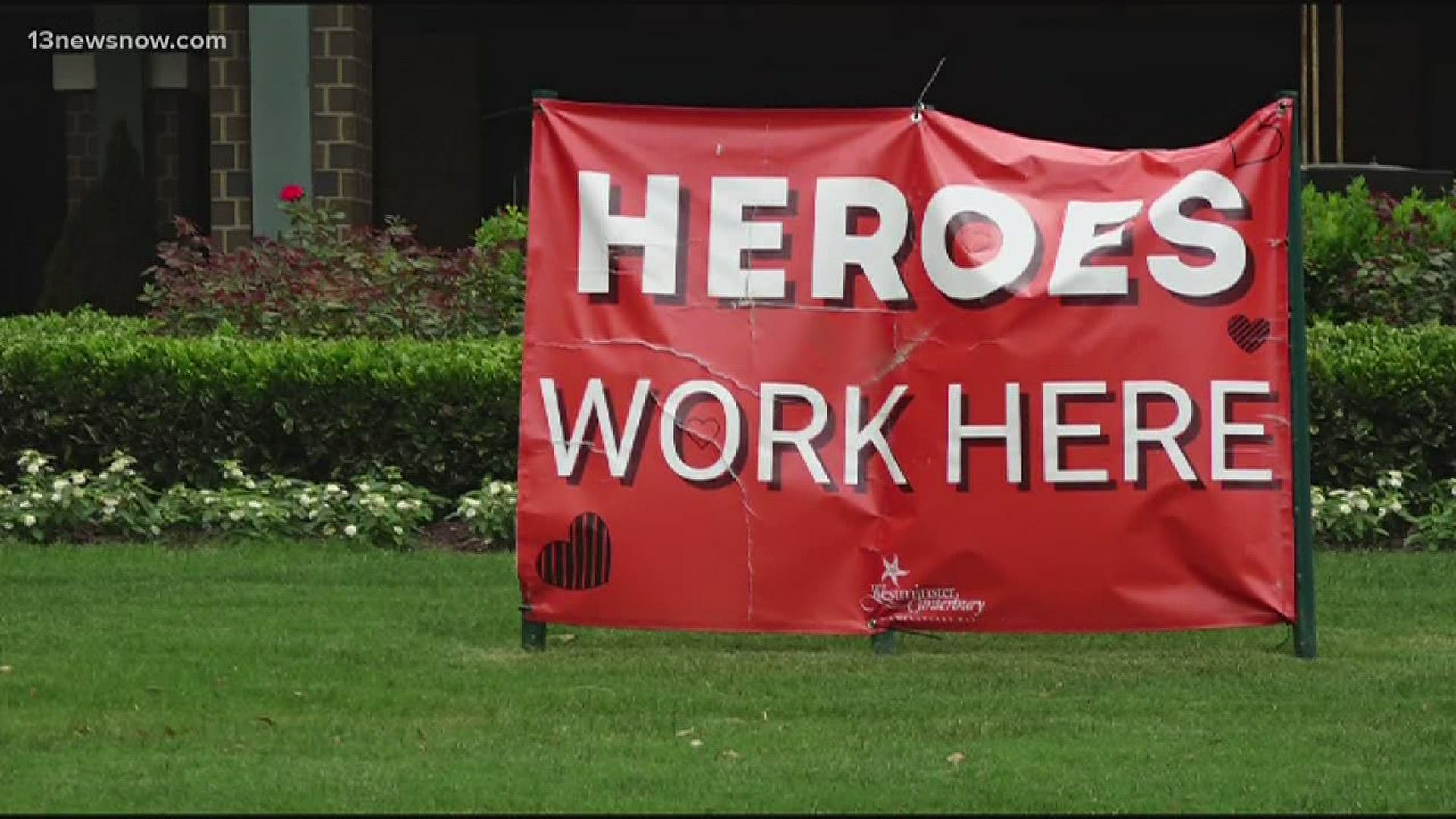 VIRGINIA BEACH, Va. — More than half of all coronavirus-related deaths in Virginia are connected to long-term care facility outbreaks, but some senior living centers are still virus-free.

After widespread testing of more than 1100 residents and staff members, Westminster Canterbury on Chesapeake Bay reports no positive tests for COVID-19.

“We did a happy dance,” President and CEO Ben Unkle said. “I was frankly surprised that we wouldn’t find any asymptomatic carriers among that wide population of people.”

Westminster Canterbury on Chesapeake Bay was the recipient of Point Prevalence Survey testing, which is the Virginia Department of Health initiative to test all residents and staff in senior care facilities regardless of symptoms.

Unkle says his senior living community was aggressive in implementing an early campus quarantine and mask requirement while keeping amenities like dining areas and the gym open to prevent loneliness and isolation.

“The trick is to be able to serve everybody and give people the right amount of people without spoiling the precautions of the people who are more careful and indeed more vulnerable,” Unkle said.

The Virginia Department of Health paid for the widespread testing, which occurred in early June. Unkle said VDH was surprised the facility still reported no cases, months after the pandemic spread to Virginia.

“They wanted to find out for research purposes if we were in fact virus-free, and they offered the full house testing,” he said.

“This is a long siege battle until there’s a vaccine or some breakthrough treatment that hasn’t happened yet,” Unkle said. “It’s not time for us to let our guard down.”

Until then, residents and their families will find a way.

On Wednesday, resident Frankie Parker sat on a park bench inside the fence at Westminster Canterbury.

Her daughter Diane Tarkenton and grandson Tyler Tarkenton pulled up their own chairs onto the sidewalk 15 feet away. Looking through the fence, the family talked face to face for the first time since March, Diane Tarkenton said.

RELATED: Nursing homes should be virus-free for 28 days before opening, feds warn

RELATED: Federal government to release data on coronavirus outbreak, deaths in long-term care facilities by end of May