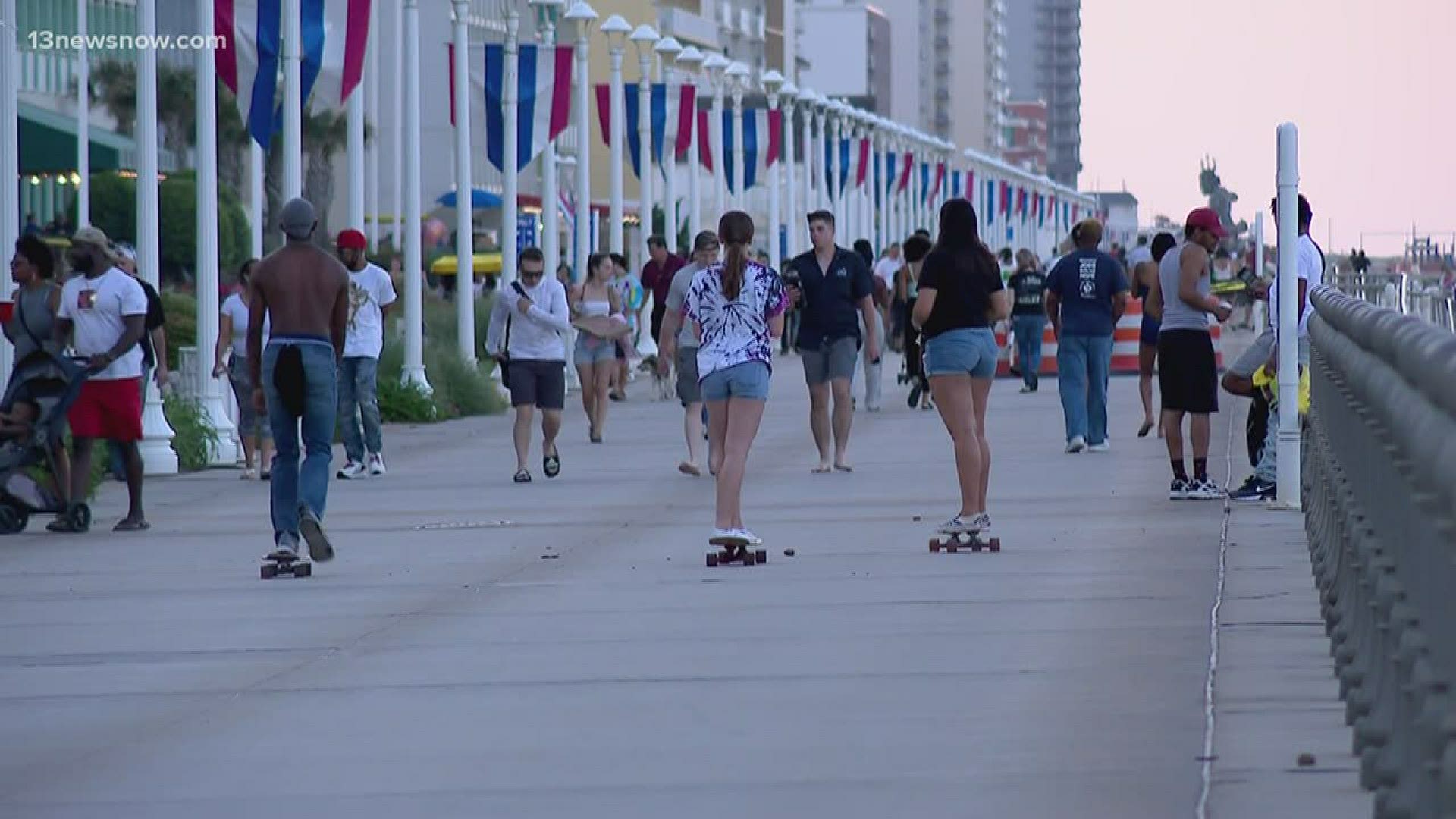 People were taking part in simple pleasures again, like outside dining. But beach restrictions haven’t gone away.

Beaches are still closed, only exercising and fishing are allowed.

“It’s frustrating because I love to come just sit out here and read a book,” said Chick’s Beach neighbor Ginny Johnson. “But if I have to fish, that is what I’m going to do.”

Johnson spent the sunny afternoon casting fishing lines on the beach with her granddaughter.

But, other neighbors like Lawrence Finger said restrictions didn’t stop people from enjoying the sun and sand.

“People coming, parking on the street, taking cases of beer out and going on the beach,” Finger said. “Congregating, 10 people or more, and having a good time.”

On Friday, Mayor Bobby Dyer urged his city to play by the rules.

“We have to find this balance,” Dyer said. “That people can start functioning again, but they have to know that we have the responsibility to do it in a very safe way.”

He said state officials will have their eyes on Virginia Beach.

“If we show that we are compliant with long term rules, look at this as short-term inconvenience with long-term gain,” Dyer said.

“There are still some details to be worked out,” Dyer said. “We want to make sure that we get it right, that the governor feels comfortable, that we feel comfortable.”

“I hope there comes a time when we can come out here and relax, without feeling like we might be punished for being out here,” Johnson said.

Others worry it’s too soon.

"Then people come from outside the area, come from New York, and then there is going to be a resurgence,” Finger said.

On Friday night, a Virginia Beach police officer at the Oceanfront said they hadn’t had many problems. He said officers on ATVs reminded people every now and then to separate but said, so far, people are being responsible.

RELATED: 'Phase One' and unemployment: What should we expect?

RELATED: Lynnhaven Mall opens, but many stores inside are still closed