VERIFY: Are police mailing tickets to those who break stay-at-home orders?

Several viewers asked what stay-at-home orders allow the public to do, and if you can get a ticket mailed to you for violating the order in DC, MD or VA. 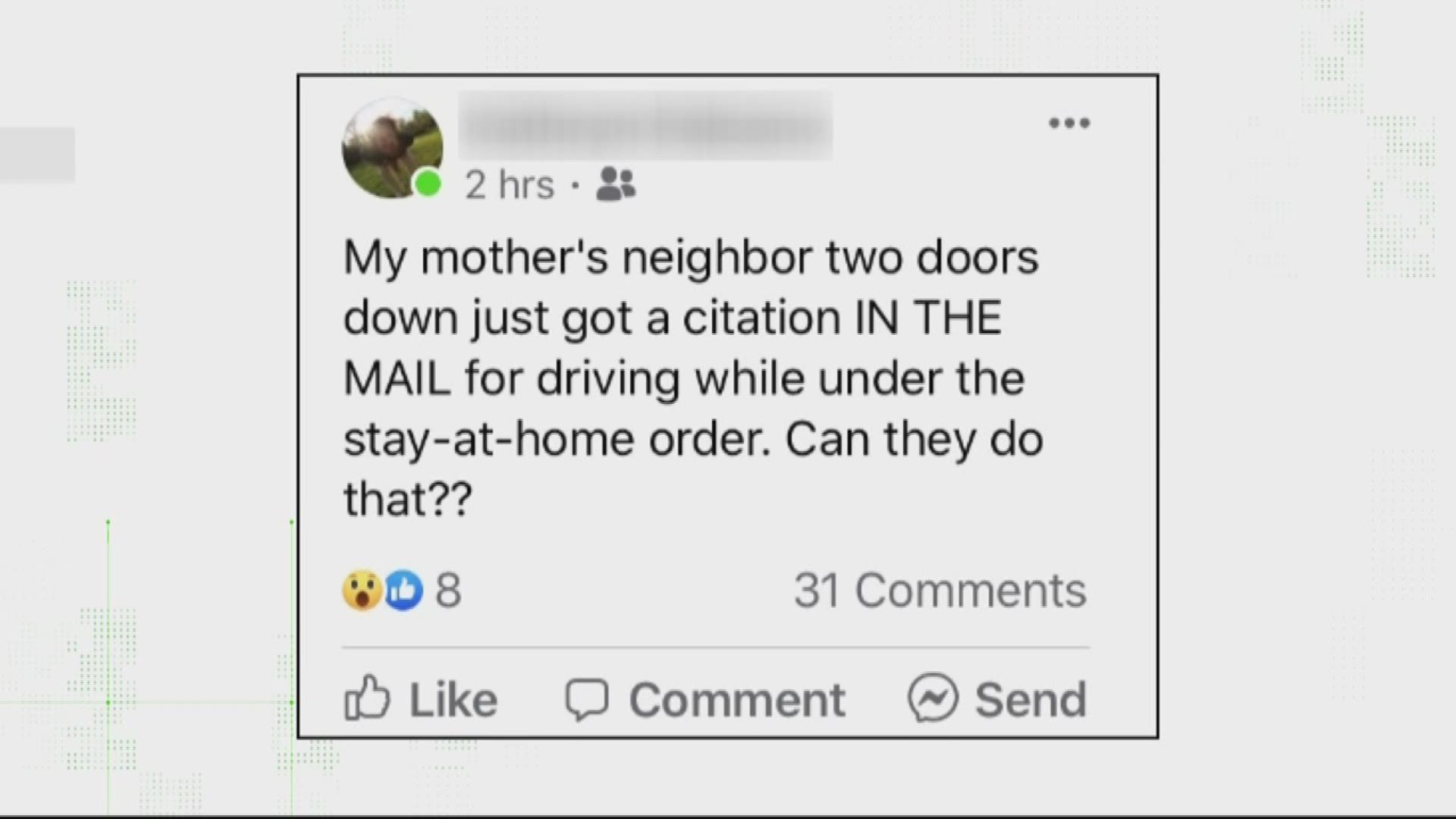 Are police mailing citations to those who break stay-at-home orders in Maryland, Virginia and/or D.C.?

Governors Hogan and Northam and Mayor Bowser have all issued executive stay-at-home orders in Maryland, Virginia and the District.

RELATED: VERIFY: What happens if you don't comply with stay-at-home order?

The Verify team has received dozens of questions from viewers wanting to know what they are still allowed to do under the new law.

We received one email regarding a Facebook post that claims people are getting citations in the mail for driving during the stay-at-home order.

We were asked to verify if it's true.

Our researchers contacted state and local police throughout D.C., Maryland and Virginia. They all confirmed, that’s simply not happening.

"Residents of Fairfax County should not have any fear or apprehension that a police officer is out to pull them over or otherwise make an unnecessary contact, because we too are concerned about social distancing," Fairfax County Police Chief Col. Edwin Roessler said.

RELATED: Who to call if you spot someone not complying with the stay-at-home orders in the DMV

This approach is being used across the DMV.

"Our officers remain particularly focused on the protection of life and property, and the investigation of serious crime," Montgomery County Chief of Police Marcus Jones said in a statement. "Additionally, our officers are addressing Governor Hogan’s Executive Order with an emphasis on voluntary compliance. During this time, we will be prioritizing our resources and responses toward the COVID-19 crisis and other priority law enforcement needs."

Everyone we spoke with says you won’t get pulled over just for being out and about.

RELATED: VERIFY: Can you drive to the park for a run, go fishing, or visit the accountant under stay-at-home orders?

A day after Hogan issued the stay-at-home order, Maryland State Police wrote in a statement:

"Enforcement of the expanded Governor's Executive Order will be conducted by Maryland state troopers. However, troopers will not make traffic stops simply to ask drivers where they are going to determine if their travel is essential or not."

Virginia State Police said that they will not be making "random traffic stops on vehicles nor conducting checkpoints to determine if a driver is traveling for a permissible reason."

So we can verify, local police departments are not currently mailing out citations for breaking stay-at-home orders.

RELATED: VERIFY: Has the deadline to file 2019 taxes change?