Manufacturing issues are causing a national shortage of the third FDA-approved vaccine. 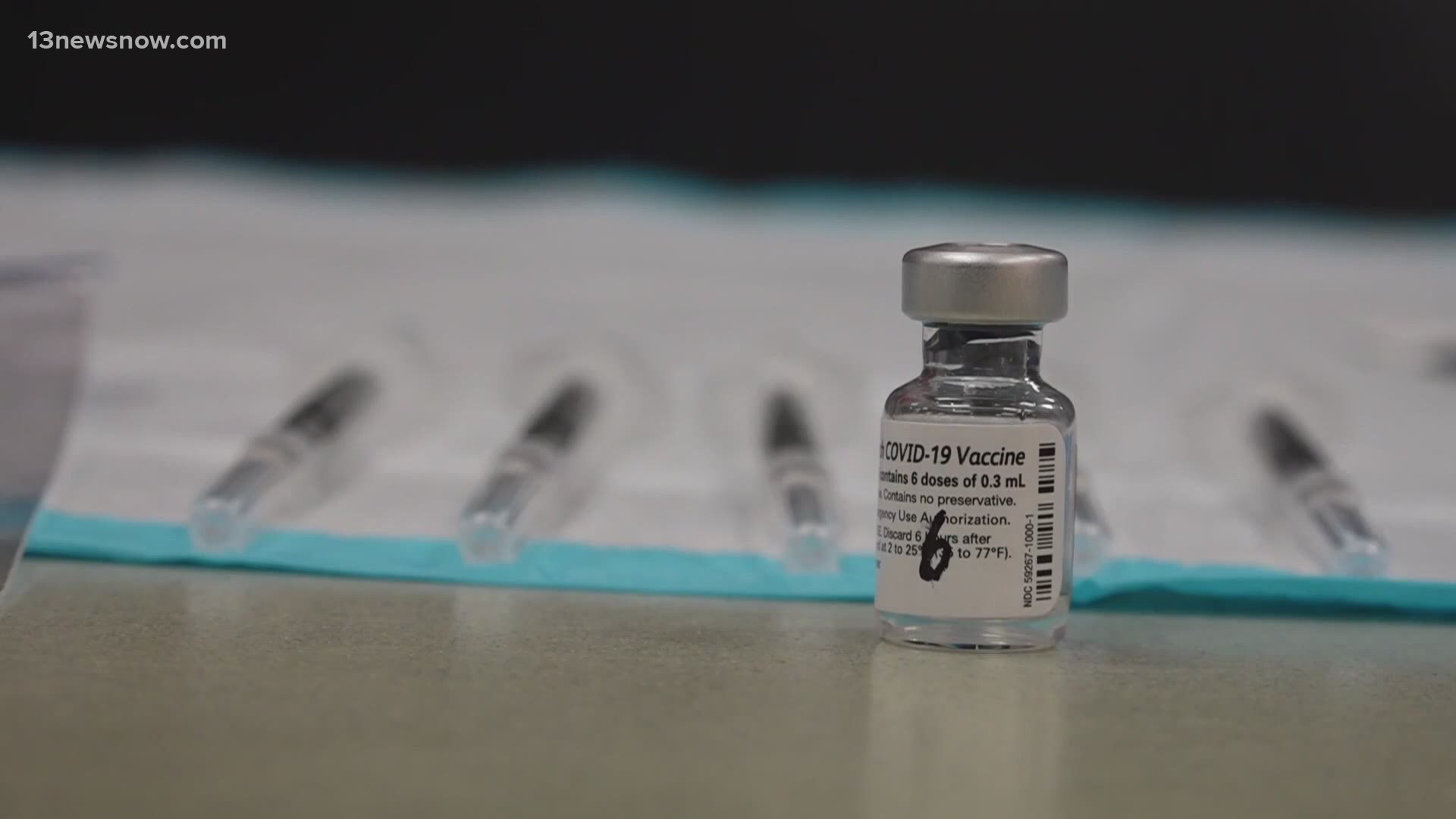 NORFOLK, Va. — As more and more people are signing up for their appointments to get vaccinated, Virginia must move forward with fewer doses in the immediate future.

Johnson & Johnson's one-dose COVID-19 vaccine is experiencing a nationwide disruption of its rollout caused by manufacturing complications. According to the Centers for Disease Control, the national allotment will decrease from nearly 5 million doses this week to only 700,000 beginning April 12.

Starting next week, Virginia's vaccine rollout will see a significant decrease in its J&J distribution ability.

Dr. Danny Avula, the state's vaccine coordinator, says the state will lose more than 100,000 doses as a result of the shortage.

It equates to roughly a tenth of what the state was expecting to receive initially.

This news comes as clinics in North Carolina and Colorado temporarily paused vaccinations of the J&J vaccine after some individuals reported adverse reactions at different vaccine clinics. Dr. Avula said that while they are monitoring the situation, it doesn't appear to be anything "out of the ordinary" at this time.

All Virginians are eligible to receive the vaccine after April 18, according to the Virginia Department of Health. The Johnson & Johnson shortage will not delay the state's ability to meet that threshold in less than two weeks, but Dr. Avula says it will slow down the pace of vaccinations that can take place afterward.

“Having 100,000 fewer doses than we were expecting does limit the total number of appointments. It's really important for people to need to understand that when we all collectively move into phase April 18, it doesn't mean you'll be able to get your vaccine within 24 hours," Dr. Avula said.

“Everybody who wants to be vaccinated will have the chance to do that by the end of May -- at least first dose -- we’re still really confident in that timeline."

Health departments are being instructed to open appointments within the next three to four weeks leading up to the move to Phase 2.