Any Virginian 16 and older is now eligible to receive a vaccine. 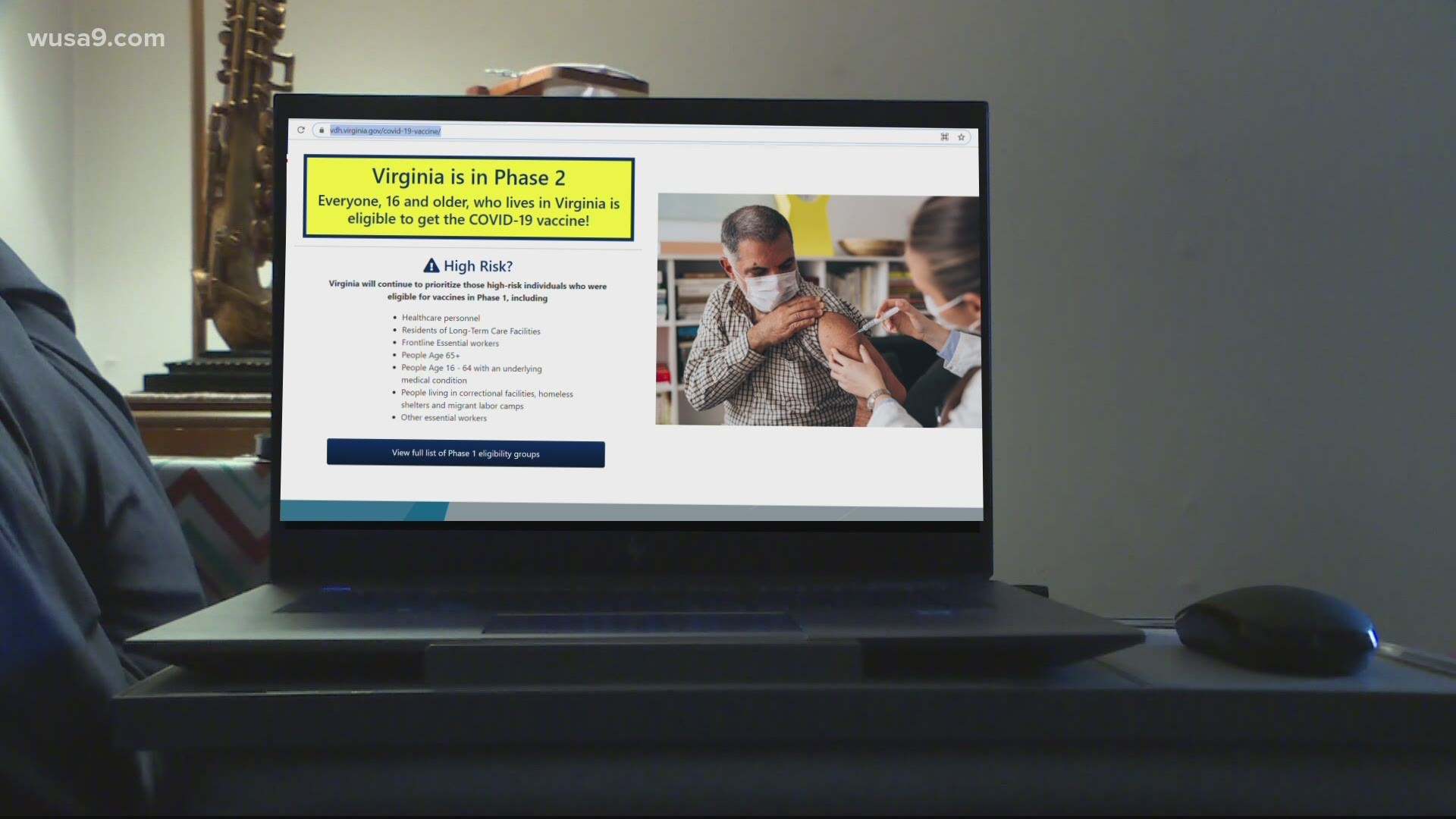 FALLS CHURCH, Va. — Virginia teens are excited after the commonwealth expanded vaccine eligibility to everyone 16 and older on Sunday.

17-year-old Truman Lapp said his parents were sitting ready at their computers at midnight when the eligibility opened up. It paid off.

“Trying to get the closest and soonest appointments, and I think the best we've done is Wednesday in Aldie, which is kind of far, but anything to get the vaccine as soon as possible," Truman said.

The high school junior is one of at least 3 million people who became eligible Sunday, according to an early video release from Governor Northam. Comparatively, CDC data said Virginia is receiving approximately 440,000 Pfizer and Moderna doses this week.

With the flood gates open comes a reroute to the registration process.

Instead of preregistering through the state portal and later receiving an appointment invitation from a local health department, the vaccinate.virginia.gov site directs users to the Vaccine Finder site, which is managed in part by the CDC.

There, residents type in their zip code and search for available appointments.

If someone cannot find an appointment through the finder, the site still offers the original method for people in priority groups 1a-1c.

Starting today, ALL Virginians 16 and older are eligible for the #COVID19 vaccine.

Find a provider near you and make a vaccination appointment at https://t.co/loFwXNmvsR or by calling 877-VAX-IN-VA (877-829-4682).#VaccinateVirginia pic.twitter.com/rJOJjPPncJ

“I’m looking forward to getting mine, because it really is going a long way to helping people feel more comfortable around each other and making social interaction feel more normal," Truman said.

Governor Northam reminded the commonwealth that eligibility does not equal an appointment, and there could still be a few weeks' wait as supply catches up.

Once Truman receives both doses, he's excited to return to one of his favorite places: “I’m looking forward to going to a theme park again.”

And, he has a message for other teenagers.

“Tell your parents to help you get the vaccine, because the faster everyone gets it, the faster we can all go back to normal.”