After receiving almost $2 million in federal funding, Mobile Medical Care held a vaccination event at a low-income housing complex in Gaithersburg on Wednesday.

On Wednesday, the Seneca Heights apartment complex in Gaithersburg played host to teams that provided free shots for people living in the permanent supportive housing area.

By focusing on low-income and disadvantaged adults, Mobile Medical Care Executive Director Peter Lowet said the most vulnerable groups could be protected against the deadly virus.

"We really want to focus on who face real barriers to getting a vaccine," he said. "We know with an equity lens that they are potentially falling behind in the vaccine effort. We are really targeting disparities of access because we know that’s the best way to get the entire community vaccinated and to really do this in a fair and equitable way.” 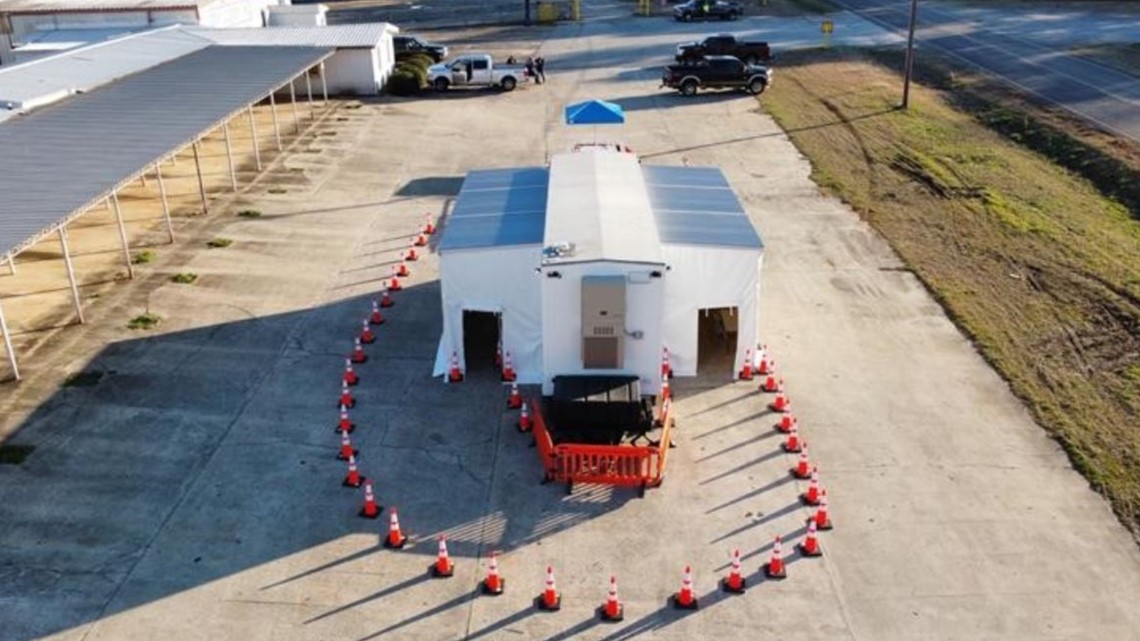 According to organizers, the people who received the shots were chosen due to their lack of access to reliable transportation, computers, and other resources.

Lowet highlighted the work with other community groups and said that by teaming up with churches, housing groups, and food distribution sites, great strides could be taken in fighting the pandemic and getting people protected against COVID-19.

"Our model is to go with community partners and for them to identify vulnerable clients and to invite them to in effect a private clinic," he said. "We’re looking for people who already engage with the population we serve. More and more, we really want to align with finding the clients who have needed help during Covid.”

After receiving federal funding and teaming up with local groups in Montgomery County, Lowet added that his team was already seeing positive results.

"This really helps us," he said. "It helps us in terms of manpower. It helps us with understanding the communities.”

In total, organizers said around 60 Johnson & Johnson doses were distributed to low-income adults living at the Seneca Heights complex on Wednesday.

Stephen Boyd, who lives in the community, said he experienced no issues during his vaccination appointment.

"They put me in line for maybe four minutes. Walked in, gave me the shot," he said. "It was rather smooth. No pain at the injection site. It was nice.”

Boyd said having the vaccine event at the complex made the experience of getting the shot much easier since he would have faced challenges having to travel to another site.

"I didn’t have to worry about traveling or getting anywhere," he said. "It would have been definitely tough because I would have had to make sure I got there and had a ride back.”

Other community health centers around Maryland also received millions of dollars in aid through the American Rescue Plan, including The Community Clinic in Silver Spring, which received $7.8 million in federal funding connected to the rescue package.

While Wednesday's event was closed to the public, organizers said similar community vaccination clinics in low-income areas could occur over the next few weeks and months in the region.

Coalition Homes Inc. Director Jeffrey Mosley said adults living in low-income and vulnerable communities should check with their housing complex or place of worship about plans for vaccine clinics.

Following his vaccination on Wednesday, Stephen Boyd said he was glad the event was held and he was looking forward to making plans for the spring and summer.

"It just took a lot off my mind, a lot of stress and a lot of worry," he said. "I’m excited. Weather is about to break and I want to get out and go to the parks.”

RELATED: A push for vaccine equity has one Prince William County church opening its doors for appointments