Maryland's health secretary said Monday that of the 25,000 vaccinations administered at Six Flags in Prince George's Co., only 3,500 have gone to county residents. 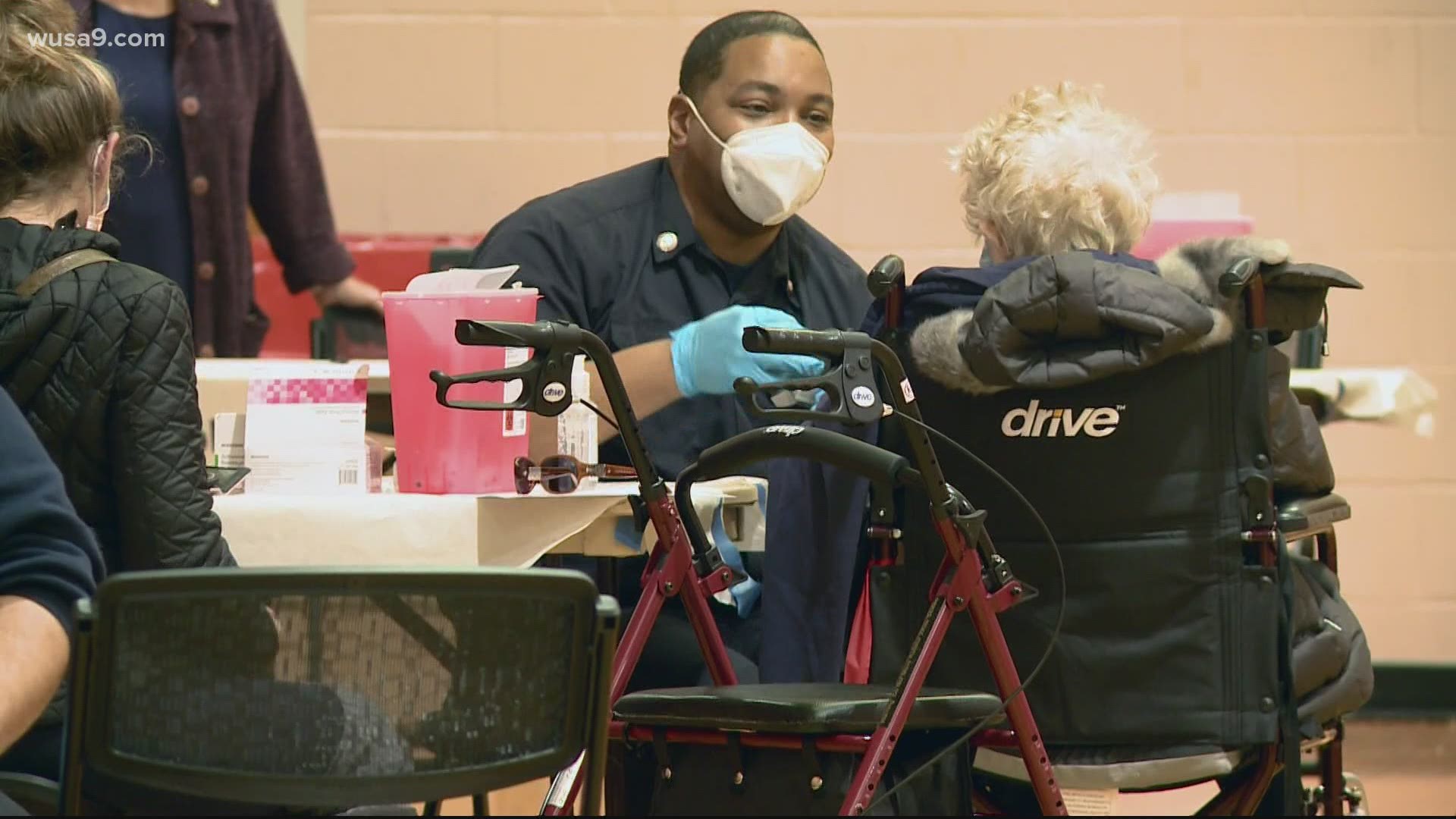 County data shows that while Black/African American and Latino/Hispanic communities comprise nearly 40% of the population, they've received just under 20% of the vaccines that have been administered.

Maryland state data shows an even more drastic discrepancy. While census data says Blacks/African Americans make up 31% of the state's population, they've only received 16% of the first doses that have been given.

Montgomery County leaders point to what they call Gov. Larry Hogan's lack of a plan to incorporate equity into the distribution framework as the cause.

Dr. Crowel said setting up a mass vaccination site in the hardest hit county -- Prince George's -- is not enough to ensure those residents are getting the vaccines.

The graph shows out of the approximately 25,000 vaccinations that have been administered at Six Flags in Bowie, only 3,500 went to people living in Prince George's County. That's compared to 20,000 from Montgomery, Howard and Anne Arundel counties combined.

RELATED: 100-year-old Montgomery County man is a prime example of how health officials use the vaccine to target COVID hot spots

"It’s one of the most disheartening and frustrating things," Montgomery County Councilmember Will Jawando said. "If you think about why disparities happen. People have access to time, to cars, to internet access, to the ability to scour in what I call these vaccine 'Hunger Games' for an appointment, and just putting it at Six Flags, where you need a car to get to, is not going to solve the problem unless you have prioritization."

The health secretary said they are working to start prioritizing Prince George's neighbors and reaching out via text based on the county's preregistration list.

Montgomery County has been working on its own outreach -- bringing clinics to zip code-targeted COVID-19 hotspots and soon vaccinating neighbors in their homes.

Jawando suggested another idea at a council briefing Tuesday morning.

“I think it would be totally appropriate considering the science and the data about who is dying and contracting this disease to take into account race and ethnicity,” he said.

He wants to open eligibility to people younger than 75 who are Black and Brown, based on research from the Brookings Institution that shows Black people are dying from COVID-19 at roughly the same rate as white people more than a decade older.

Crowel said they'll consider it as they work to get to the root of the vaccine disparity problem.

"We are a long way in Montgomery County we think from really running up against a wall called hesitancy," he said. "What we’re dealing with right now is access."

Hogan has been criticized for blaming the disparity on hesitancy in the past, which Crowel cautions against.

"There is no one single thing that you can label as hesitancy," he said. "There are folks who have misinformation, who don’t have sufficient information, and folks who have health care concerns or religious concerns or preoccupations. Those are legitimate concerns, and it’s too global a term to lump them under hesitancy… We’re trying to understand… what the particular issues are in our community, so we can craft messaging and hopefully work through those things for people who are sitting on the fence."