The error occurred when vials of the vaccine were left out in room temperature longer than the recommended time. 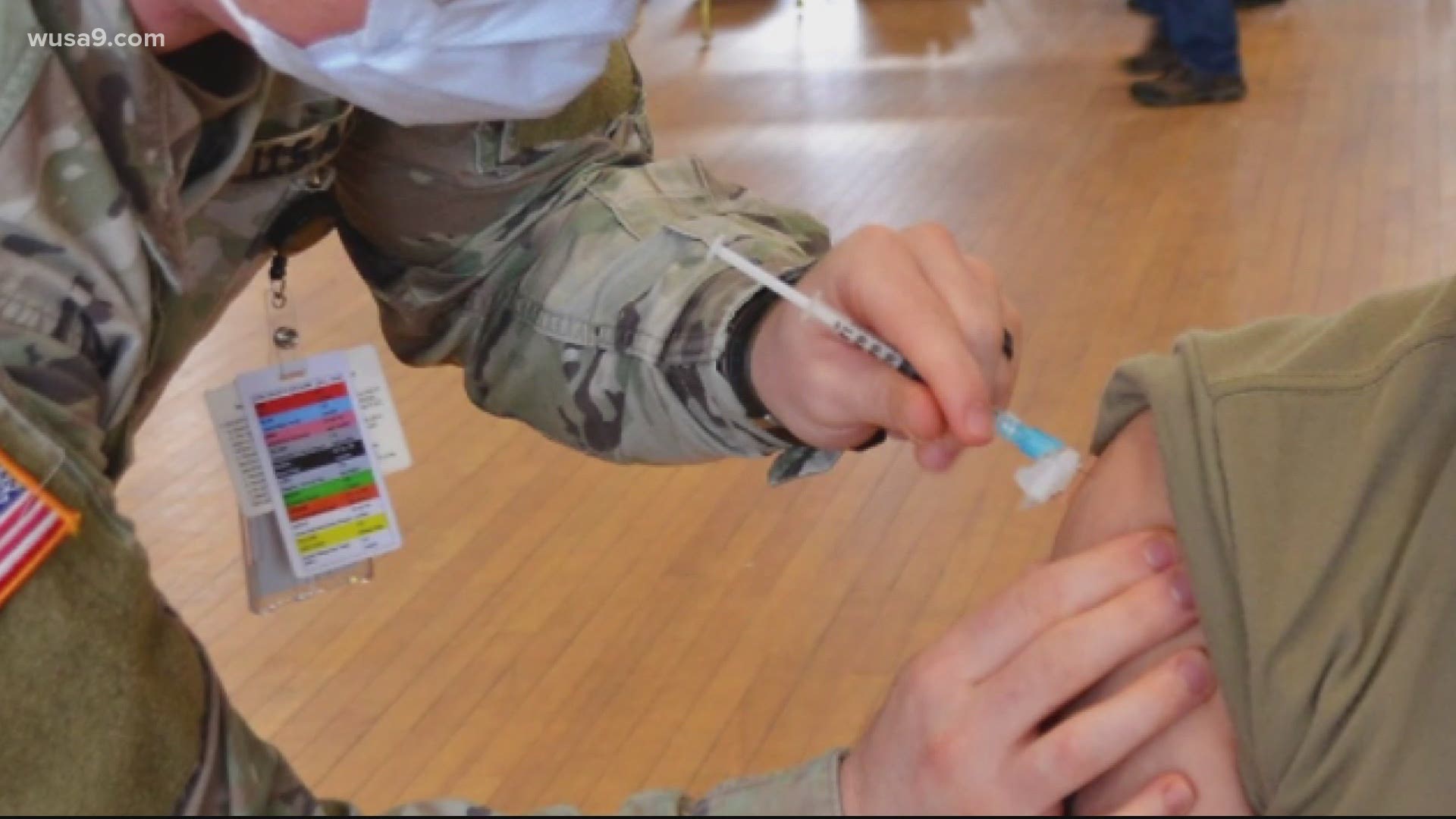 FORT MEADE, Md. — Clinical staff at Fort George G. Meade were forced to reschedule vaccine appointments after hundreds of shots of Moderna were “inadvertently administered” to members due to a storage and handling error.

A representative for Kimbrough Ambulatory Care Center said the department recently discovered 800 doses were left out of the fridge too long before they were given. A statement from KACC revealed the vaccines were stored outside of the recommended temperature range, which affected the viability.

"Instead of going from the freezer to the refrigerator to store, it went from the freezer to room temperature and it remained at that state beyond the 24 hours," Col. Tracy Michael of KACC said. "This was due to improper storage and handling of the vaccine."

The Moderna vaccine can last at standard refrigerated conditions of up to 46°F for up to 30 days within the 6-month shelf life. The temperature allows for storage at most pharmacies, hospitals or physicians’ offices.

The bad batch of doses were first administered to military personnel, civilians and subcontractors on April 7 and the remainder on the 12 at the McGill Training Center. Michael said the 80 vials were pulled from the freezer and were mistakenly placed inside of another box.

Col. Tracy Michael of the Kimbrough Ambulatory Care Center on Fort Meade explains how a 'storage and handling mistake' compromised 800 doses of Moderna that were 'inadvertently administered' earlier this month. The department is now working to re-schedule a repeat dose. @wusa9 pic.twitter.com/uhcI5gKSpl

"It wasn't until one of our warehouse workers moving some other things in the warehouse actually noticed this box was inside another box and immediately alerted staff," Michael said.

The mistake happened at the storage facility and not at the vaccination site.

Moderna and the Immunization Health Branch of the Defense Health Agency reportedly reviewed what happened and determined there’s no guarantee the vaccine would provide full protection.

A KACC spokesperson said their immunization experts recommended to repeat the dose.

“We are always concerned for the safety and wellness of our service members and beneficiaries,” a statement to WUSA9 read. “Fortunately, there is no known risk for potential harm to the individuals who received the affected doses.”

Dr. William Schaffner of Vanderbilt University Medical Center agreed there should be no adverse reactions.

"We don't anticipate that there will be any reaction of major concern a bit of annoyance and another inoculation for sure, but well worth it to get protected from COVID," Dr. Schaffner said.

As a result, the department made some changes including "increased leadership involvement, revamped training on how to properly receive, store and issue the vaccine, and increased control measures." Instead of two people handling the vaccine, a third person will join to assure the doses are handled properly.

Staff has been reaching out to members to inform them of the situation, address any questions or concerns and schedule another appointment if they choose to receive it again.

RELATED: Veterans go to battle stations in war against COVID-19