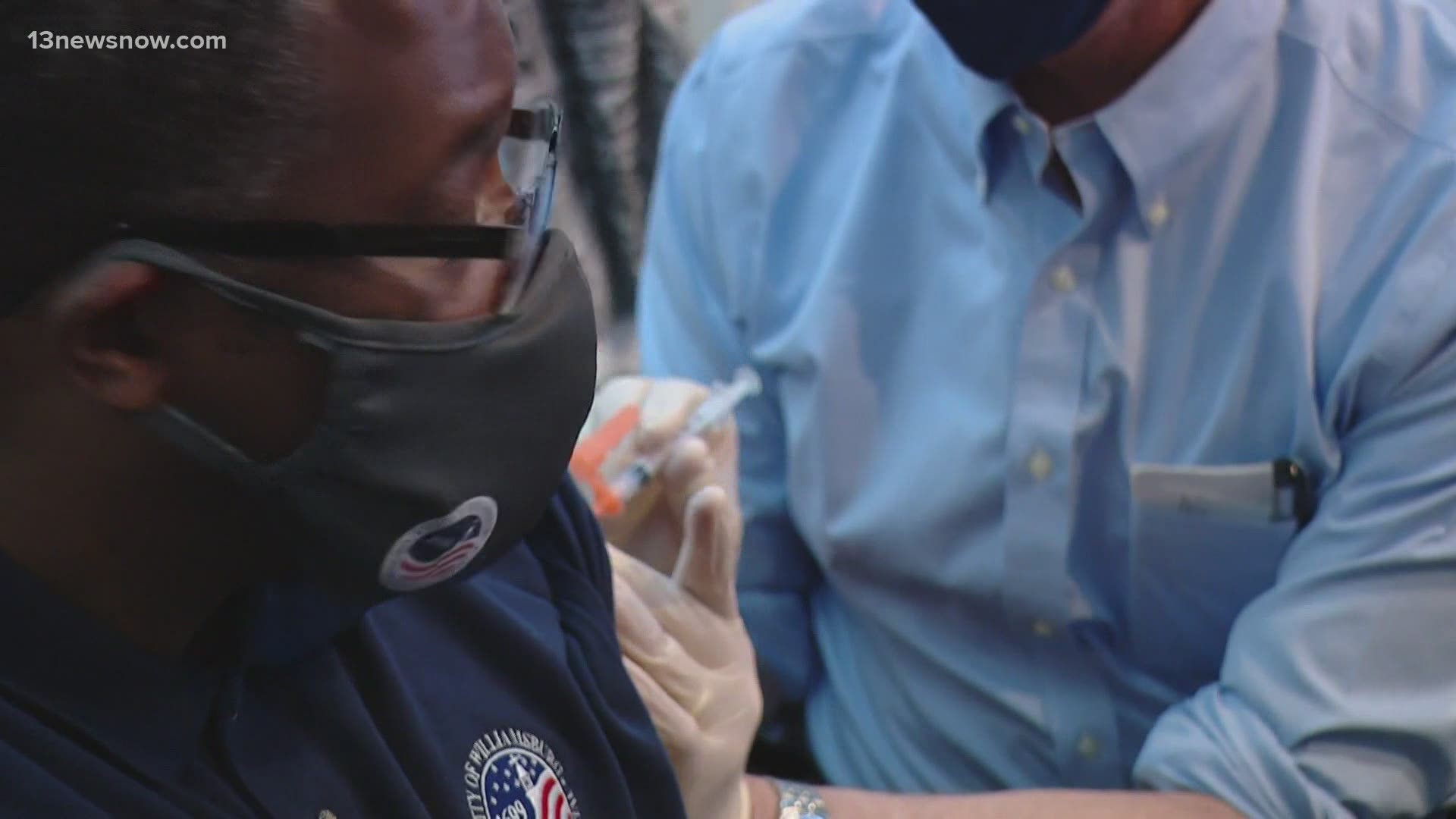 PORTSMOUTH, Va. — A vaccine center is coming to Portsmouth!

Governor Ralph Northam announced earlier in the week that Portsmouth is one of three cities in the state will begin hosting mass COVID-19 vaccination events starting the week of March 15.

In a press briefing Tuesday, Northam introduced a plan to start hosting large-scale vaccination clinics around the Commonwealth. Portsmouth, Danville, and Petersburg were chosen as the first sites.

Portsmouth city leaders will speak about their plans at the Sportsplex on Portsmouth Boulevard on Monday, March 15.

The new mass clinics are thanks to millions of dollars in FEMA funding that was granted to Virginia for the state's continued response to COVID-19 that these clinics can be held.

Curtis Brown with the Virginia Department of Emergency Management said an equity analysis was conducted to see what sites had the best access to vulnerable populations.

Portsmouth has one of the lowest vaccination numbers to date in all of Hampton Roads.

The clinics are by appointment only. Only people who have registered for the vaccine and are eligible under the state's current phase for distribution can receive a shot at the clinics. The state will contact those individuals to set up specific times to get their vaccine doses at these events.

State health authorities said the goal is to host up to 13 large-scale events within the next three months.