Currently, the state is operating three mass vaccination sites, but is working to open more across Maryland. 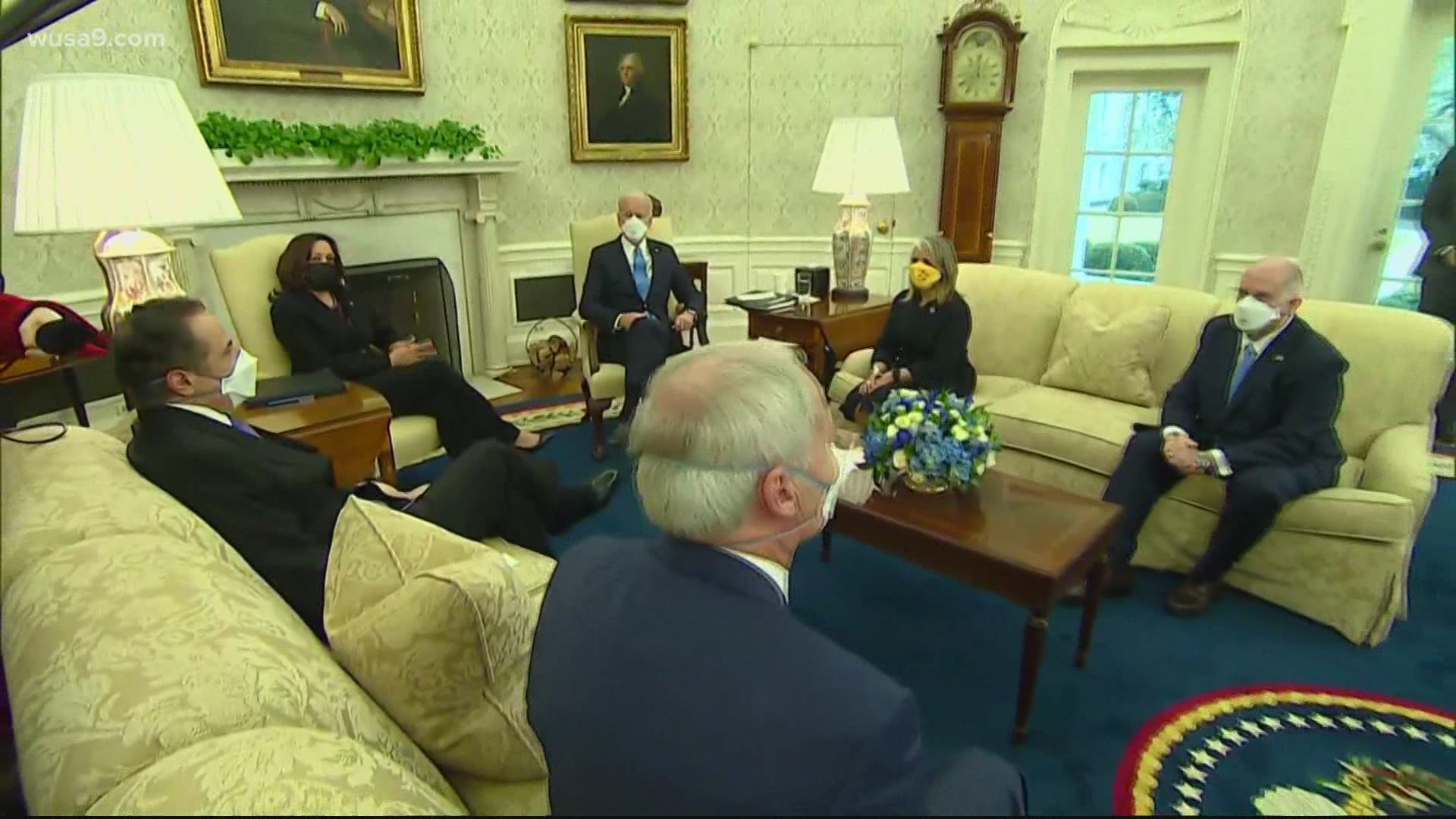 “In March, we’re going to be launching a statewide preregistration system to support our state-run mass vaccination sites and this is going to allow us to manage the flow of appointments, which we're very excited about,” Acting Health Secretary Dennis Schrader said. "It will also help us to coordinate with county health departments and allow both mass vaccine sites and the local health departments to manage appointments.

Schrader acknowledged that while supplies still remain limited currently, the registration portal is a preparatory step for a future when vaccines are widely available.

"Most importantly, we expect that establishing a pre-registration system will improve the user experience and prepare for the day when supplies are very, very abundant," Schrader said.

RELATED: How to make a COVID-19 vaccination appointment in Maryland

In late January, Gov. Larry Hogan announced that the state’s health department and the Maryland National Guard were working together to launch at least six mass COVID-19 vaccination sites. Currently, the state is operating two mass vaccination sites: one in Prince George's County at Six Flags and another at the Baltimore Convention Center Field Hospital. A third opens Thursday at M&T Bank Stadium, and a fourth site is planned for Regency Furniture Stadium in Charles County, opening March 11, according to Gov. Hogan.

The Charles County site will be supported by FEMA, which will provide more than 100 personnel—including trained vaccinators—to help staff the site and provide technical assistance.

“Mass vaccination sites are a critical element in the statewide network of vaccination options that we are establishing,” Schrader said. “These sites will promote equitable access to vaccines by supplementing the sites operated by local health departments, hospitals, pharmacies, and other local partners.”

Hogan said that while the speed of vaccinations is increasing, the supply from the federal government remains extremely limited in the state; Maryland currently receives 12,000 doses a day, while two million Marylanders are currently vaccine eligible.

Maryland is in Phase 1C of the vaccine distribution plan, including residents 65 and over, as well as critical workers in high-risk settings.

As of Tuesday, Maryland's statewide positivity rate is 3.9%, and according to Gov. Hogan, 99% of the state's first doses received from the federal government have been administered. The state is averaging 27,604 shots per day.

Maryland providers have administered 1,112,651 total doses of COVID-19 vaccines, and 99% of all first doses received from the federal government have been administered. The state is averaging a new record high of 29,096 shots per day. pic.twitter.com/kB5dmEUsG3

Virginia centralized its registration system in early February, creating a statewide system to manage the data. Instead of having people register with local health departments, the state plans to combine all of the city and county signups into one master list. The VDH system change affected vaccine registrations through local health departments, but not people who are getting shots through private providers or through CVS Health.