Get the shot, get a prize: Receiving a COVID-19 vaccine now brings big incentives

Teenagers who receive a COVID-19 shot in Maryland could win a $50,000 college scholarship. 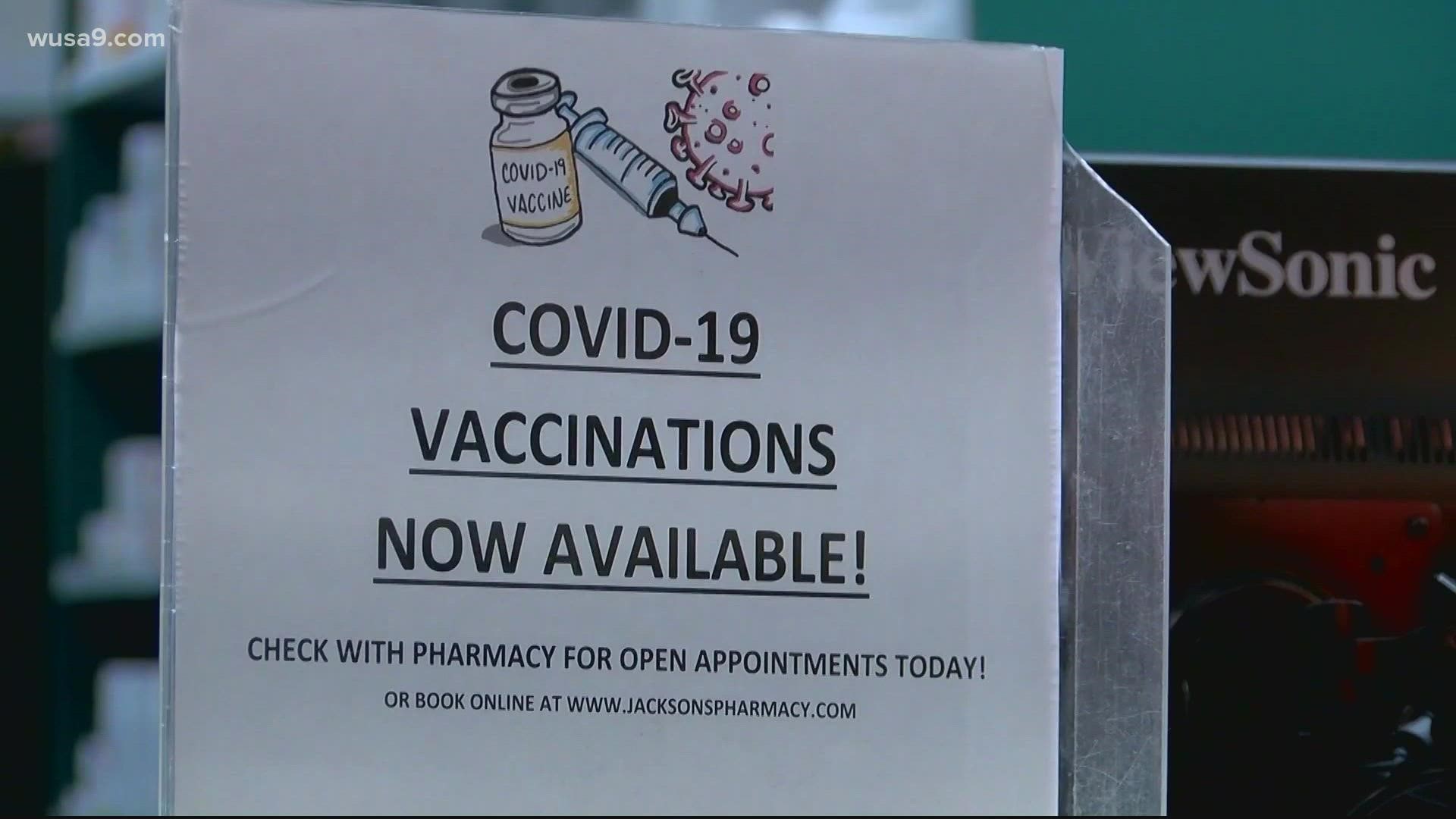 WASHINGTON — People who have not yet received a COVID-19 vaccine, particularly teenagers, could win prizes ranging from gift cards and AirPods to a full college scholarship as a result of getting protected against the deadly virus.

Currently, the Centers for Disease Control estimates the Delta variant to account for more than 80% of all COVID-19 cases across the country.

Several metrics, including new cases, have been on the rise in parts of Maryland, Virginia and D.C. over the past several weeks.

Many medical experts and elected leaders have cited the recent concerns as a reason for more people to get vaccinated, which could help people avoid severe symptoms and stay out of the hospital.

However, vaccination numbers in the region continue to see much lower levels compared to their peak in the spring.

According to records from the Maryland Department of Health, Monday's seven-day average for doses distributed totaled 10,303.

For comparison, the seven-day average remained over 60,000 for almost the entire month of April this year. At its peak, the metric was recorded at 81,293 on April 30.

The drop in vaccinations could also be seen in D.C. on Thursday.

According to data from D.C. Health, the seven-day average for doses administered totaled 647 during its most recent count on July 19.

As a way to get more people to go out and get vaccinated, leaders have offered incentives.

In Maryland, the state has awarded $2 million to vaccinated residents as part of the VaxCash program. State employees can also get $100 for being vaccinated.

Beginning this month, Maryland began offering 12 to 17-year-olds who receive the COVID-19 vaccine a chance to win $50,000 in scholarship money as part of the VaxU program.

In total, $1 million in scholarship money will be given away as part of 20 prizes being awarded up to Labor Day.

In D.C., Mayor Muriel Bowser recently announced an initiative to get more children and teens vaccinated by offering $51 gift cards and 400 pairs of AirPods.

All students in DC who receive the vaccine will also be eligible to win an iPad or a $25,000 college scholarship.

Keisha Thornton, who received her first dose earlier this month, recently won $10,000 in grocery store gift cards after being entered into a Take The Shot raffle in D.C.

On Friday, Thornton and her daughter spoke to WUSA9 about winning the prize.

"You get entered into a raffle. You hear those things all the time and you don’t really think you’ll get picked," her daughter said. "I told her, 'Mom, we don’t ever have to worry about food forever!”

Thornton said she was diagnosed with COVID-19 last summer and had to receive oxygen treatment at the hospital. After seeing firsthand how dangerous the virus can be, she hopes others would see the need to get vaccinated and protect themselves.

"You shouldn’t have to persuade anyone to go get a shot because it’s helping people against COVID. So many people have died from COVID and I was one of the lucky ones," she said. "I would tell them to take the shot. It could save your life and keep you from being in the hospital.”

Special GoVax deals for Maryland residents who are vaccinated can be found here.

RELATED: Bars and restaurants in DC to require guests to show proof of vaccination