'There was pretty much nobody here' | Despite ongoing COVID-19 concerns, some vaccination events still see small crowds

On Thursday, some who attended a vaccination event at Laurel High School noted how small the crowd was. 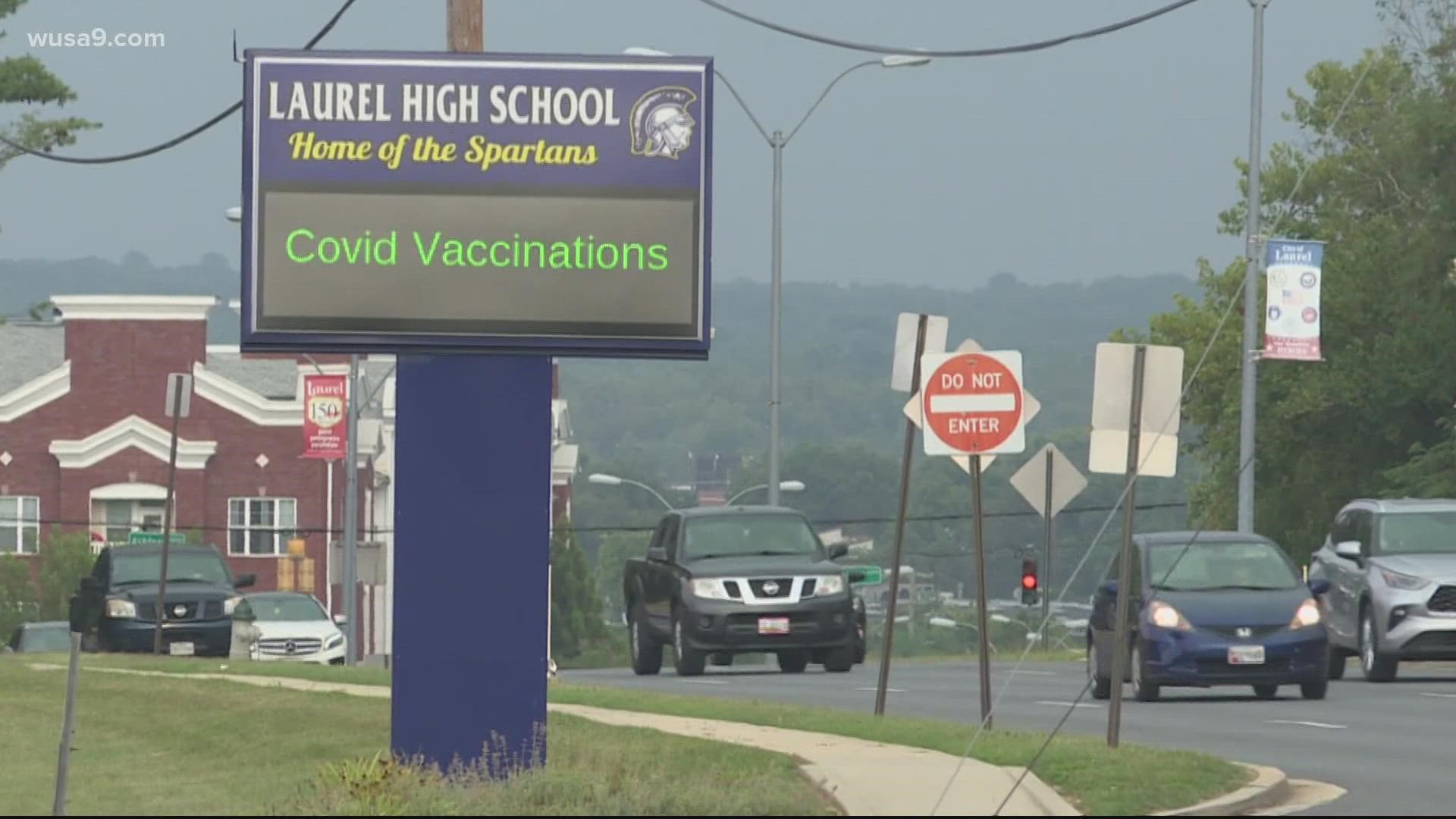 LAUREL, Md. — Despite growing concerns about the COVID-19 Delta variant, vaccination numbers around the region on Thursday remained far below their peak levels seen in the spring.

The CDC has estimated that more than 80% of new COVID-19 cases around the country are connected to the Delta variant.

Several metrics, including new cases, have been on the rise in parts of Maryland, Virginia and D.C. over the past several weeks.

However, vaccination data has seen an opposite trend.

According to records from the Maryland Department of Health, Monday's seven-day average for doses distributed totaled 10,303.

For comparison, the seven-day average remained over 60,000 for almost the entire month of April this year. At its peak, the metric was recorded at 81,293 on April 30.

The drop in vaccinations could also be seen in D.C. on Thursday.

According to data from D.C. Health, the seven-day average for doses administered totaled 647 during its most recent count on July 19.

Mobile Med, which is based in Bethesda and has organized a number of vaccination events over the past several months, sent a statement to WUSA9 on Thursday saying the number of shots administered by staff had seen a noticeable drop.

"Unfortunately, vaccine hesitancy remains potent among the unvaccinated," the statement read. "Even with news about the Delta variant and a continued track record of vaccine safety and efficacy, we are distributing far fewer shots than at our peak."

Part of the dwindling demand could be seen at a Laurel High School vaccination event on Thursday.

During the last hour of the event, almost all seats in the auditorium remained empty as some of the medical staff browsed on their phones.

Nina Harris stopped by with her son during the afternoon to make sure he could be vaccinated before the start of school in a few weeks.

"I was expecting it to be more crowded and it was not crowded at all," she said. "Not a lot of people. No wait time.”

Harris told WUSA9 that the recent spread of the Delta variant raised her concerns about the pandemic and led to her making sure not to miss the event with her son.

"With the numbers rising now, we’re a little concerned about that," she said. "I’ve seen people that I know well that have passed away from COVID. It’s very important for us to be vaccinated.”

Jasmine Green also stopped by with her child during the evening.

"It was to protect my family with the Delta variant going around," she said.

While some relaxed with constantly wearing personal protective masks during the summer, Green said she remained steadfast with following healthy practices to avoid getting sick with the virus.

After her daughter received the vaccine on Thursday, she was glad her family would get even more protection.

"We’ve still been worried about taking our masks off because we’ve always had a fear of still catching COVID," Green said. "Now, it’s just a thing of protecting our entire family.”

"It’s definitely a feeling of security to know that we have a better chance of not catching the coronavirus," she added.