Vaccines at Bojangles Coliseum to end next month

Mecklenburg County is in a good place with its vaccinations, but Health Director Gibbie Harris has concerns about young adults not getting their shot. 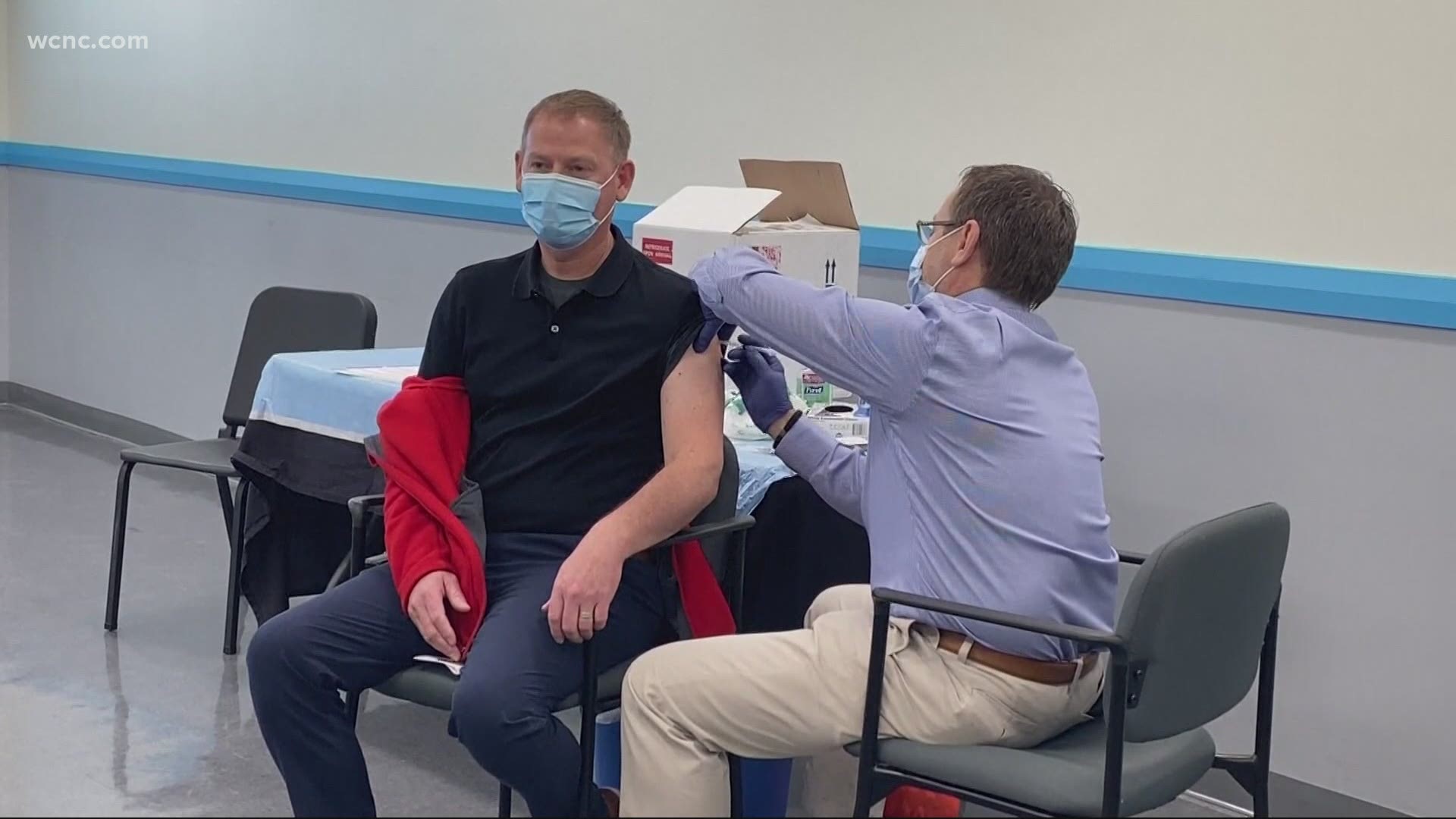 Health Director Gibbie Harris said younger people are getting vaccinated at a lower rate than the rest of the population. Overall, Harris said Mecklenburg County is in a good place with its vaccine rollout, with 34% of county residents partially vaccinated and 22% fully vaccinated. That means that as of April 21, 95,000 first and second doses have been given out.

However, COVID-19 metrics are increasing; Harris says virus variants, more places reopening, and recent travel with Easter and Spring Break were contributing factors.  A bright spot in the update: there have been no deaths in long-term care facilities since the month of February.

Harris explained that vaccinations are going well and for the most part, supply is outpacing demand. In fact, Harris said Mecklenburg County plans to stop using Bojangles Coliseum for vaccinations at the end of next month. She said closing that site will free up staff to focus efforts in more specific areas. Harris says if a vaccine is more convenient to access and readily available, then people who want one won't need to leave work or make a special appointment to get it. She believes Mecklenburg County will see more people get vaccinated. There are still some events planned at the coliseum through the rest of April, including one geared for the LGBTQ community on Thursday.

When it comes to young adults, however, Harris and other county officials are concerned. As cases of COVID-19 are starting to rise, Mecklenburg County plans to increase its efforts to educate and provide vaccine options for young adults.

"It's not always hesitancy as much as it is a lack of urgency," Harris said. "In the beginning, we had a lack of vaccines, and the people that needed the vaccine really wanted the vaccine, so we had that sense of urgency. Now it's not so much, especially when looking at our younger population."

Harris noted there was a "large supply" of vaccines available. When asked about concerns regarding herd immunity, she said there is a success with citizens already vaccinated, and they haven't slowed down their efforts. The availability of the vaccine also means people aren't tied to one location for shots either; Harris noted there are enough vaccines where people seeking a shot can go anywhere for a second dose.

Have a relative or friend in another state and want to know when they can get vaccinated? Visit NBC News' Plan Your Vaccine site to find out about each state's vaccine rollout plan.

Dr. Meg Sullivan, medical director for Mecklenburg County Public Health, says the county was getting out almost every shot they received last week. However, Sullivan noted an "overwhelming majority" of their doses are being used.

Harris is also hopeful that approval of the Pfizer vaccine for 12-15 year-olds will mean an expansion of the vaccine to even younger people in Mecklenburg County. Health leaders were also anticipating the approval of the Johnson & Johnson vaccine after concerns were raised about possible adverse side effects. An update on the J&J vaccine is expected on Friday, April 23.

RELATED: VERIFY: What's behind menstruation changes after the COVID-19 shot?

Sullivan and Harris also noted they were in conversations with breweries in the area about holding vaccination events, with more canvassing and grassroots efforts planned. A partnership with Action NC is also being launched as well.