A week after limited in-person learning began at the University of Maryland, a union representing workers at the school expressed concerns about being on campus.

WASHINGTON — One week after limited in-person classes began during the fall semester at the University of Maryland, students inside a dormitory continued to face "enhanced health precautions" on Sunday after a recent surge in coronavirus cases.

According to university officials, 23 positive tests of coronavirus were reported over a recent two-week period inside of the Denton Hall dormitory.

As a result, students are being told to restrict movement and stay in their rooms as much as possible until October 2nd.

"As part of our protocol, all residents who tested positive are now isolating. Anyone who was a close contact with someone who tested positive was notified and moved to designated quarantine housing," a letter to residents read. "We are taking these actions to mitigate the spread of the virus and because we care for you, our students, and our community."

During the two-week period, the school said students will be provided a case manager and have meals delivered.

Students will also be able to take walks and pick up mail and packages.

However, students were asked to adhere to the following rules: 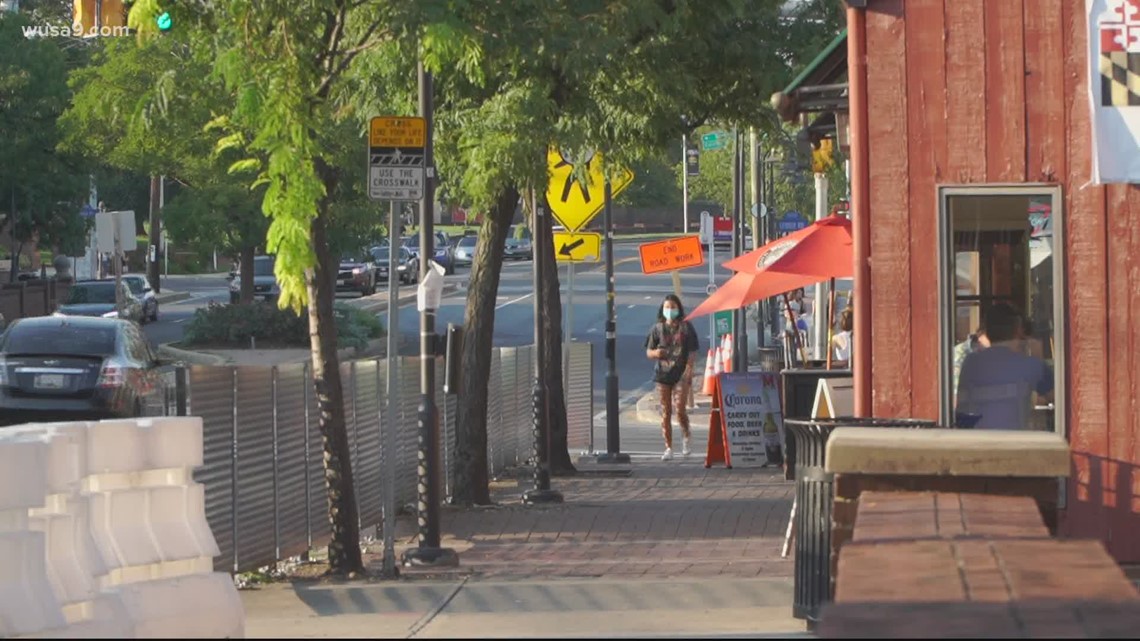 The announcement came as 129 students were in quarantine or isolation housing on campus as of Sunday night, according to the university's official COVID-19 dashboard.

The number meant just 18% of quarantine and isolation housing on campus was available.

With the school still adjusting to the fall semester during the pandemic, the American Federation of State, County and Municipal Employees (AFSCME) Local 1072 union told WUSA9 that the recent surge in cases brought plenty of concerns.

"We’re always in danger. When we go into these buildings, we have the chance to be in danger," said Saul Walker, a longtime repairman on campus and a member of the union that represents workers at the University of Maryland. "We’re there every day. We know what’s going on with the students.”

While Walker does not regularly respond to Denton Hall, he said on-call shifts can lead to workers needing to head to quarantine and isolation housing.

After almost 20 years of working on campus, he said the pandemic had led to strict precautions needing to be taken every day.

Moving forward, Walker hoped the school would work with the union to help make the campus safer for the workers.

"If we can come together, we can work it out together," he said.

RELATED: Some excitement, some concerns: Limited in-person learning returns to University of Maryland