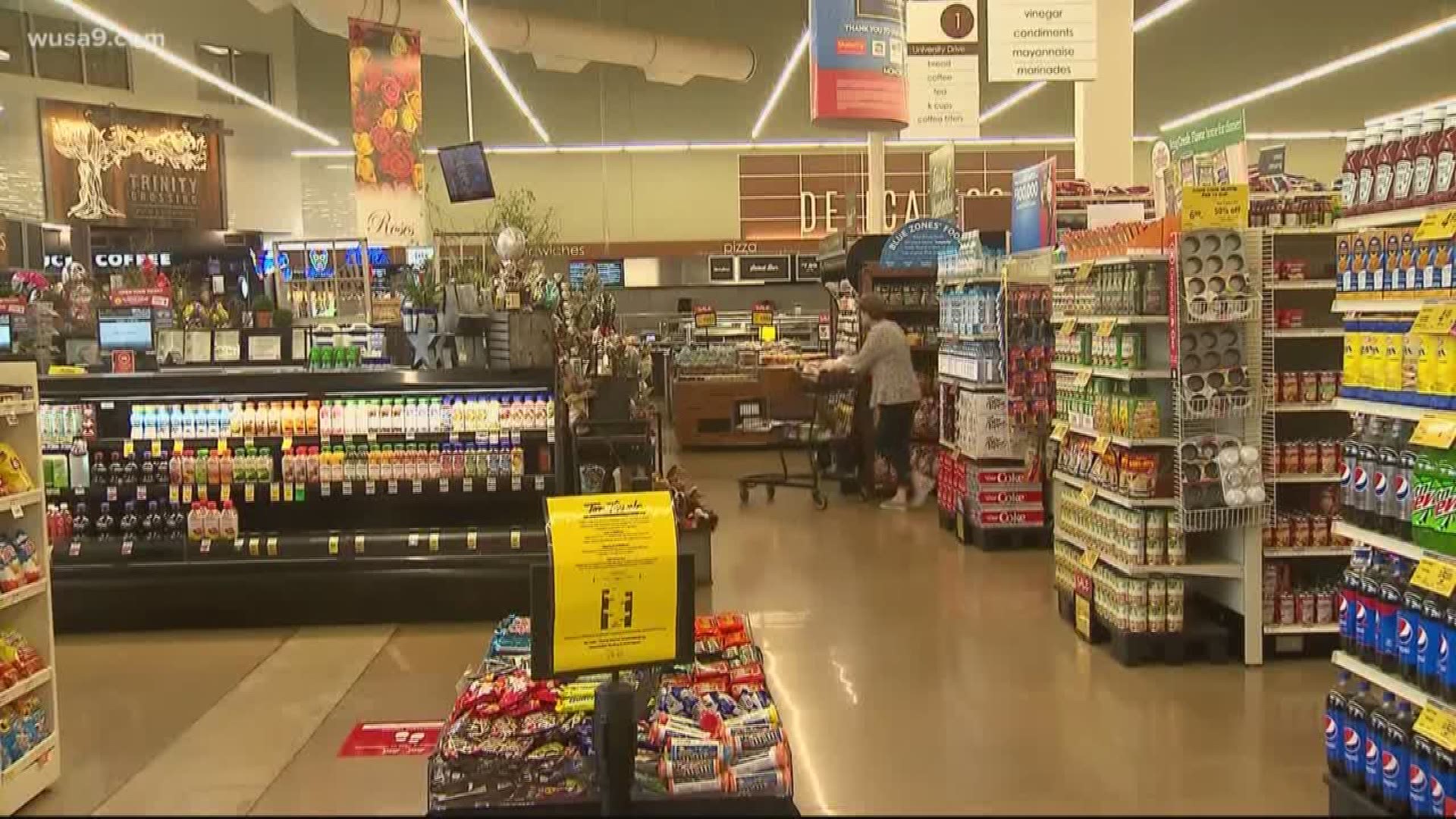 WASHINGTON — Following the announcement of at least three positive cases of coronavirus at local grocery stores, the United Food and Commercial Workers Local 400 union said on Thursday that it would call on Mayor Muriel Bowser to declare grocery store workers as "first responders."

The Trader Joe's in Arlington and Whole Foods in Foggy Bottom each reported that an employee tested positive for the virus earlier this week.

On Thursday, Giant Food said an associate at the Columbia Heights location tested positive for coronavirus as well. According to a spokesperson, the associate last worked on March 19. Three other employees from the store were also being quarantined.

In a statement, UFCW said it was becoming more urgent for grocery store workers to be offered enhanced protection and testing.

“The District’s grocery, retail, pharmacy and food processing workers are working tirelessly during this outbreak to ensure families get the food and supplies they need,” said UFCW Local 400 President Mark Federici. “We need these workers to stay healthy more than ever before and protecting them is essential to our communities and the food supply.”

Union member Dave Bracken, who has worked for Giant for the last 17 years, said grocery store workers were playing an important role by keeping the essential businesses going.

"We’re out there. We’re dealing with other workers and other customers," he said. "We should have access to testing, treatment and personal protective gear."

While Bracken said he and fellow workers were taking protective steps against the virus, he worried about the crowds of people coming into the store.

"I've been wearing a mask at work, gloves at work, and been washing my hands a lot at work," he said. "It’s definitely tough to maintain a social distance when everyone is shopping and a lot of people are shopping for the same item.”

Moving forward, he hoped fellow grocery store workers could stay safe during the spread of the virus.

"If people want to be able to come in at any time and shop and get what they need, we need to be there to get it on the shelves and get it into the store," he said.

RELATED: These states have issued stay-at-home orders, here's what that means