President Trump says he has no plans to fire Anthony Fauci

President Trump retweeted someone Sunday night who called for Anthony Fauci, the nation's top infectious disease expert, to be fired. 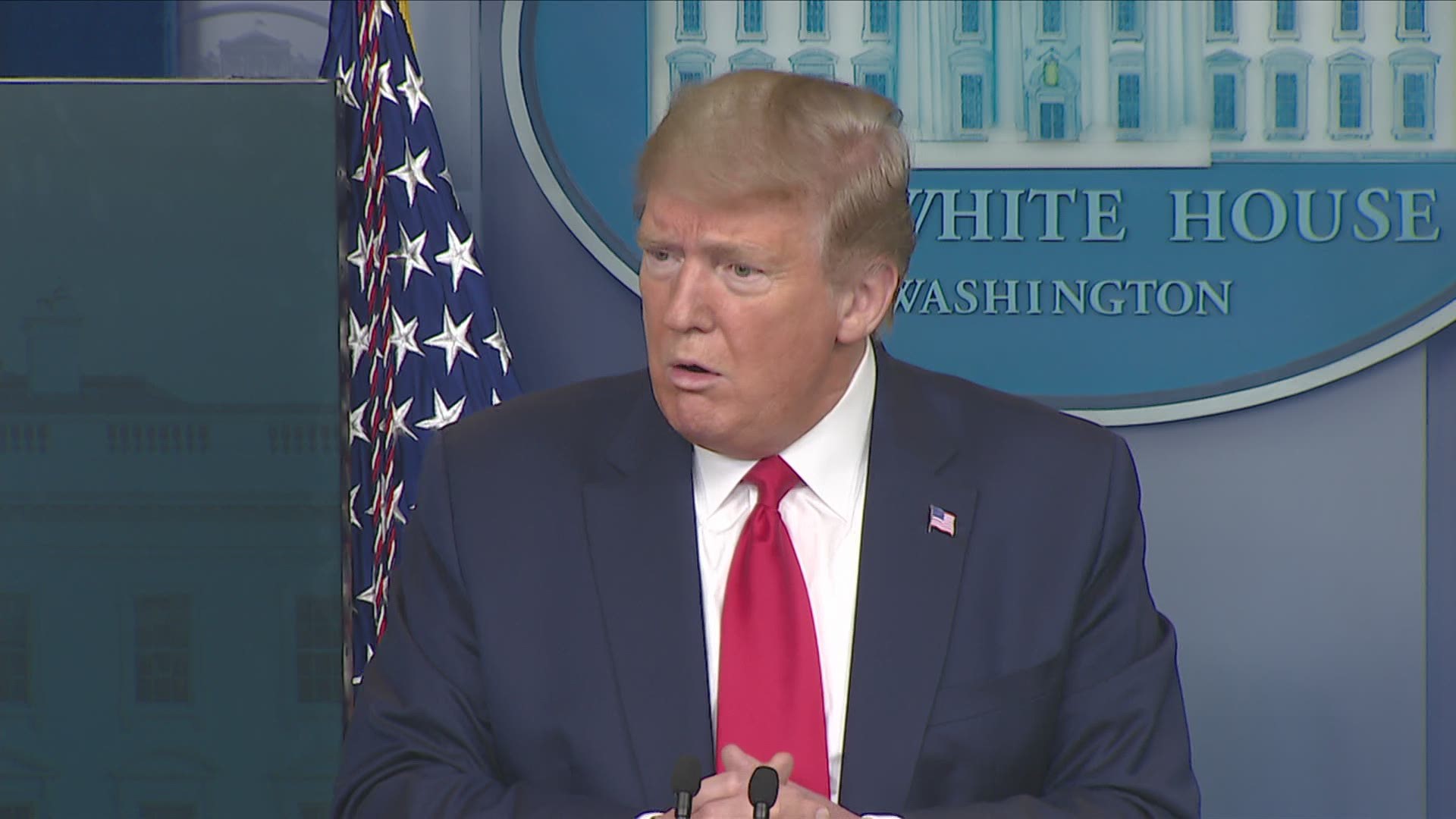 President Donald Trump retweeted someone who used the hashtag #FireFauci Sunday night, a reference to Dr. Anthony Fauci -- a White House adviser on coronavirus and the top infectious disease expert in the U.S. The tweet appeared to be about Fauci making a suggestion that earlier mitigation could have saved more lives in the U.S.

On Monday afternoon, President Trump downplayed the retweet and said he liked Fauci.

When asked by a reporter whether he noticed the hashtag #FireFauci, the president said he did. "I noticed it, I notice everything," Trump said.

But the president then stressed he has no plans to fire Fauci.

"Fauci is now saying that had Trump listened to the medical experts earlier he could've saved more lives," Lorraine wrote. "Fauci was telling people on February 29th that there was nothing to worry about and it posed no threat to the US public at large. Time to #FireFauci..."

When asked on CNN Sunday if earlier action on social distancing and “stay at home” policies could have saved lives, Fauci responded in part: “It’s very difficult to go back and say that. I mean, obviously, you could logically say that if you had a process that was ongoing and you started mitigation earlier, you could have saved lives. Obviously, no one is going to deny that. But what goes into those kinds of decisions is complicated. But you're right, I mean, obviously, if we had right from the very beginning shut everything down, it may have been a little bit different. But there was a lot of pushback about shutting things down back then."

Trump, who has been chafing at criticism that he didn't do enough early on to fight the virus, later retweeted Lorraine. The president again pointed to his decision in late January to restrict travel from China, writing, “Sorry Fake News, it’s all on tape. I banned China long before people spoke up.”

Trump did not mention Fauci.

Trump's travel order in late January was not a full ban, according to the Associated Press. He temporarily barred entry by foreign nationals who had traveled in China within the previous 14 days, with exceptions for the immediate family of U.S. citizens and permanent residents. Americans returning from China were allowed back for two more weeks. They were given enhanced screenings. But screenings can miss people who are carrying the virus but showing no symptoms.

The tweet was one of several that Trump posted on Sunday that defended his handling of the virus outbreak and blamed others for missteps.

RELATED: Fauci: 'rolling reentry' of US economy possible in May

Trump is eager to restart the economy, which has stalled because most Americans are under orders to “stay at home” to help slow the virus’ spread.

But governors will have a lot to say about when to ease restrictions in their states, and the leaders of Maryland and New Jersey indicated Sunday that they are not likely to do so until widespread testing is available.

Fauci said Sunday that the economy in parts of the country could have a “rolling reentry” as early as next month, provided health authorities can quickly identify and isolate people who will inevitably be infected.

Lorraine's reference to Feb. 29 may have been about Fauci's interview with NBC's TODAY show. He stated that, at the time, people did not need to change their habits. But he warned it might not stay that way.

"Right now the risk is still low, but this could change," Fauci told TODAY. "I've said that many times, even on this program. You gotta watch out because although the risk is low now, you don't need to change anything you're doing. When you start to see community spread, this could change and force you to become much more attentive to doing things that would protect you from spread."

Fauci also said at the time that it could either be a major outbreak or something that is reasonably well-controlled.