U.S. Top Doctor: 'We are asking Americans to lean in for the next 15 days'

In an update to media, U.S. Sugeon General Jerome Adams told reporters that the next two weeks would be "critical." 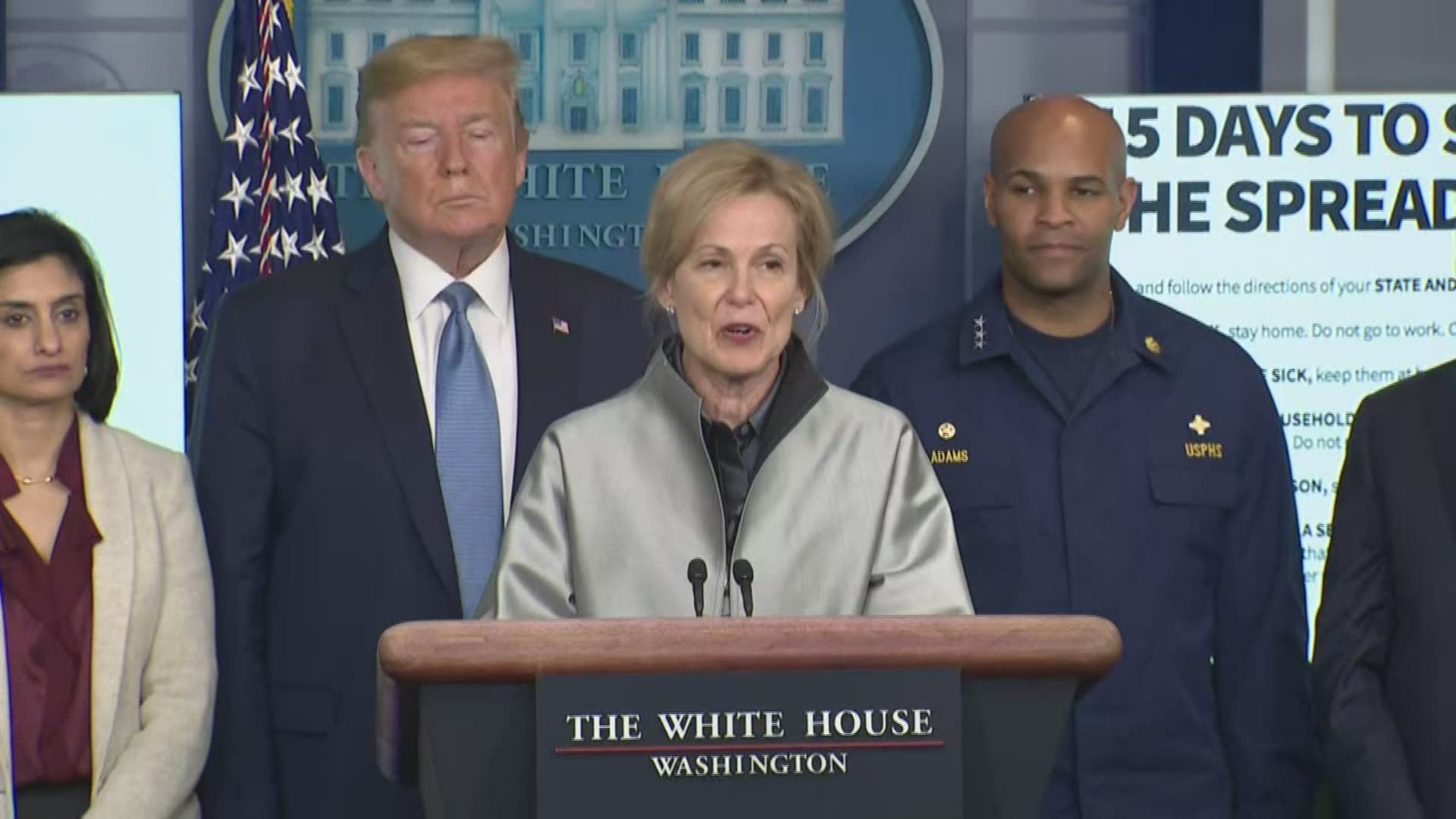 WASHINGTON — The U.S. Surgeon General, Jerome Adams, emphasized in a media phone call that the next 15 days would be critical in combating the coronavirus pandemic.

"We are in a crucial inflection point in this fight," he said. "And we feel like the next two weeks are critical in our response. And therefore we are asking Americans to lean in for the next 15 days to slow the spread."

Adams said that the number of sick people in the U.S. on Friday resembled the numbers in Italy from two weeks ago. For that reason, he said inaction would lead to dire circumstances. He said he was hopeful that Americans would take the threat seriously.

"It's going to be a tough several weeks ahead," he said. "And things will get worse before they get better. But if we work together, and support our neighbors and each other, I'm confident we'll get through this."

Critics have voiced concern with the slow dispersal of testing in the United States, which Adams admitted had a rough start.

"I will be the first to admit testing has not gone as we would have liked so far," he said. "But we are at a crucial turning point. And over the next week, we will see significantly greater testing at the hospital, state, and local levels."

Adams was vocal in his support for a bill moving through Congress that would offer free testing, paid sick leave, increased access to unemployment pay, and food assistance.

While the elderly and sick are the most vulnerable, Adams urged all people to take this seriously. Adams spoke directly to younger people, who might feel less inclined to practice social distancing:

"You don't want to be the one who gives it to your grand-pop, your nana, or that loved one who you are going to see over Easter," he said.

The White House came out with a series of recommendations, which Adams outlined on the phone call. They were as follows:

RELATED: Tired of waiting to get tested for COVID-19? These local doctors will come to your house

RELATED: DC restaurants and bars to close to help stop the spread of coronavirus