Next coronavirus stimulus may have $40,000 income cap 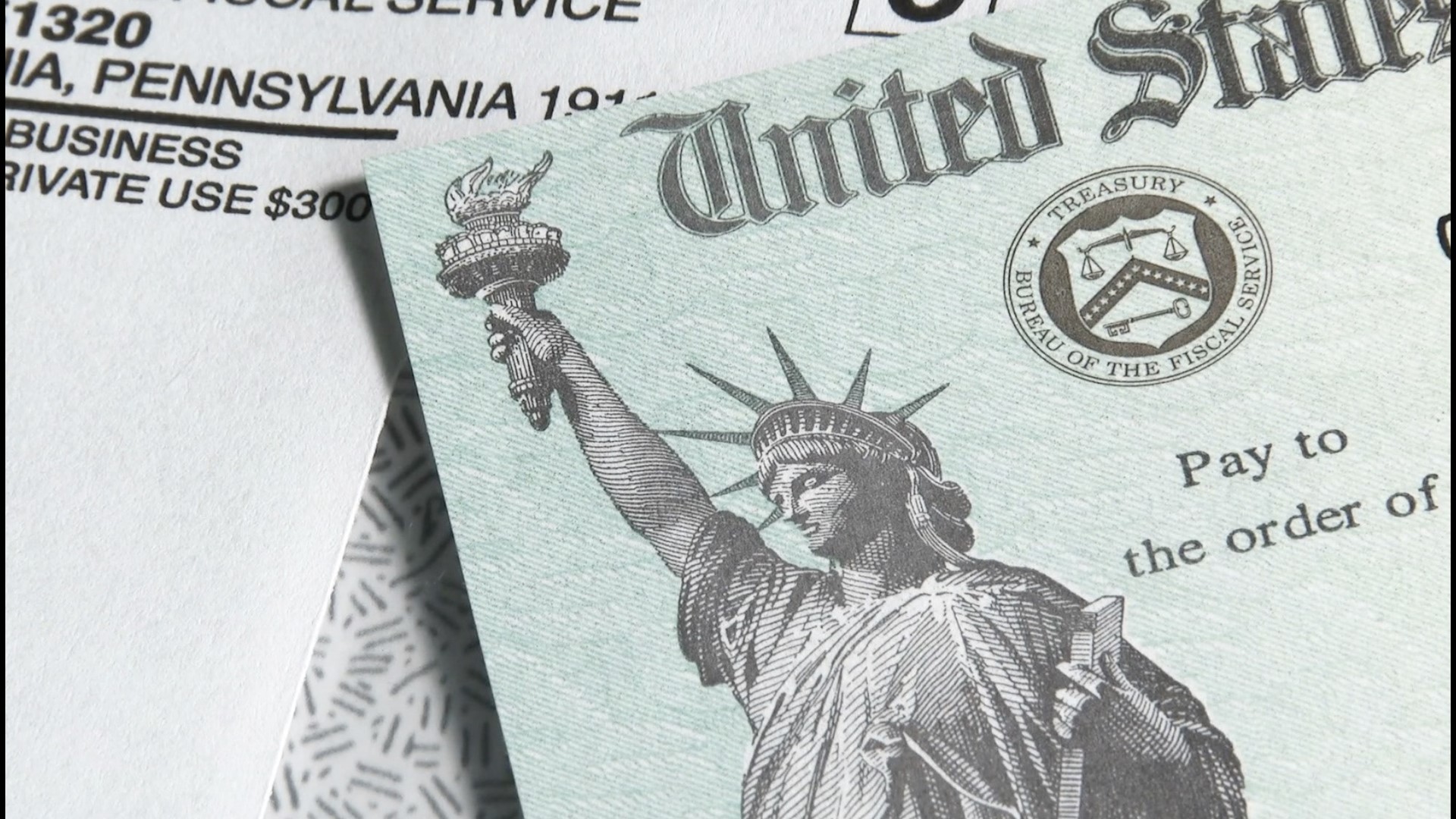 WASHINGTON — An eviction moratorium is lifting. Extra unemployment benefits are ending. Parents are being called to work, but schools are struggling to reopen for fall as the COVID-19 crisis shows no signs of easing.

With Congress bracing for the next coronavirus aid package, Senate Majority Leader Mitch McConnell is outlining Republican priorities as earlier programs designed to ease Americans through the pandemic and economic fallout begin to expire. He is eyeing $1 trillion in new aid.

“This is not over,” McConnell said during a visit to a food pantry Monday in Louisville, Kentucky.

The GOP leader's next virus aid package is centered on liability protections, a top priority for Republicans seeking to shield doctors, schools, businesses and others from coronavirus-related lawsuits brought by patrons claiming injuries during reopenings.

RELATED: Bill would give Americans $4,000 tax credit to take a vacation

McConnell is also considering a fresh round of direct payments targeted at those earning $40,000 a year or less. He wants the liability shield to run for five years, retroactive to December 2019.

“Liability reform, kids in school, jobs and health care," he said. "That’s where the focus, it seems to me, ought to be.”

Credit: AP
Senate Majority Leader Mitch McConnell of Ky., wears a face mask to protect against the spread of the new coronavirus as he walks to the Senate chamber after meeting with Vice President Mike Pence and Treasury Secretary Steve Mnuchin on Capitol Hill in Washington, Tuesday, May 19, 2020. (AP Photo/Patrick Semansky)

Democrats have proposed a far more ambitious aid approach in the $3 trillion House-passed coronavirus rescue package, setting the outlines of a robust debate over how best to help Americans as COVID-19 cases surge in hot spots nationwide, threatening public health and economic livelihoods.

Congress is away for a two-week recess, but the contours of the debate are taking shape before lawmakers resume session July 20. Deadlines for many programs expire by the end of the month.

Senate Democratic leader Chuck Schumer said in a statement Tuesday that McConnell “has created needless uncertainty and pain for millions of families who are still reeling from the public health and economic crises.”

Schumer said, "Senator McConnell ought to be working across the aisle to prevent mass evictions, a new hunger crisis, and the layoff of more essential state and local government employees — all things that will happen if Republicans continue to delay action or act stingily.”

The earlier rounds of aid, including the sweeping $2 trillion coronavirus aid package approved in March, were the biggest in U.S. history. And while aid was approved almost unanimously, it is now dividing the parties. Many Republicans view the outlay as excessive, and they want to avoid another round of big-ticket spending. Democrats argue that more aid is needed, and their bill includes new worker health and safety protocols to ensure a safe reopening.

While the two sides share many common goals in boosting public health research toward treatments and a vaccine, the difference in the economic aid to Americans is stark.

For example, Republicans mostly oppose the $600 weekly boost to unemployment benefits, arguing it's a disincentive to work because some employees earn more by staying home than they would on the job. Democrats say it's a lifeline for struggling Americans trying to make ends meet.

Democrats also provide more money in their bill to prevent evictions: $100 billion in rental assistance and $75 billion for homeowners paying mortgages. The $2 trillion coronavirus aid package's 120-day federal eviction moratorium on certain rentals expires at the end of July. The Democrats' bill would extend it through March 2021.

Democrats are wary of the liability protections being proposed by Republicans. Instead, their bill includes other priorities, such as funding to shore up the struggling U.S. Postal Service, which they see as another lifeline for Americans, and to provide $50 monthly stipends toward broadband services for households with laid-off or furloughed workers to stay connected online.

Sen. Ron Wyden of Oregon, the top Democrat on the Finance Committee, said McConnell's idea for another round of direct $1,200 payments is no substitute for extending the enhanced unemployment benefits.

“The next coronavirus relief package must extend supercharged unemployment benefits," Wyden said in a statement.

He said the jobless aid has “kept the economy afloat and allowed millions of families to pay the rent and buy groceries.”

One area of common ground that has emerged in recent weeks is that both parties believe in the importance of wearing masks in public to help limit the virus spread as more shops and businesses reopen and Americans leave their homes.

Rep. Bennie Thompson, D-Miss., the chairman of the Homeland Security Committee, and other Democrats have pushed the Transportation Security Administration to require masks for all people going through airport security checkpoints.

McConnell told people in Kentucky that wearing masks is the single-most important thing they can do when around others.

“It ain't confusing,” McConnell said Monday at a hospital in Bradford. “Put on a mask.”