Single mom makes sure other moms have groceries during pandemic 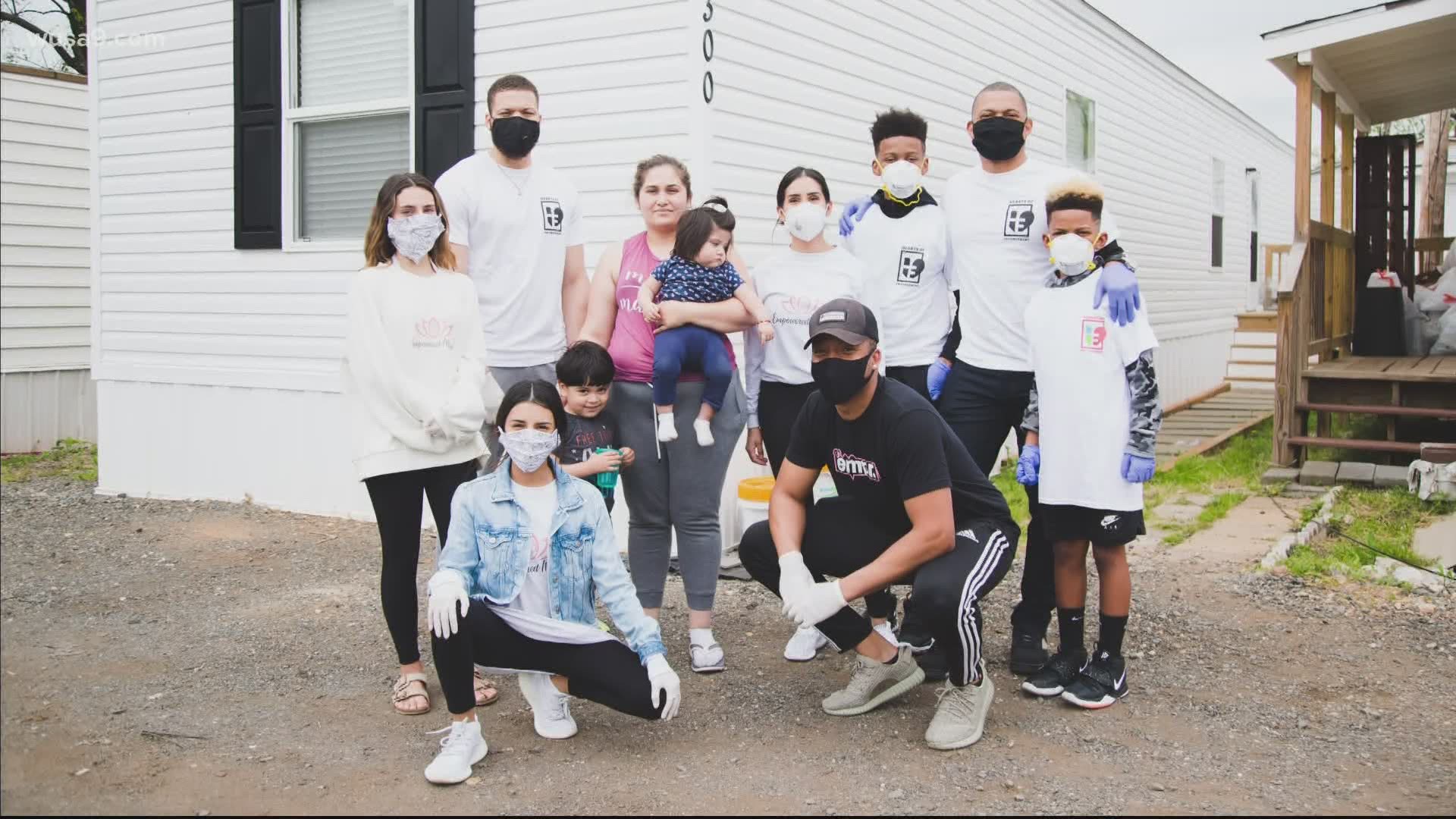 LOUDOUN COUNTY, Va. — When the coronavirus pandemic left some single moms without a job and means to afford groceries, a local group -- started by a single mom -- stepped in to help.

Amy Montoya founded Empowered Mums last year, hoping to use her story to inspire and help other young and single mothers.

"Myself being a mother at 16, and then also being a single mom, a lot of different obstacles came with that," Montoya said. "So, I want to be able to utilize my journey as someone else’s survival guide."

When the pandemic hit, she realized too many single moms would be left without a way to even buy food, so she sprang into action.

Montoya partnered with the nonprofit Hearts of Empowerment to start the campaign For Mums We Stand. The goal is to deliver groceries to single moms in the DMV every week during the pandemic.

Montoya has been making grocery runs with her now 13-year-old daughter since March, but the campaign officially launched on Mother's Day.

RELATED: Pandemic proves extra difficult for those with developmental disabilities

"Mothers are the backbones of our lives, of our communities," Montoya said. "They shouldn’t have to go without food, and it’s so worrisome to not be able to provide food for your children under circumstances that you can’t control. So being able to deliver this relief means everything to us."

She said some of those in the immigrant community have been the hardest hit. Montoya said a lot of them aren't receiving aid from the government after being laid off.

Single mom Jemmy Dominguez lost her restaurant job when the pandemic hit, and has been struggling to figure out how she would feed her two boys.

Montoya said mothers like Dominguez can apply for help from them online every week starting at 8 a.m. on Sunday and ending at 8 p.m. on Wednesday. Then, they select three moms to receive deliveries each week.

Dominguez was one of the lucky recipients on Mother's Day.

"This means such a huge blessing, first from God and from you who are helping us," the mother of two said.

For Montoya, it's all about giving these mothers some peace of mind and letting them know they're not alone.

"Super emotional," she said. "There’s times that you can just tell when you’re delivering these groceries that you changed their lives."

Montoya said they spend $125 per family and are currently delivering to three families a week. With that budget, she said they can feed this number of families until the end of July.

But, they would love to help more moms. If you'd like to donate, you can do so through this link.

RELATED: 'A miracle': Baby delivered while mom positive with COVID-19 was intubated