Critics are claiming the Hogan administration kept quiet about expensive shortcomings in COVID-19 tests the state imported from South Korea early in the pandemic. 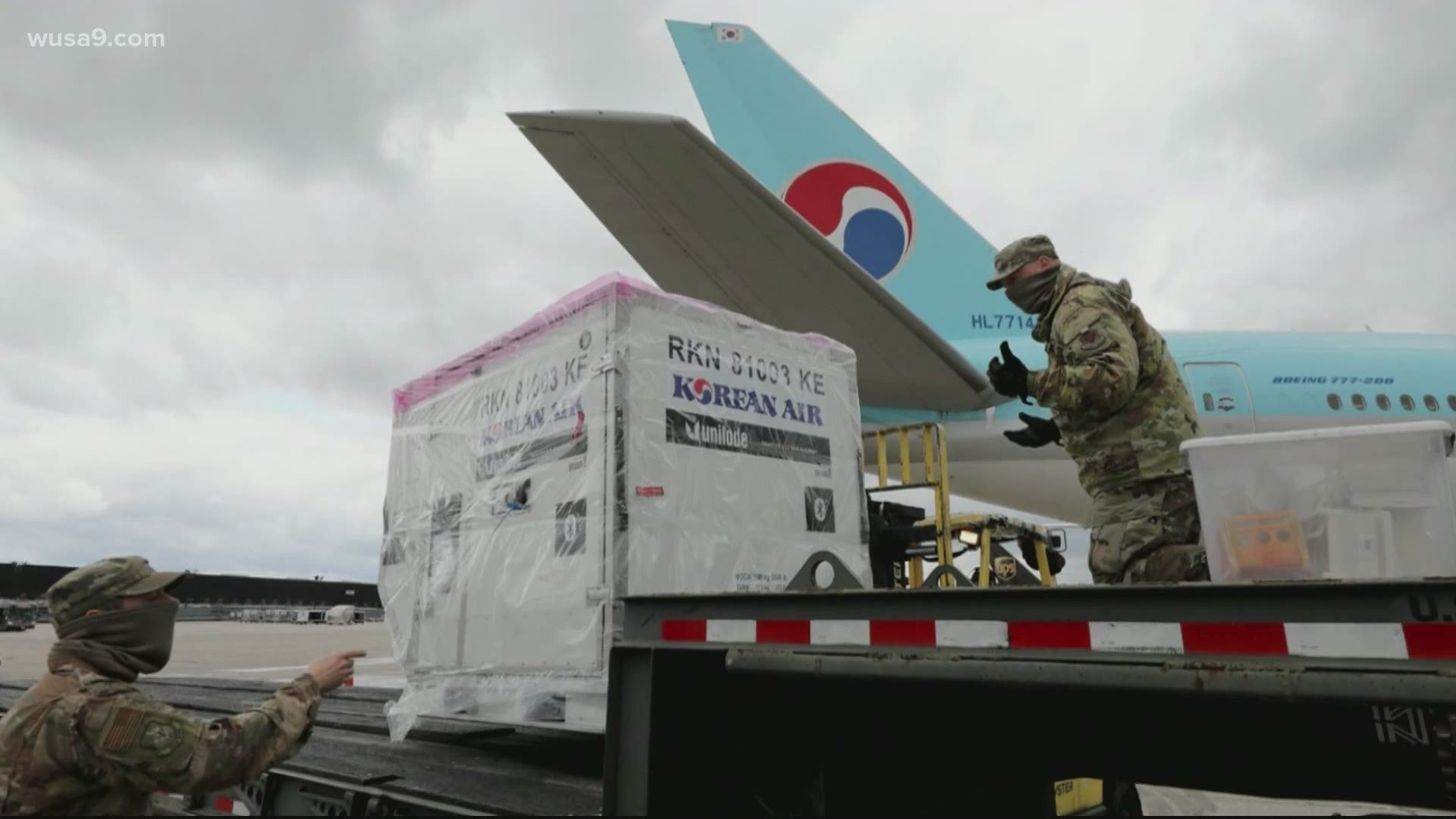 ANNAPOLIS, Md. — Maryland Gov. Larry Hogan is being accused of having kept quiet about expensive shortcomings in tests his administration imported from South Korea early on in the pandemic to help the state respond to the crisis.

Howard County Sen. Clarence Lam, who is the only doctor serving in the Maryland Senate, called the situation "shameful."

“I think you're getting close to a cover-up," Lam said. "They intentionally misled the legislature and the public on the status of these tests."

Hogan, however, denies that there are any problems with the tests.

"The story was false," Hogan said during an appearance on MSNBC Friday.

The criticism comes in the wake of reporting by the Washington Post about problems with tests and complaints from lawmakers that state officials refused to answer questions.

The half-million tests in question were purchased by Maryland from South Korea in May and delivered in special flights to BWI  at a cost of $9 million to Maryland taxpayers during a time when there was a critical testing shortage in the U.S.

Hogan's wife, Yumi, was credited with opening negotiations with South Korean authorities to clear the way for the import.

But the Post reported that both the tests and processing equipment the state paid at least $2.5 million for were flawed.

Hogan told MSNBC the original tests were "swapped out" after changes by the U.S. Food and Drug Administration.

"The FDA changed the authorization on the test," Hogan said. "There was an emergency use authorization. At the time we acquired those tests, we were the only state in America to have them. We did then switch out to a faster, upgraded test that met the new FDA standards.”

In September, false positives from the Korean tests were at the root of a false alarm about a nursing home outbreak, according to a recent federal audit. The report determined there were problems in processing the tests at a University of Maryland lab, but that the tests themselves are reliable.

Most processing has been moved to a private lab that just secured a $43 million contract to process state COVID-19 tests from Maryland's Board of Public Works.

On Friday, Hogan announced that 375,000 of the half-million Korean tests have been used and that the remaining 125,000 will be given at the state's community-based testing sites and in nursing homes before the end of the year.

Dr. Lam credits Hogan with good intentions for originally bringing the tests to Maryland when the situation was dire, but remains concerned about how his administration reacted to problems.

“I don’t think there's been a full accounting of what was wrong with these tests," Lam said. "They have not been forthcoming and they have been stonewalling through all these efforts”

Lam said the controversy should not under any circumstances prevent Marylanders from getting tested at a state site.

Hogan announced Friday the state has given at least 4 million tests. 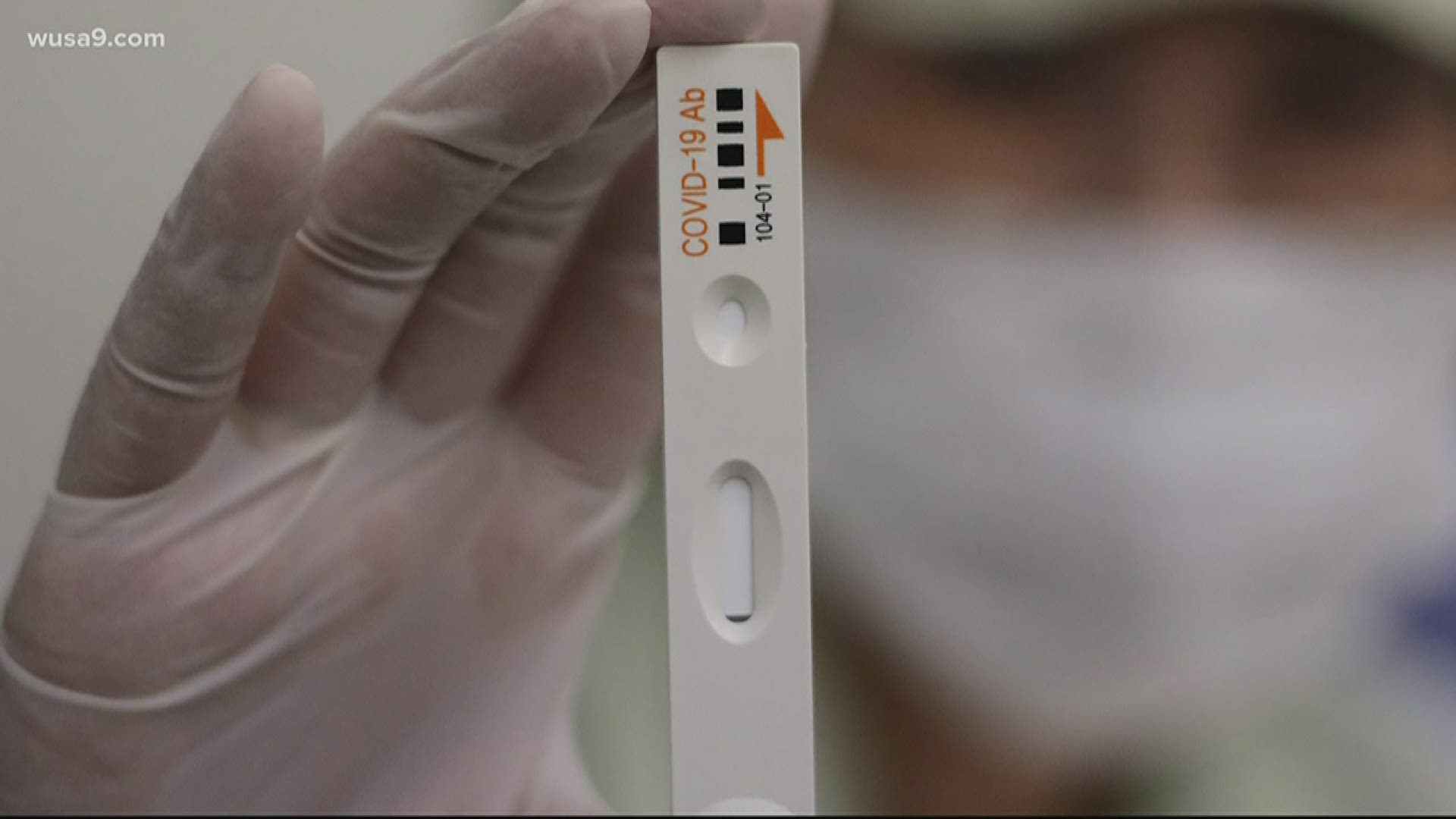