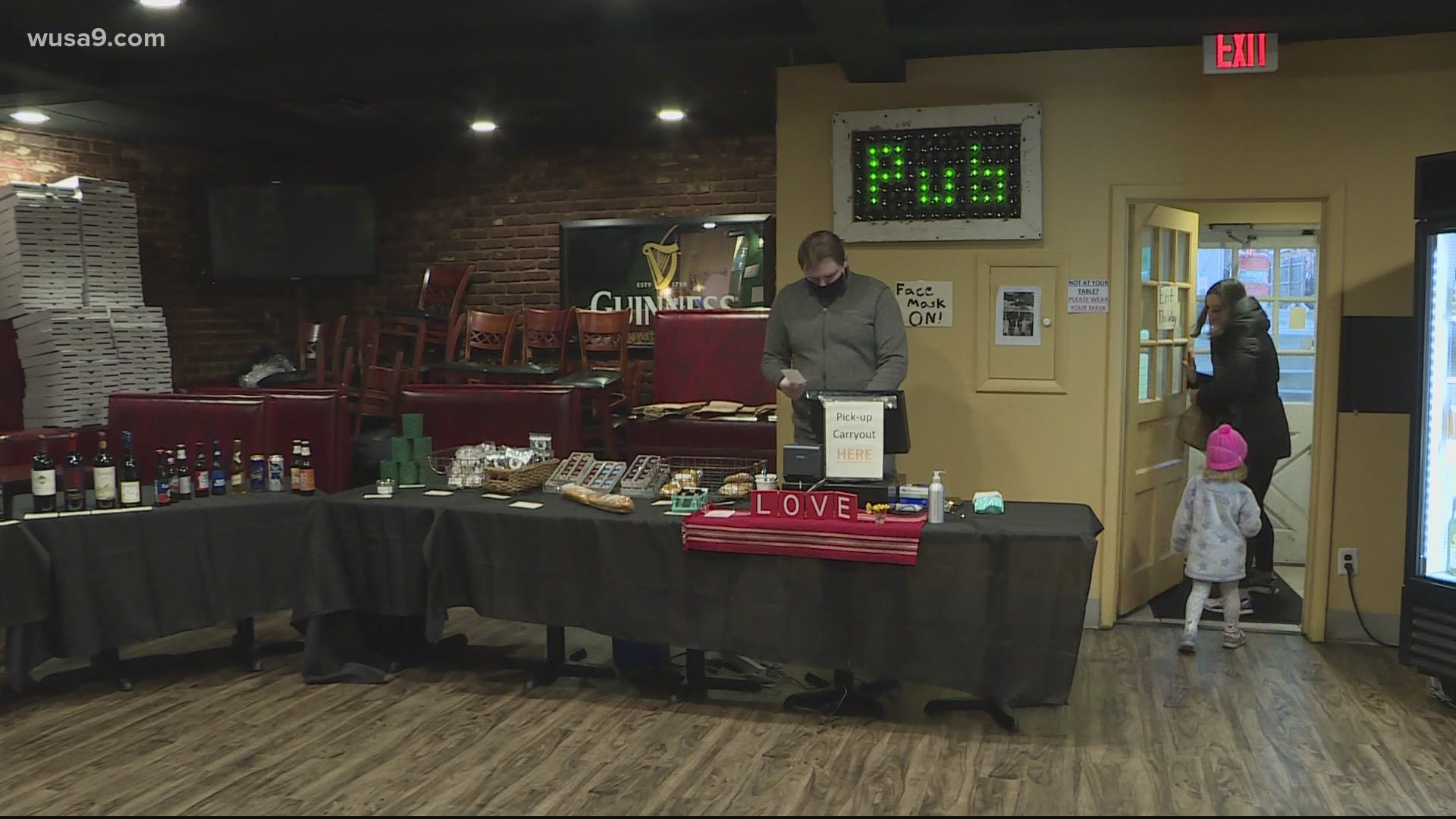 SILVER SPRING, Md. — It’s been more than a month since Montgomery and Prince George’s counties instituted bans on indoor dining.

The 4 Corners Pub General Manager Spencer Smith said they’ve worked to make sure staff and customers stay safe during the pandemic. But by not allowing diners to sit inside, he said it's taking a financial toll.

“It has hurt us financially a lot, but with what is going on we understand. We get it, but from a financial standpoint it has been very hard, and we've had to think of different things to make money and to keep this business going,” Smith said.

Smith said they’ve been working to ensure they don’t have to let go of any staff members during this time, adding they’ve gotten creative in their ways to make money.

“It’s basically just trying to hustle,” Smith said. “And it's just been challenging because our business was based off of people dining in, people hanging out drinking, and then when people will say well do carry out and do outdoor dining, it’s just not the same thing. It's not the same thing because that is not how our business is based, but we've been able to shapeshift, and survive.”

“No one is trying to put people out of business,” Montgomery County Health Officer Dr. Travis Gayles said in December. "But we do have to adhere to policy and practices to keep our representatives safe.”

Gayles said the county is relying on data from Johns Hopkins that says stricter measures on indoor dining will decrease hospitalizations by 20% to 30%. According to the health officer, ICU and acute care beds were filling up fast throughout the state.

“It’s not that people don't want to come out and socialize, it’s just scary too,” Edwards said. “And then you know with the anti-COVID steps and precautions even if I had a large amount of customers, I wouldn't be able to seat all of them.”

Edwards said of the District lifting its ban on indoor dining that some of the servers might be a little jealous of the profits that could be made less than a mile and a state line away.

“It may be a little bit unfair to them, sometimes they may wish to seek employment in D.C because it's just better money-making opportunities as a server or bartender there because of the way they're handling COVID.”

RELATED: Indoor dining in DC reopens at 25% capacity on Friday

The lifting of the District's indoor dining ban comes as the city prepares for Metropolitan Washington Restaurant Week -- which takes place starting Jan. 25. The original date of D.C.'s winter restaurant week was rescheduled after the extension of the indoor dining ban. 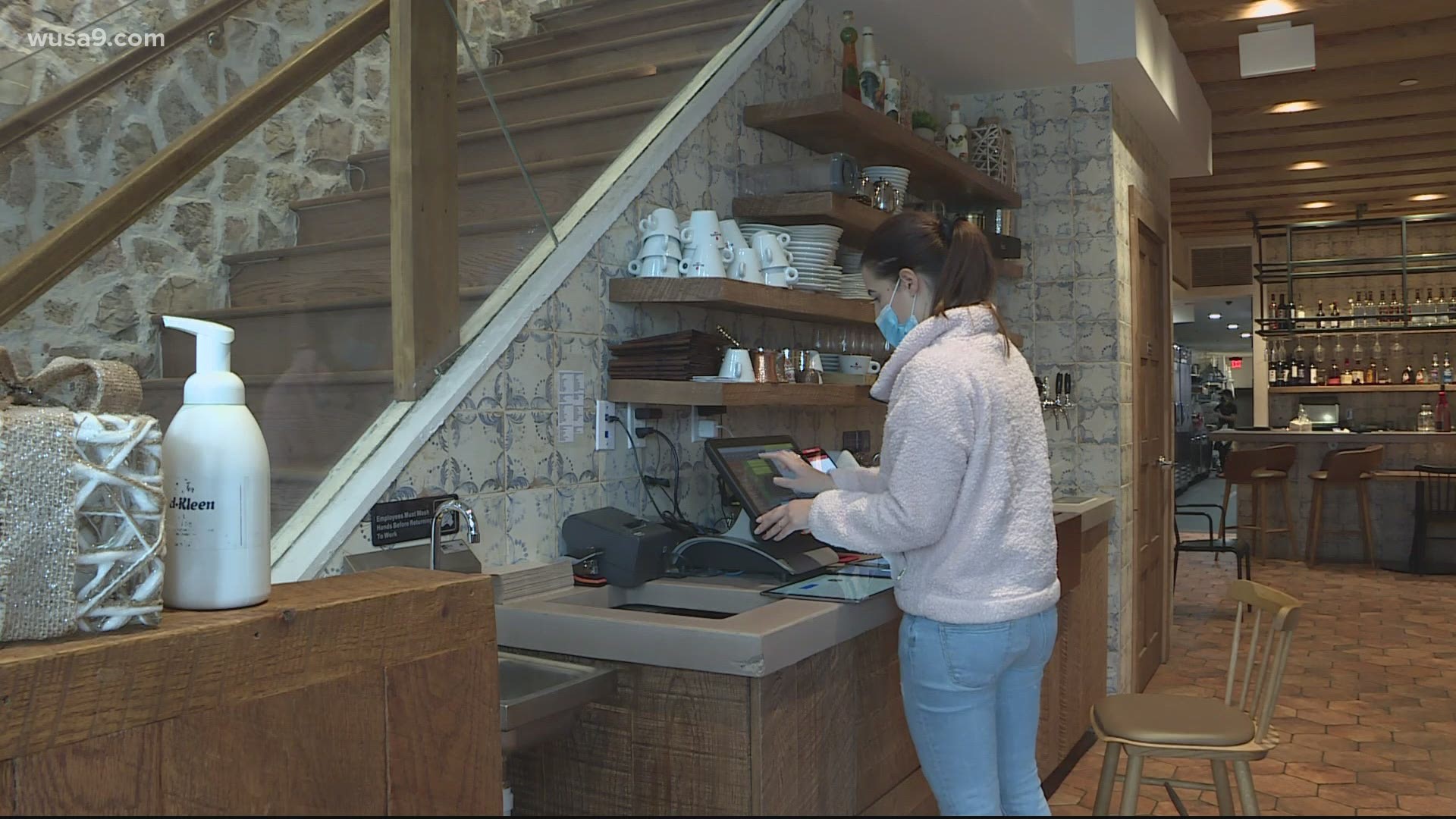