Pope celebrates joy of Easter amid sorrow of coronavirus outbreak

Like pastors around the world, Francis was to instead celebrate Easter Mass inside the largely empty basilica, while the faithful watched on TV at home. 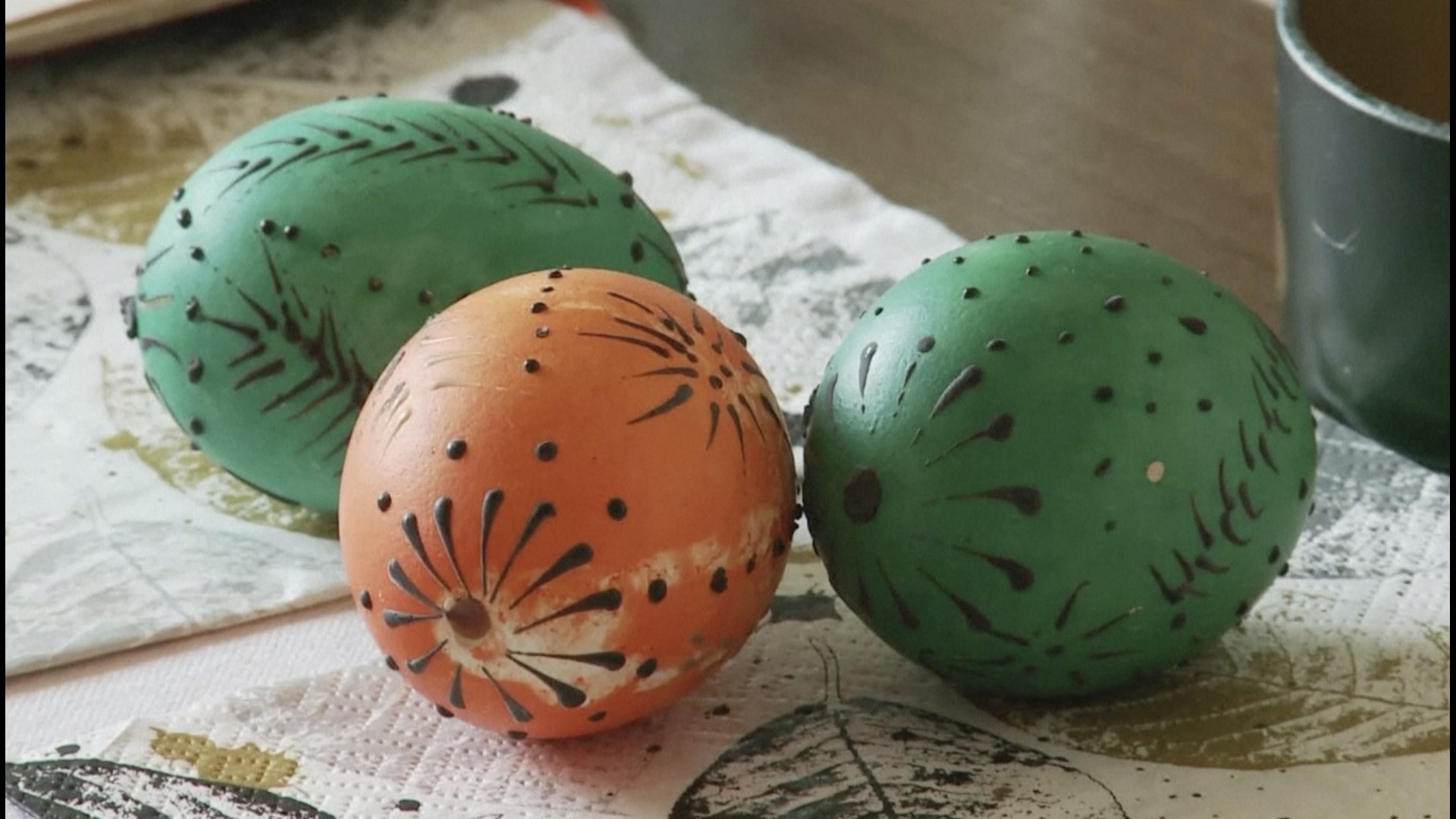 ROME, Italy — Pope Francis and Catholics around the world marked a solitary Easter Sunday, forced to celebrate the most joyful day in the Christian calendar amid the sorrowful reminders of the devastation wrought by the coronavirus pandemic.

Normally, St. Peter’s Square would be awash in fresh flowers on Easter Sunday, with tulips and orchids decorating the piazza’s promenade in a riot of color to underscore Easter’s message of life and rebirth following Christ’s crucifixion.

This year, however, the cobblestoned piazza was bare. Police barricades ringed the square, blocking the tens of thousands who would normally flock to hear the pope deliver his noontime “Urbi et Orbi” speech and blessing “to the city and the world.”

Francis instead celebrated Mass inside the basilica, decorated with only a few potted palms and white hydrangeas. Rather than appearing on the basilica loggia to impart his blessing, Francis was to speak in front of the tomb of St. Peter, underscoring the solitude confronting all of humanity amid lockdown orders and quarantines to prevent further contagion.

Credit: AP
Italian police cars patrol an empty St.Peter's Square with the Basilica in the background during Pope Francis' angelus prayer from his studio overlooking an empty square due to restrictions to contain the Covid-19 virus, at the Vatican, Sunday, March 29, 2020. Pope Francis is backing the U.N. chief's call for a cease-fire in all conflicts raging across the globe to help slow the spread of the coronavirus. The new coronavirus causes mild or moderate symptoms for most people, but for some, especially older adults and people with existing health problems, it can cause more severe illness or death. (AP Photo/Andrew Medichini)

It was a scene being repeated around the world, with the faithful either staying home or practicing social distancing in those churches where public Masses were still being celebrated.

A small number of masked faithful attended service at Seoul’s Yoido Full Gospel Church, one of the biggest churches in South Korea. They were seated notably apart from each other, and choir members sang hymns from behind masks.

At Jerusalem’s Church of the Holy Sepulchre, where many Christians believe Jesus was crucified and entombed, Archbishop Pierbattista Pizzaballa urged the faithful to not be discouraged.

“Despite the sign of death and fear that we are seeing everywhere all over the world, we have to look at the good all those that are giving their lives for the others,” he said.

Only a handful of clergy were on hand for the Mass, and the streets of the Old City surrounding the church were empty of pilgrims and vendors.

“The message of Easter is that life, despite all, will prevail,” said Pizzaballa, the top Roman Catholic cleric in the Holy Land.

The Church of England shuttered its churches, prompting the Anglican archbishop of Canterbury, Justin Welby, to celebrate Easter Sunday service from his kitchen in London. The spiritual leader of 85 million Anglicans worldwide, Welby delivered his sermon in full robes behind a makeshift altar on his dining room table.

“Welcome to the kitchen of our home on Easter Day,” he said. “Once this epidemic is conquered here and elsewhere, we cannot be content to go back to what was before as if all was normal.”

In New Zealand, Catholic bishops wrote a special pastoral letter to worshipers stuck at home, acknowledging the stresses and uncertainties of this Easter like no other but urging the faithful to take comfort in time with family.

“This time has proved to be a reflective time enabling us to refocus or revision ourselves and how we live,” the letter said.

In Lebanon, home to the largest percentage of Christians in the Arab world, Cardinal Bechara Rai urged the faithful to abide by lockdown measures, which have been imposed as Lebanon endures its worst economic and financial crisis in decades.

“We are praying so that Lebanese officials work together in the spirit of collaboration to revive Lebanon economically, financially and socially,” Rai said in an almost empty church in Bkerki, northeast of Beirut, the seat of the Maronite Church he heads.

The church would normally be packed with people marking Easter, including the president, prime minister and parliament speaker.

For Orthodox Christians, this Sunday marked the start of Holy Week, with Palm Sunday services held in similarly barren churches.

Pope Tawadros II, the spiritual leader of Egypt's Coptic Orthodox Christians, celebrated in a largely empty Monastery of Saint Pishoy, in a desert valley west of the capital of Cairo. The church made the prayers available on its official Facebook page.

The Coptic Orthodox Church, one the world’s oldest Christian communities, had decided earlier this month to suspend Easter prayers and celebrations at churches and monasteries to contain the spread of the virus.

RELATED: Keeping connected with the faithful during Holy Week