Restaurants and gyms will be able to invite people inside for the first time in months, but owners say it takes a lot of preparation. Not everyone feels ready. 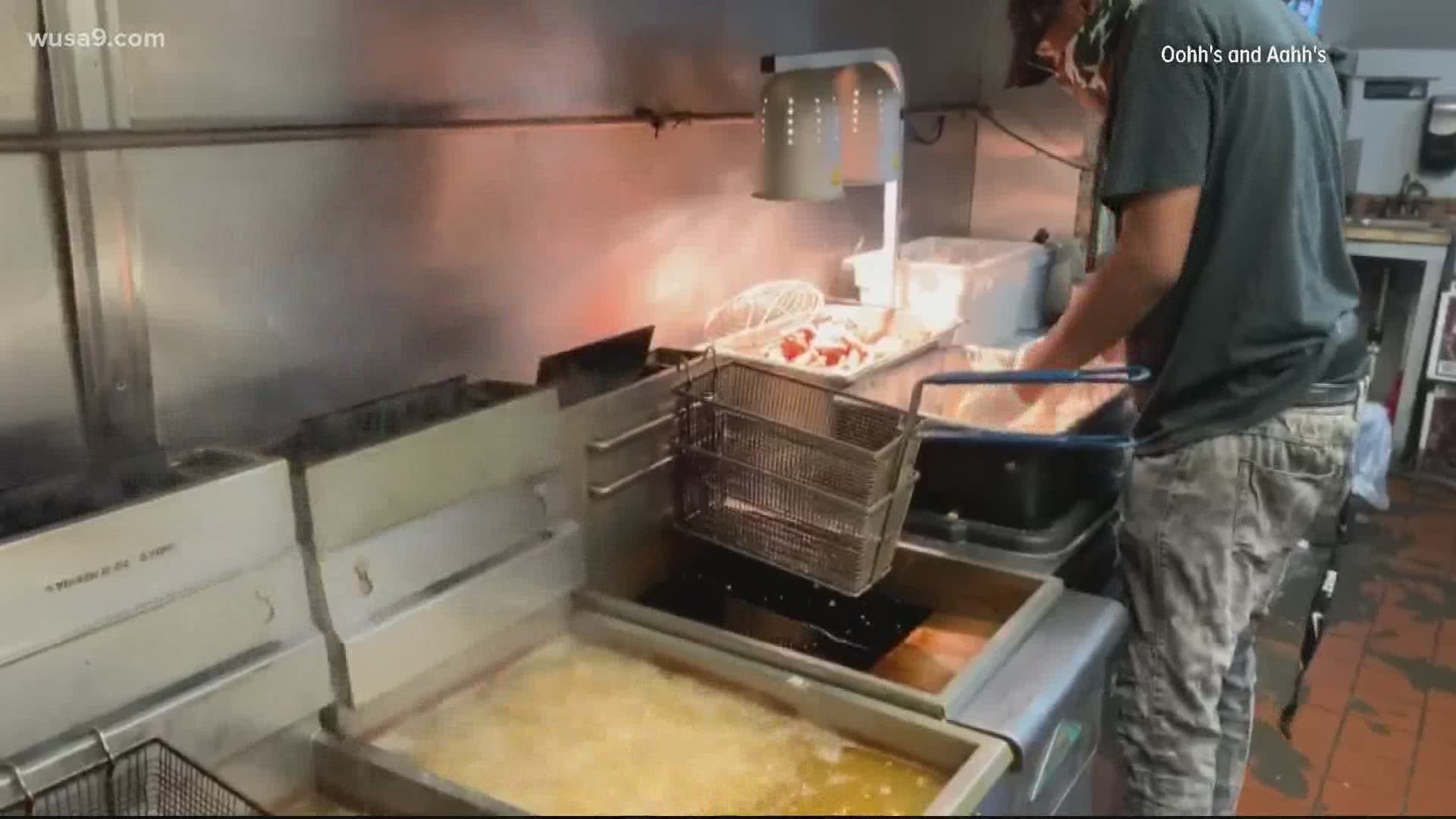 WASHINGTON — D.C. Mayor Muriel Bowser has delayed phase two of reopening until at least Monday, but business owners are getting ready.

Part of the phase two guidelines allow for restaurants to serve customers inside again and for gyms to reopen at limited capacity.

Owner of the gym Fit360 DC and native Washingtonian, Brian McGee, said he has been working toward this moment for weeks -- and is ready to reopen.

“We were just basically waiting very patiently, or rather somewhat impatiently, for our turn, but knowing it’s coming up soon," McGee said. "And we wanted to make sure that we were ready when it did come."

For the past few weeks, he has been hosting outdoor fitness classes, but he said members are itching to train with the equipment and setting they're used to.

To prepare for when Mayor Bowser gives the green light, McGee has taken multiple extra safety precautions to protect patrons and staff.

“We have set up everything from touchless check-ins, making sure that people have the ability to check-in independently, as well as setting up air purification systems in the gym," McGee said. "We’ve also upgraded our air filters attached to our HVAC system. We've set up various cleaning stations, various sanitation stations in the gym to make sure everyone has easy access to cleaning material, as well as high commercial grade disinfectant and hand sanitizer, making sure we’re completely stocked on that, so we’ve done many measures to make sure everybody is safe once they’re here.”

He said the adjustments the pandemic has forced him to make could last indefinitely.

“There’s a lot of things that are going to change in many ways that will make us better, and other ways that will force us to rethink what we do," he said.

While McGee feels prepared to open his doors, Chef Oji Abbott, who owns the soul food restaurant Oohh's and Aahh's and is also a native Washingtonian, said he needs a little more time.

“It’s a lot of moving parts to make it all go," Chef Abbott said. "The waitress or waiter is going to have a mask on, gloves on…what types of plates we’re going to serve on…we want to try to do disposable.”

He said they hope to begin serving customers inside again at their Georgia Avenue location in the next two weeks, but they have more details to iron out first.

Abbott said there has been a silver lining in recent weeks.

“With the support of the Black Lives Matter movement and people wanting to support Black businesses right now, we’re really seeing a boom in the business, so we’re really thankful," Abbott said.

He said for their part, his team is working to keep protesters well-fed. He said he's working on something special for them in the future.

In the meantime, both Abbott and McGee said they'll adjust to the new normal as it unfolds.