Over 1,200 Nats Park concession workers call on team to help while they're out of work

While the team said they would be donating $1M to stadium workers, many concession workers do not qualify for relief. Now, they are asking for help. 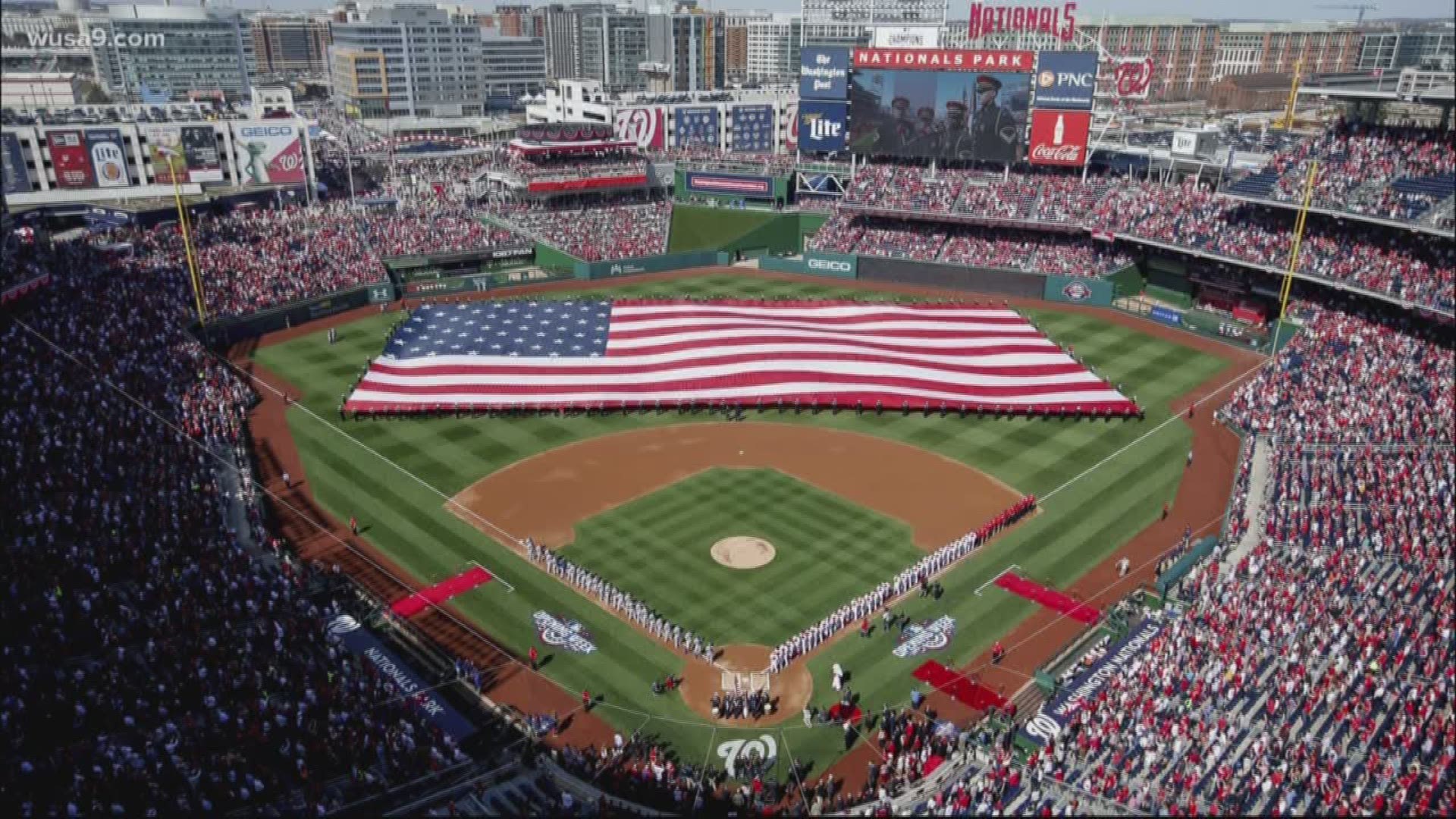 WASHINGTON — Under normal circumstances, Nats Park should be packed for the team's home opener, a day where fans would be crowding the stadium with red and white and buying a hot dog and beer.

Instead of passing out popcorn and scooping 7th inning ice cream, roughly 1,200 concession workers are without a job as the coronavirus pandemic continues to delay the start of Major League Baseball's season.

Those concession workers are not covered under the $1 million relief fund announced by the MLB.

Mike Cobb has worked at Nats Park since it opened in 2008, contracted with Levy Restaurants. He now worries how he will pay his bills without baseball.

"Right now we are still in limbo, we can't pay our bills and this is a team who won the championship, so a lot of folks looking for them to step up" Cobb said."We are Levy employees and we are the only contractor in the building, and we get none of that money."

UNITE Here Local 23 is a labor union representing some of those sub-contracted workers like Cobb.

Marlene Cooper is President of UNITE HERE Local 23. On Thursday, she and others from the union held a virtual meeting and called on the league and the Nationals to commit to pay its subcontracted food service workers for the first 40 home games they are likely to miss.

"We're concerned that our members, who our loyal stadium worker, Mike, who was one of the day one employees when the stadium opened back in 2008, they are going to be left without work and facing poverty."

Credit: Kyley Schultz
The Nats lead the NLCS series against the Cardinals, 3-0, putting them one win away from the World Series.

"There are thousands more working for subcontractors who stand to get nothing unless the MLB and the Nationals take action," UNITE Here said in a statement. "The cost of paying out-of-work concessions workers pales in comparison to the $39.5 million average profit teams made in 2019, and the average value of an MLB franchise which was up to $1.78 billion last year."

The Nationals responded by saying they would forward the request to Levy, but the union has heard nothing further. So far, no action has been taken by the Nats or Levy.

As for what Cobb hopes the Nationals does, he's asking for the team to remember the work they did last year and do anything they can.

"We just hope that, like we did throughout the year and helping you guys to win the championship, that we would hope that you would help us out a little bit during this tough time."

WUSA9 reached out to the Nationals for a comment, but have not heard back.

As for Mike Cobb, he has filed for unemployment and says just he hopes some form of income will come soon.

RELATED: RELIVE THE GAME: The Nationals win the 2019 World Series

RELATED: Capital One Arena contractors speak about being out of work, not making money during coronavirus pandemic