'Your license will be on the line' | As VA cases go up, Northam threatens consequences for businesses flouting mask rules

Virginia Gov. Ralph Northam said Tuesday that the state would be adding 100 new health inspectors to the existing 500 and conducting unannounced visits. 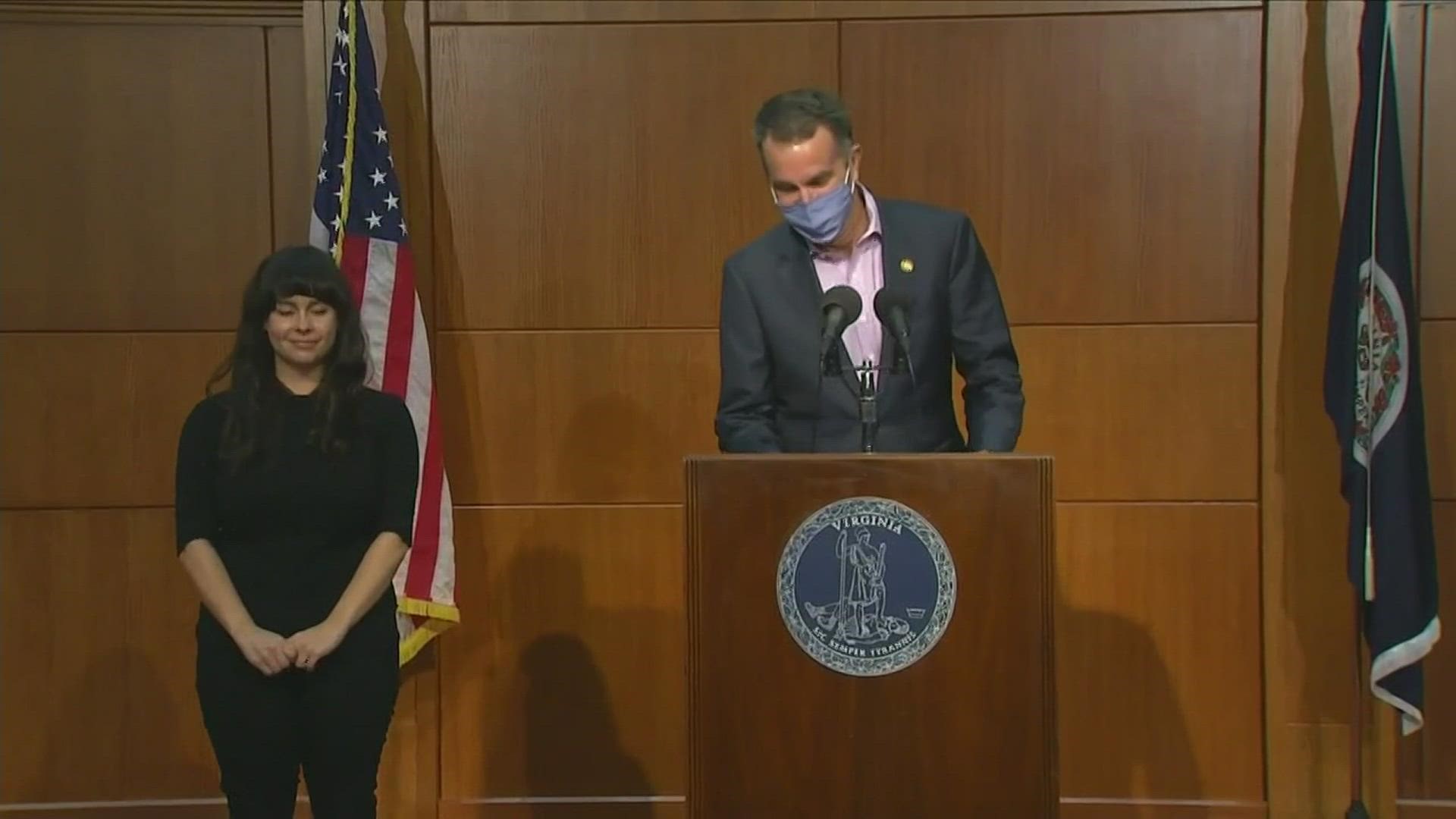 At a press conference. Northam said the Virginia Department of Health would be fielding an additional 100 health inspectors, on top of its existing 500, to perform unannounced visits at businesses across the state – particularly in the Tidewater Region, which has seen the largest increase in cases over the past two weeks.

“If you own a restaurant or business, and you’re not following the regulations, your license will be on the line, and we will not hesitate to take action,” Northam said. “Remember that you don’t have to serve a patron who won’t wear a face covering. You can ask them to leave.”

As WUSA9 reported on Friday, the rise in new cases in Virginia has primarily been driven by large increases in the state’s southeastern corner. Norfolk, for example, reported 518 new cases of the virus between June 27 and July 10 – a 62% increase.

RELATED: Virginia reported its highest COVID-19 count in a month on Friday. Here's where cases are growing

Meanwhile, Northern Virginia, which represents a third of Virginia residents and accounted for more than 60% of all new cases when the commonwealth began Phase I of reopening in June, now makes up just 20% of new daily cases.

Northam pointed to those who aren’t complying with social distancing and mask guidelines, and in particular young people, for the resurgence of cases in Virginia.

“A lot of that increase is driven by people socializing without wearing masks, especially young people,” Northam said. “As a matter of fact, the increase in the age group of 20-29-year-olds is up 250% from June.”

Northam said he is directing the Virginia Department of Health to send a letter to localities throughout the state reminding them to reinforce mask and social distancing rules. He also had a message for those Virginians who aren’t wearing masks.

“I want to be clear to people who are flouting the rules: You are being selfish, and you are hurting everyone who is trying to work together to beat this virus.”