According to a recent Johns Hopkins University study, around 1.6 million nonprofit jobs have been lost since spring. 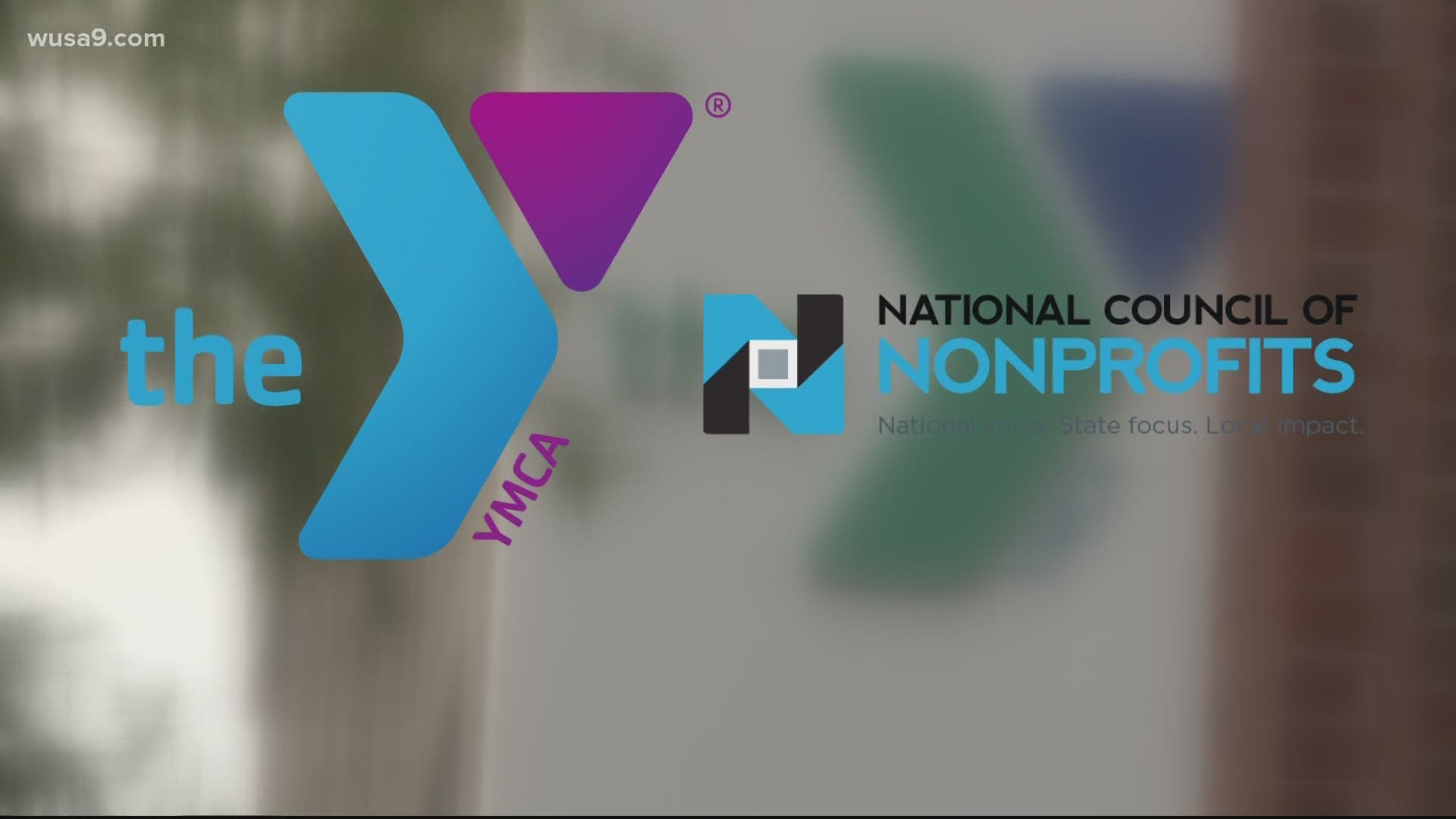 WASHINGTON — As the spread of coronavirus leads to surging amounts of people looking for food help and other assistance, the nonprofit organizations lending a helping hand are dealing with significant challenges of their own.

Months after the pandemic began, donations and revenues have plummeted as organizations deal with shutdowns and furloughs.

Despite the big changes, the demand for help has only grown.

"The need is just greater. It’s amplified five times over now," YMCA of Metropolitan Washington President Angie Reese-Hawkins said. "The lines are getting longer and longer. People are coming earlier and later.”

Soon after coronavirus became widespread in the DMV, the YMCA of Metropolitan Washington was forced to furlough around 80% of its staff. Months later, staffing levels are only around 30% of what they would be during normal operations.

Even with fewer hands to help, the facilities must continually be cleaned to maintain strict sanitizing guidelines.

"There’s not a day that goes by you don’t worry about it," Reese-Hawkins said. "You want to make sure your facilities are safe. You have to make sure you have all the supplies, all the cleaning solutions and all the sanitizing. It’s a lot of effort.”

The plight of nonprofits:
Just spoke to the @ymcadc.

*Revenue is currently down 70% for the year
*Due to furloughs, staffing is around 30% of what it is normally.

On the financial side, Reese-Hawkins said that revenues are down around 70% compared to the same time last year.

"Your membership is making decisions that they have to make economically because everybody is in economic despair," she said. "It’s just really been a struggle. We’ve really asked people to stay with us and give and support us.”

With the YMCA dealing with its own hardships now, team members have seen the issue of hunger up close at food bank events.

"When I think about all the cars that are in line to get food from us and how many cars are left when the food runs out, it’s frightening," Reese-Hawkins said. "It’s getting more amazing to me that we’ve been able to do what we do but the need is continuing to grow.”

The YMCA is far from the only nonprofit organization navigating through troubled times.

According to a recent Johns Hopkins University study, around 1.6 million nonprofit jobs have been lost since spring.

With so many organizations impacted by the pandemic, more than 4,000 nonprofits from 50 states have signed a petition calling on Congress to provide more support.

The Nonprofit Community Letter, as the petition is known, specifically mentions how the Paycheck Protection Program should be expanded and extended by leaders.

"We really need Congress to act," National Council of Nonprofits President and CEO Tim Delaney said. "We need that money to be replenished so that nonprofits have access to that.”

In the meantime, the YMCA of Metropolitan Washington hoped a supportive community would help it keep meeting the needs of so many people.

"It’s a few of us doing a lot of work," Reese-Hawkins said. "We’re resourceful. We’ll figure it out.”