#DontExcludeMe: No relief plan for undocumented workers in DC 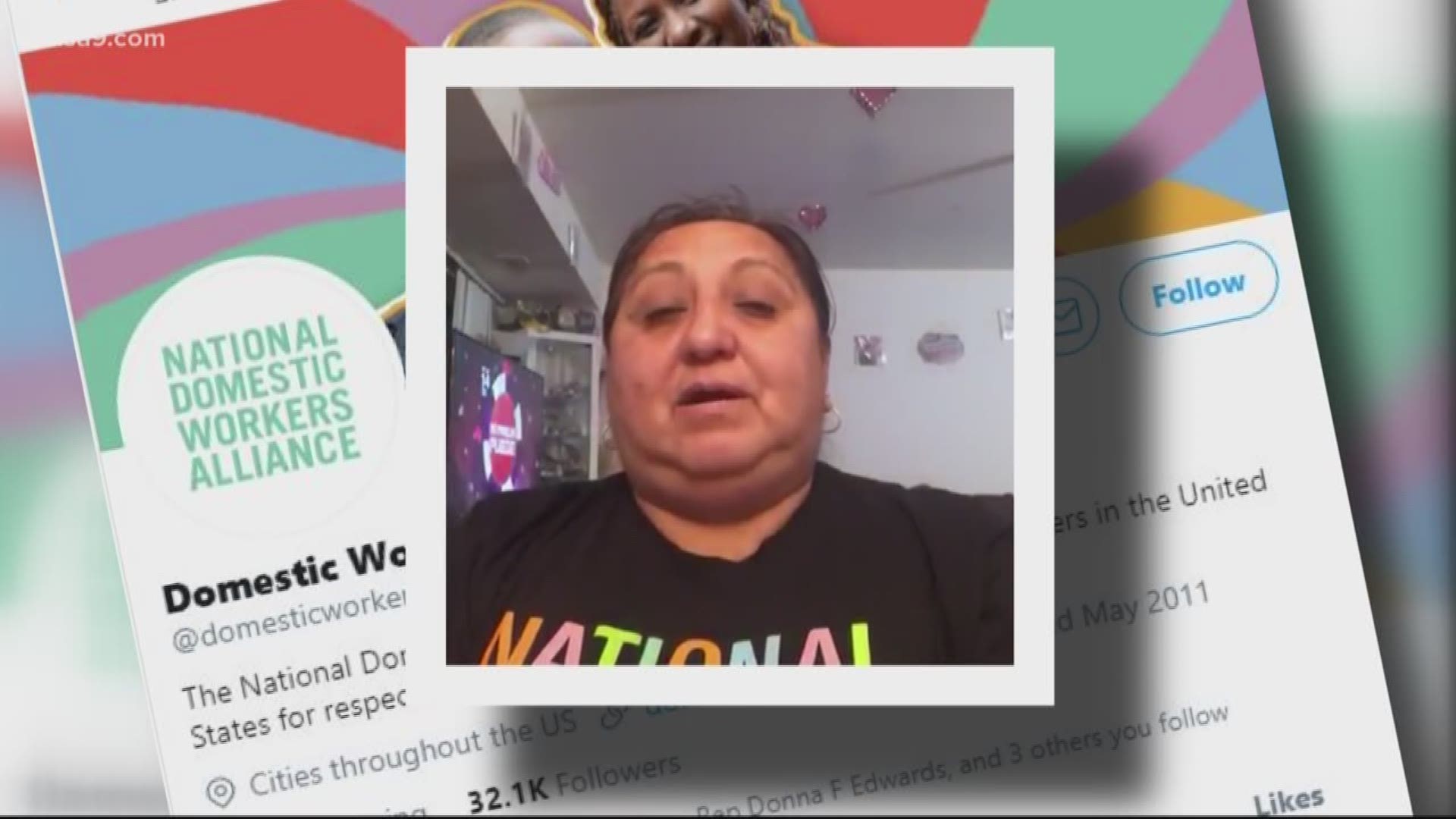 WASHINGTON — D.C.'s leaders say they are still casting for a solution to provide relief for an unknown number of undocumented workers who are now unemployed.

An emergency relief bill set for a vote in the D.C. City Council on Tuesday has had proposed benefits for undocumented workers stripped out of it over protests from organizers like the National Domestic Worker's Alliance.

Relief for undocumented workers would cost D.C.'s government $33 million that it cannot afford, according to D.C. Council Chairman Phil Mendelson.

Even so, Mendelson said "we want to try to help" as he briefed reporters Monday.

Undocumented workers do not qualify for unemployment and federal relief benefits.

Using the hashtag #DontExcludeMe, the National Domestic Worker's Alliance has been posting videos of unemployed workers saying they now have no safety net.

According to a spokesperson for D.C. Mayor Muriel Bowser, much of the aid the District will provide under the bill is coming from the federal government, which prohibits giving benefits to undocumented workers.

Mayor Bowser is working with the D.C. Council to find ways to support and allocate more resources to the immigrant community in the upcoming days, the Mayor's Office said.

One possibility being investigated is grants to non-profit organizations that can assist undocumented workers.

In Maryland, Montgomery County has allocated $5 million for grants to non-profit organizations.